“Diamond Mine” Debuts on NXT 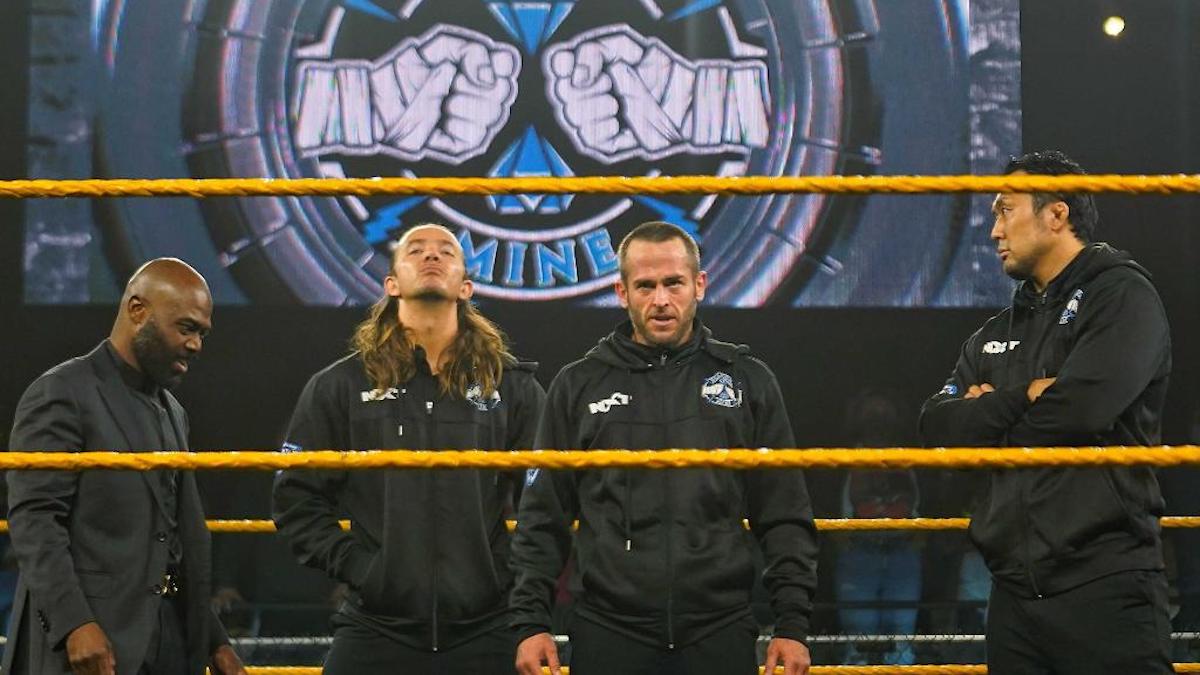 Diamond Mine, a stable that has been teased for weeks on NXT, debuted on tonight’s episode and consists of Roderick Strong, Tyler Rust and Hideki Suzuki, managed by Malcolm Bivens.

After Kyle O’Reilly defeated Kushida in tonight’s main event, Adam Cole ran out and attacked O’Reilly, then the two brawled as security tried to break them up all the way to the back. Suddenly in the ring, a hooded man ran in and attacked Kushida. He took off his hoodie and revealed himself to be Roderick Strong. Strong posed with Tyler Rust and Suzuki as Malcolm Bivens grabbed Kushida’s Cruiserweight Championship and threw it down on him.

Strong was last seen on the April 13 NXT episode, when he seemingly quit, giving his “papers” to William Regal.

Rust, who was already managed by Malcolm Bivens, last wrestled on the March 31 NXT episode.

Suzuki first signed with WWE in April and was said to be joining the WWE Performance Center’s coaching staff. Suzuki is an independent Japanese wrestler, working for promotions like Big Japan Pro Wrestling, All Japan Pro Wrestling, DDT and NOAH. He was ranked by Pro Wrestling Illustrated as the #122 wrestler in the world in 2018.