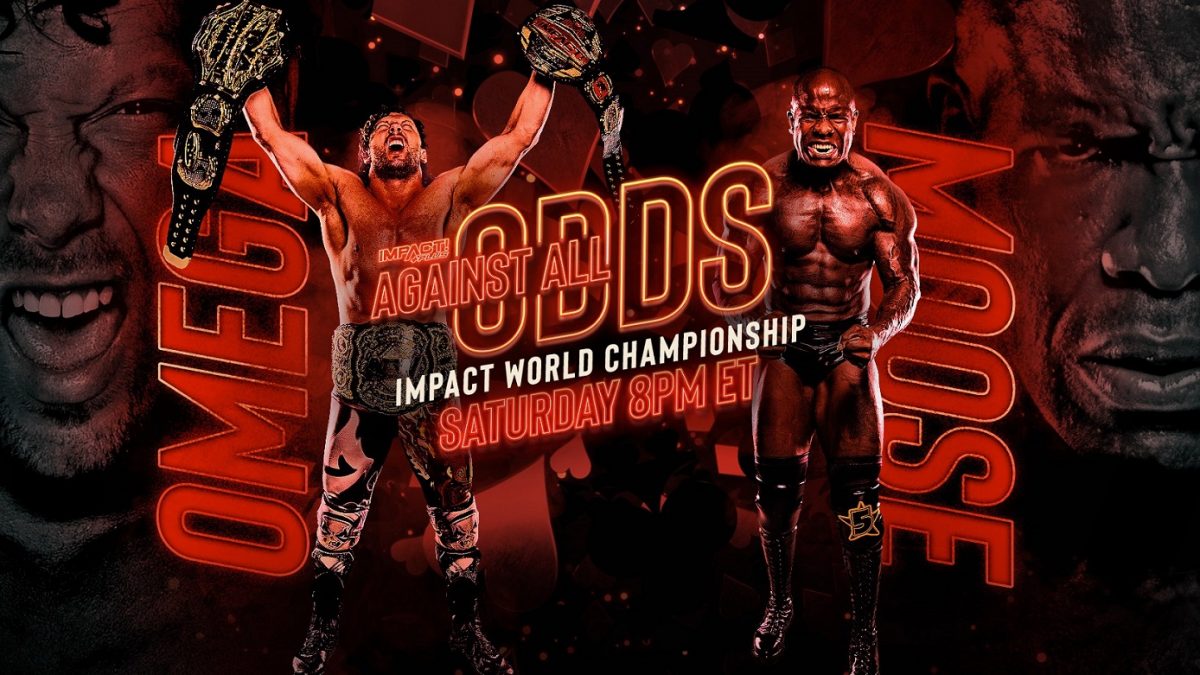 This Saturday, Kenny Omega is scheduled to defend the Impact World Championship against Moose at Impact’s “Against All Odds” Impact Plus special.

It was announced on tonight’s Impact episode that that match will take place on AEW’s home turf, Daily’s Place in Jacksonville, FL.

Tony Khan appeared on tonight’s episode in an “Impact and AEW summit” in-ring segment between Khan, Impact exec Scott D’Amore and Don Callis. D’Amore was considering adding Sami Callihan to the title match to make it a three way and Callis was trying to convince him against it, calling Callihan a dangerous loose cannon. In the end, D’Amore kept the match as a singles bout between Omega and Moose… but the winner will go on to defend the title against Callihan at the Impact Slammiversary PPV on July 17.

Khan said that the best place to have such a big match (between Omega and Moose) would be at the “best wrestling venue in the world,” Daily’s Place.

It’s not clear if the main event will be pre-taped or if there will be any crowd in attendance.