Ted DiBiase Brings Back the Million Dollar Championship in NXT 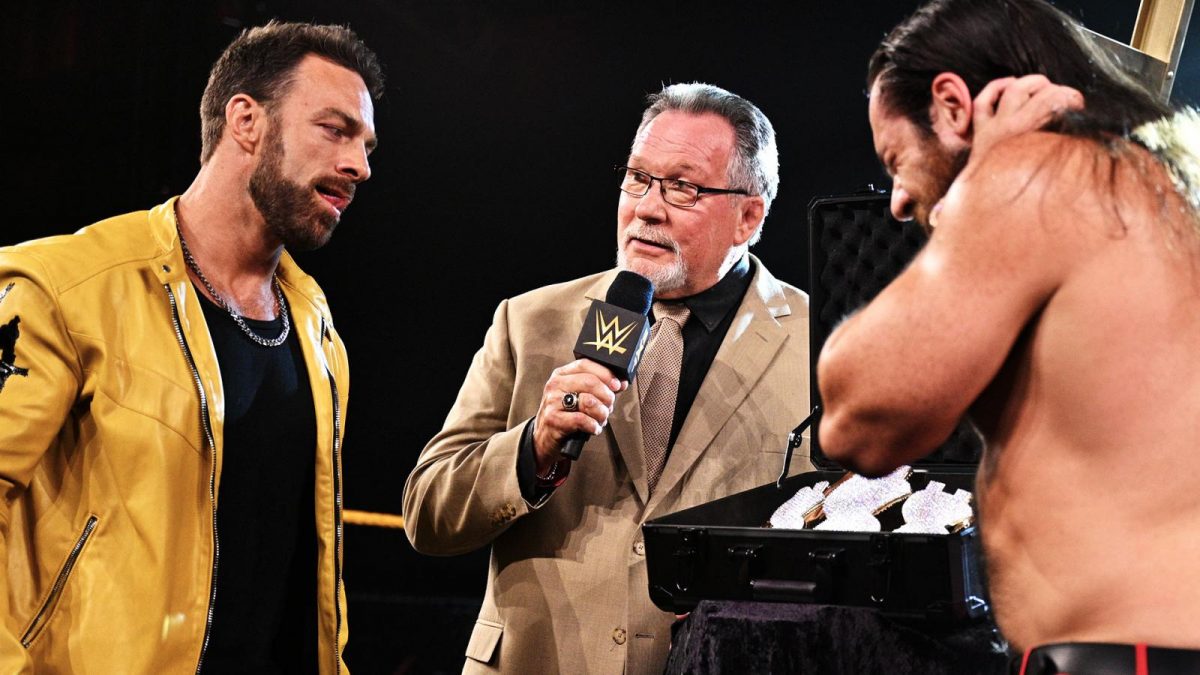 “The Million Dollar Man” brought back the Million Dollar Championship tonight on NXT and announced that the winner of the Cameron Grimes vs. LA Knight Ladder Match at NXT TakeOver: In Your House this Sunday will be crowned the new champ.

During an in-ring segment with DiBiase, Grimes and Knight, DiBiase opened a briefcase and said, “Gentlemen, I want you to know that the both of you will fight, crawl, grab, use every fiber of energy and every muscle in your body just so you can have this… And this Sunday at In Your House, whoever wins this ladder match will have become the new Million Dollar Champion.”

The Million Dollar Championship was first introduced in 1989, specially made for DiBiase, who claimed that it was worth $1 million (in reality, he later said the cost was around $40,000). The belt was briefly brought back in 1996 and given to Steve Austin when DiBiase managed him and Austin was known as The Ringmaster. DiBiase later appeared with the belt sporadically in the 2000s during guest appearances, and the belt was used in 2010 by his son Ted DiBiase Jr.