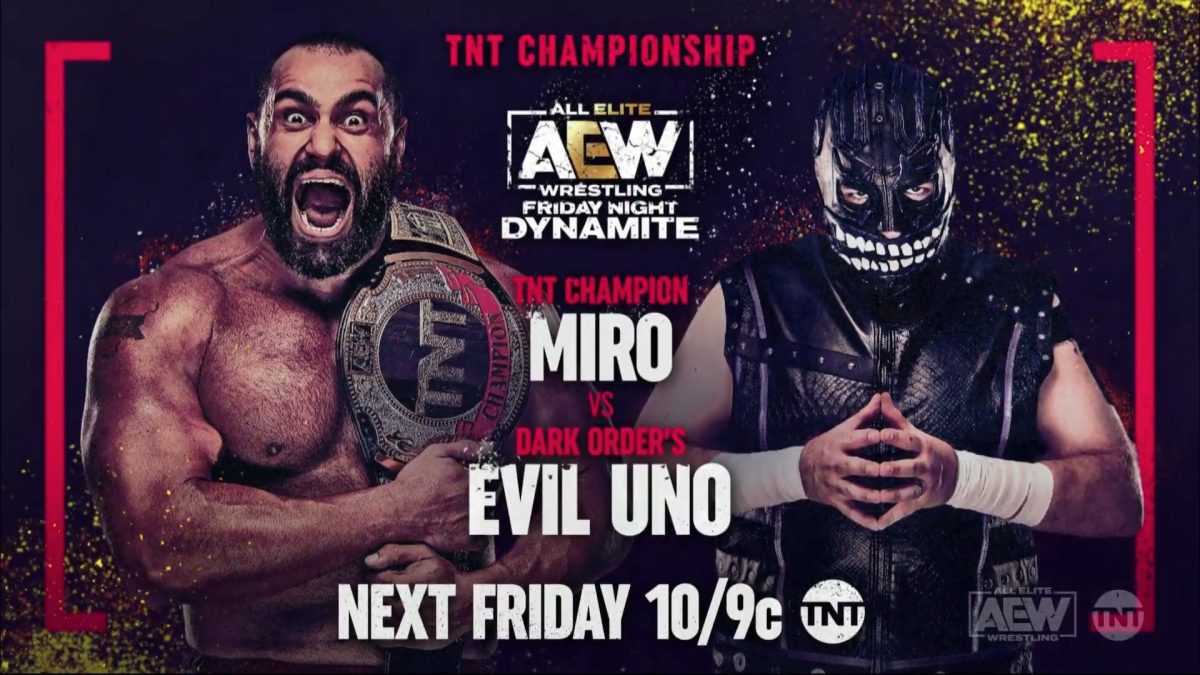 AEW announced the following three matches for next week’s AEW Dynamite, which will again air on Friday at 10 PM ET because of the NBA on TNT.

Also, the Kenny Omega vs. Jungle Boy World Championship match has been moved to three weeks from now on the Saturday, June 26 Dynamite.

The Dynamite before that is rumored to also air on a Saturday on June 19, but no official date has been announced yet. It looks like Dynamite won’t be back to its normal Wednesday time slot until at least July.