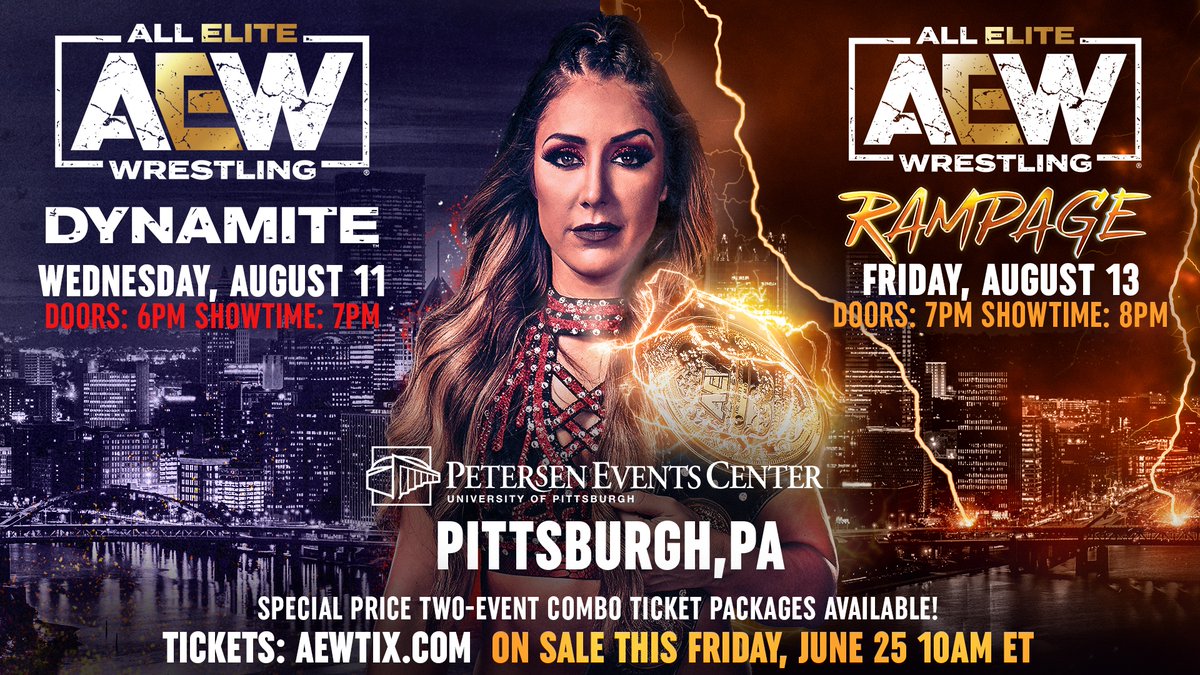 AEW recently announced that they will be making their return to Pittsburgh, Pennsylvania for two events this August.

The first event will be for a Dynamite taping on August 11th at the Petersen Events Center in the University of Pittsburgh.

The second event will be for the debut episode of their upcoming new Rampage television series on August 13th at the same venue.

The company also announced that tickets for both events will go on sale starting this Friday.

Pittsburgh get ready the #SteelCity is in for a double dose of #AEW when we return to the @Petersen_Events for two LIVE broadcasts
Wed, Aug 11 – #AEWDynamite
Fri, Aug 13 – @AEWRampage Premiere
Tickets go on-sale THIS FRIDAY, June 25 at 10am Eastern
🎫- https://t.co/UN1cNiJJrQ pic.twitter.com/8oj0NUQyzi

A trademark for “The Rock of Jericho” was filed on June 18th by Jericho for music and entertainment-related purposes.

A trademark for “Andrade el Idolo” was filed on June 17th by Andrade for wrestling and entertainment-related purposes.

Keith Lee’s trademark filing for his current ring name reportedly recently ran into legal issues, according to HeelByNature.com. It was reported that the USPTO sent a letter to Lee’s lawyer on June 21st stating that his filing was revealed to be in conflict with an earlier filing for “Keith Lee” by WWE. It was also reported that Lee’s filing status will not be resolved until WWE’s own legal issues regarding their trademark filing are resolved first.

Major League Wrestling announced that they will be running this year’s Fightland event on October 2nd in Philadelphia, Pennsylvania.

Ring of Honor announced that Max The Impaler is their next official entrant for their upcoming Women’s World Championship tournament, which takes place this summer.

Mickie James recently announced on Instagram that she will be competing for the National Wrestling Alliance at their 73rd Anniversary event on August 27th in St. Louis, Missouri.

Xaiver Woods recently announced that he will be the official host for EA’s upcoming Play Live event on July 22nd.

Global Syndicate Pro Wrestling announced a new match for the card of Night 2 of their Global Festival 2021 event on August 21st in Asbury Park, New Jersey: