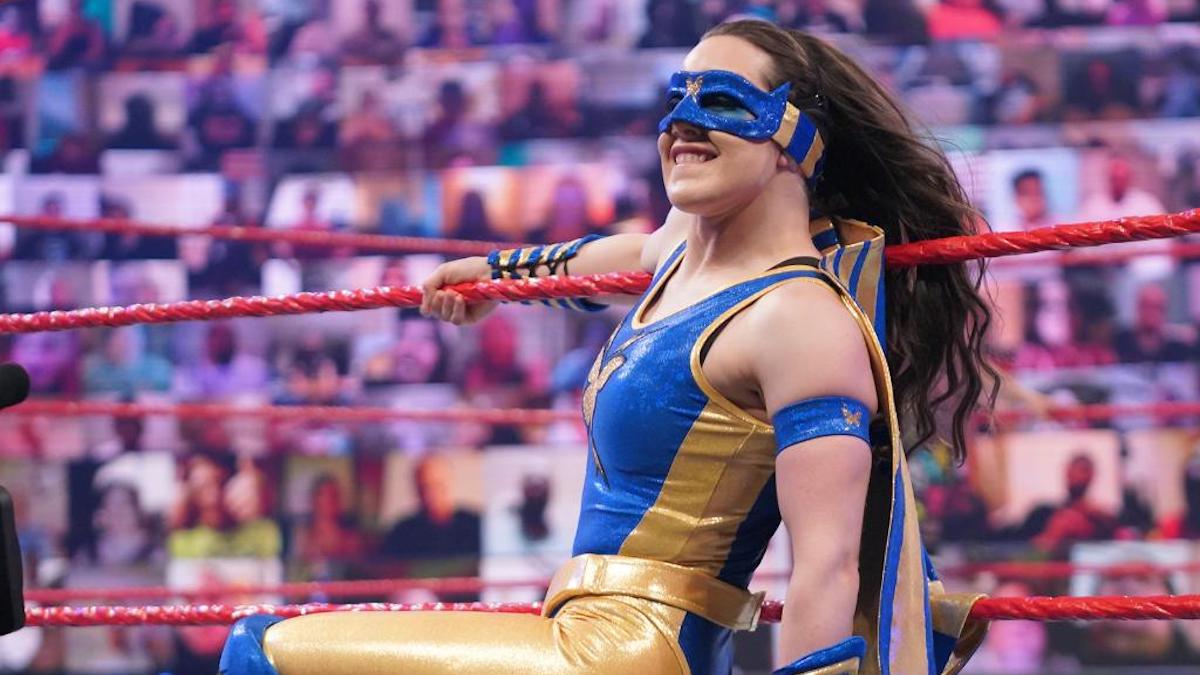 Monday’s episode of WWE RAW featured Nikki Cross debuting a new superhero persona. Cross teamed up with Alexa Bliss and defeated Nia Jax and Shanya Baszler to earn their spots in the Women’s Money in the Bank Ladder match at next month’s Money in the Bank 2021 event.

Following the show, Nikki Cross reflected on Twitter about the debut of her new superhero character.

Bringing THIS to life has given me such joy. The roll I have been on @wwe gave me the boost I needed to unveil this to the 🌎 , that everyone has that spark and they can try anything they want to, just listen to your heart.

I want to blossom like a butterfly. I want us all to pic.twitter.com/PRz7mm2NJ6

PWInsider’s Mike Johnson reported that Bekcy Lynch was seen in attendance backstage during this past Sunday’s Hell in a Cell 2021 event. Lynch has been out of action for WWE since May of 2020 due to maternity reasons and visited WWE’s Performance Center this past week for training-related purposes for her upcoming return to the company.

The Wrestling Observer’s Dave Meltzer reported in Monday’s Daily Update that this past Sunday’s Hell in a Cell 2021 generated around 200,000 searches on Google. Meltzer reported that WWE’s event ranked #10 for most Google searches that night.

This past Friday’s episode of WWE Friday Night SmackDown drew a final viewership of 2,040,000 on FOX, according to Wrestlenomics. This was up compared to the initial overnight number of 1,926,000 viewers on the network.