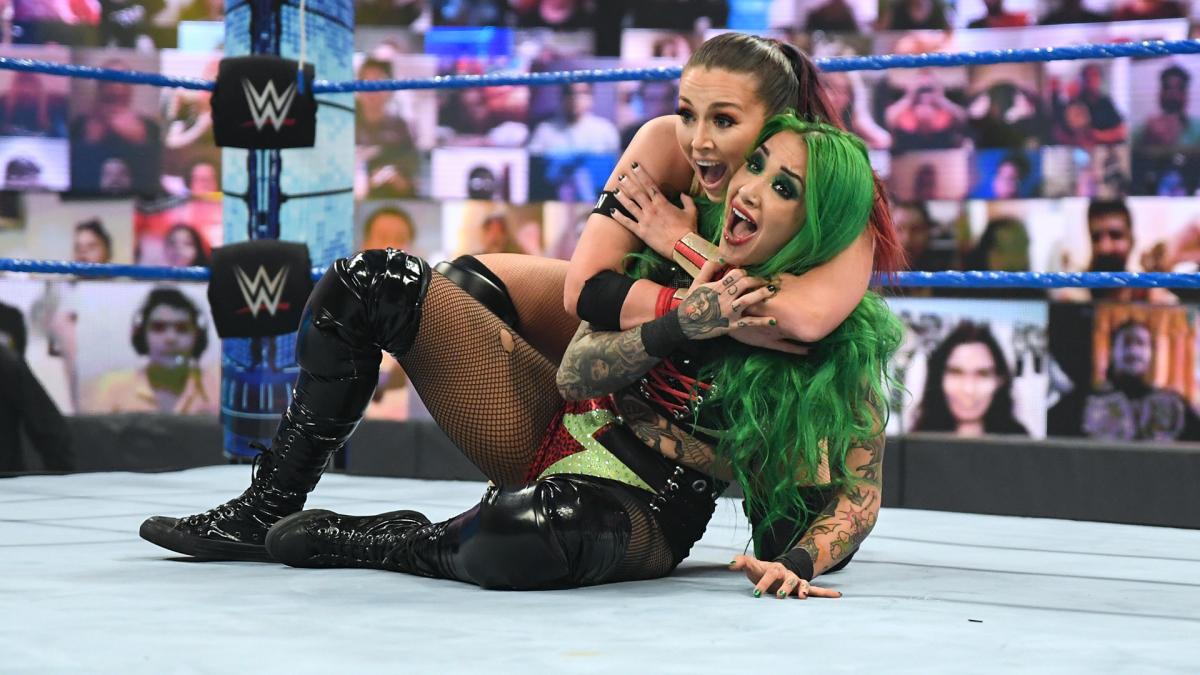 Toni Storm, Shotzi Blackheart and Tegan Nox have been moved from NXT to SmackDown.

Nox and Blackheart wrestled tonight on SmackDown, while Toni Storm got a “coming soon” video.

Nox and Blackheart came out to wrestle the WWE Women’s Tag Team Champions, Natalya & Tamina in a non-title match, and won the match with a senton by Shotzi on Natalya.

Nox just returned from an ACL injury this week on NXT and appeared to be starting a feud with Candice LeRae. Blackheart has been teaming with Ember Moon in NXT. Moon was previously on the main roster, but returned to NXT in September 2020 after coming back from an injury.

For Toni Storm, WWE aired a video hyping that she was “coming soon” to SmackDown.

Make way for #ToniStorm because she’s coming to #SmackDown!

Storm, Shotzi and Nox have all wrestled in at least one dark match before Raw or SmackDown within the past few weeks.