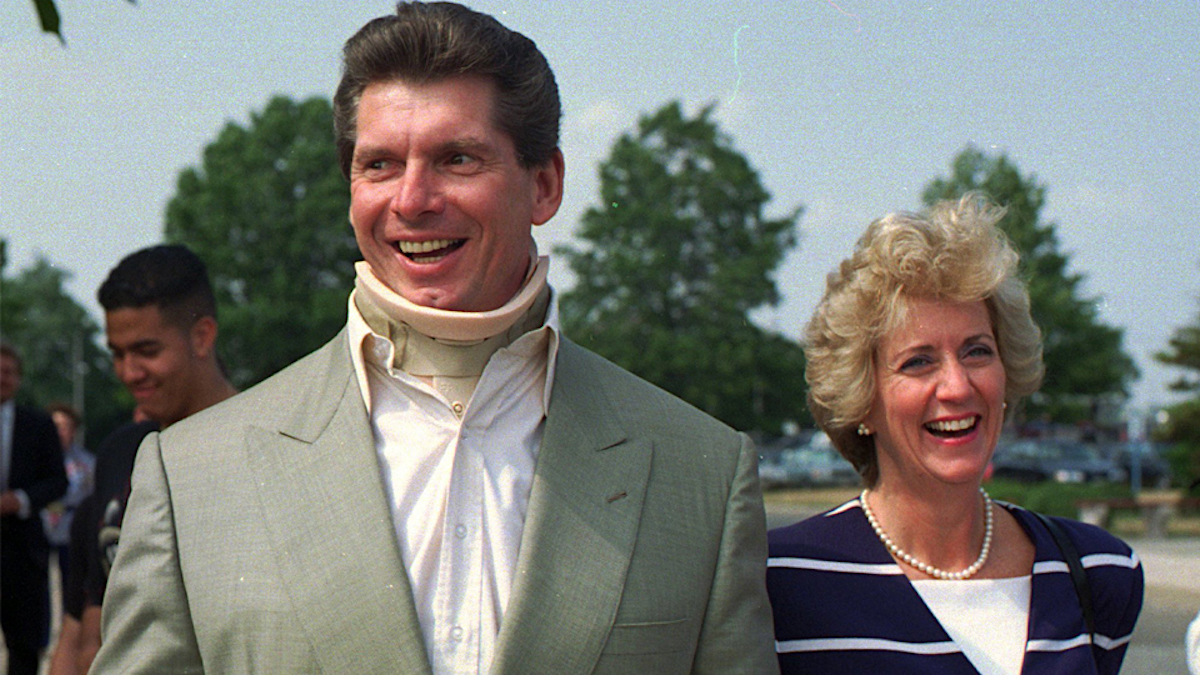 WWE announced that they will be producing a TV drama miniseries called “The United States of America Vs. Vince McMahon,” which “will delve into WWE during the 1990s” and will specifically center around the WWF steroid trial of 1994, when “the U.S. government indicted McMahon for allegedly supplying anabolic steroids to WWE talent.”

No TV partner or release date has been announced for the series yet.

WWE and Blumhouse Partner to Develop ‘The United States of America Vs. Vince McMahon’

LOS ANGELES & STAMFORD, Conn.–(BUSINESS WIRE)– WWE® (NYSE: WWE) and Blumhouse Television are partnering to develop a limited scripted series called, The United States of America Vs. Vince McMahon. Jason Blum’s company, Blumhouse, will develop the series for television, led by Blumhouse TV President Chris McCumber. The series, The United States of America Vs. Vince McMahon, will be the first-ever scripted dramatic portrayal of a chapter in WWE’s history. Additionally, it is also the first scripted portrayal of McMahon as well as many of the legendary Superstars of that era.

The show will delve into WWE during the 1990s, at the time Rupert Murdoch had purchased the New York Post to further his massive infiltration into the U.S. media landscape. For years, infamous Post writer Phil Mushnick regularly hammered WWE Chairman & CEO Vince McMahon in his column. Headlines like “Legislators Give WWE A Free Pass On ‘Roids” and “McMahon Skips Through the Cemetery” eventually captured the attention of the FBI and the U.S. Attorney’s office for the Southern District of New York – the nation’s most prestigious federal prosecutor’s office with a conviction rate of over 96 percent.

In 1994, the U.S. government indicted McMahon for allegedly supplying anabolic steroids to WWE talent. McMahon, with his liberty at stake, two school-aged children at home and with WWE on the brink of bankruptcy, refused to take a plea deal. Ultimately, McMahon stood trial and was acquitted unanimously by a jury of his peers and went on to build a multi-billion-dollar global sports entertainment empire.

“Jason, Chris and their team at Blumhouse create amazing work and we look forward to delivering an inside look into one of the most pivotal moments in our company’s history,” said Kevin Dunn, WWE Executive Producer & Chief of Global Television Distribution.

“We have a dramatic, riveting saga – one that’s crazier than fiction – that will appeal to the cross-section of Blumhouse and WWE fans,” said Chris McCumber, Blumhouse Television President. “To say I’m thrilled about collaborating again with WWE is an understatement.”

McMahon, Dunn, Blum, McCumber and Jeremy Gold will serve as executive producers on the project.

The Blumhouse Television team, led by McCumber, have made several significant development announcements in the last few weeks, including: the straight-to-series pick-up of The Thing About Pam, starring Renee Zellweger in her broadcast TV debut for NBC; Blumhouse Ghost Story, the scripted series based on The Battersea Poltergeist BBC podcast, and the companion unscripted series; the continuing series based on Patricia Cornwell’s world’s best-selling “Kay Scarpetta” novels for a major; and the exclusive multi-year partnership with ITV America for provocative, disruptive and terrifying content to every corner of the non-fiction space, including Escape the Maze (wt) the first project derived from the partnership; among several other announcements.