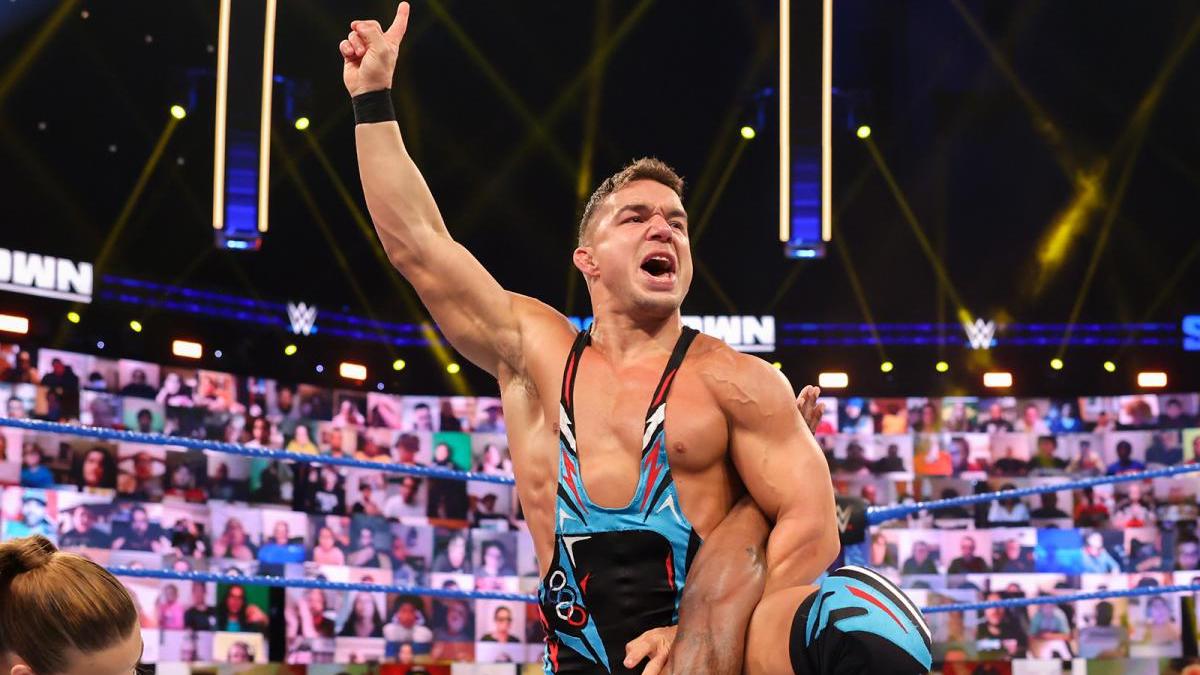 Chad Gable’s current contract with WWE had been rumored to be expiring in May of this year based on a tweet made by FTR’s Dax Harwood this past March. Harwood’s tweet was in response to Gable’s tweet at the time about him teaming up with Otis on WWE’s SmackDown brand.

Fightful Select reported that Harwood’s tweet was actually made “in jest” and instead Gable’s contract with WWE still has plenty of time left on it. This reportedly was the reason why there has been a lack of news regarding the status of his contract in recent months.

It was also reported that several AEW talent spoken to stated that they would push heavily for Gable to be signed by AEW once he becomes available on the market.

Bleacher Report held a recent interview with Eva Marie. One of the topics discussed included Marie’s thoughts on her recent return to WWE and the company’s original plans for her return date.

“There’s always so many things where creatively, story-wise, there were so many thing where I was going to come back before ‘Mania, and then I wasn’t.Timing is everything, and just making sure it made sense. That’s kind of where it was at where I thought I was returning a lot sooner, and then it didn’t make sense. WrestleMania wasn’t the right moment, and right after wasn’t, either. It was just looking for that right little slot to insert the storyline and create it and start it.”

In a separate interview with TV Insider, Marie gave her thoughts on being paired with Doudrop, former Piper Niven in WWE NXT UK, as part of her return to the company.

“I knew for quite some time about getting paired with Doudrop and the vignettes and going into that creatively. It was a matter of the timing of when it would be put in the actual show. It just so happened that now is the time. The fact that I got to experience the ThunderDome before we actually start having live crowds again is amazing. Having Doudrop to work with is awesome. Not only is she an incredible athlete, but I enjoy working with her because it creates another element to the division.”

A trademark for “Nikki ASH” was filed on June 25th for wrestling and entertainment-related purposes.

Trademarks for “Nikki Ashe”, “Nikki Aash”, and “Nikkiash” were filed on July 1st for similar purposes.