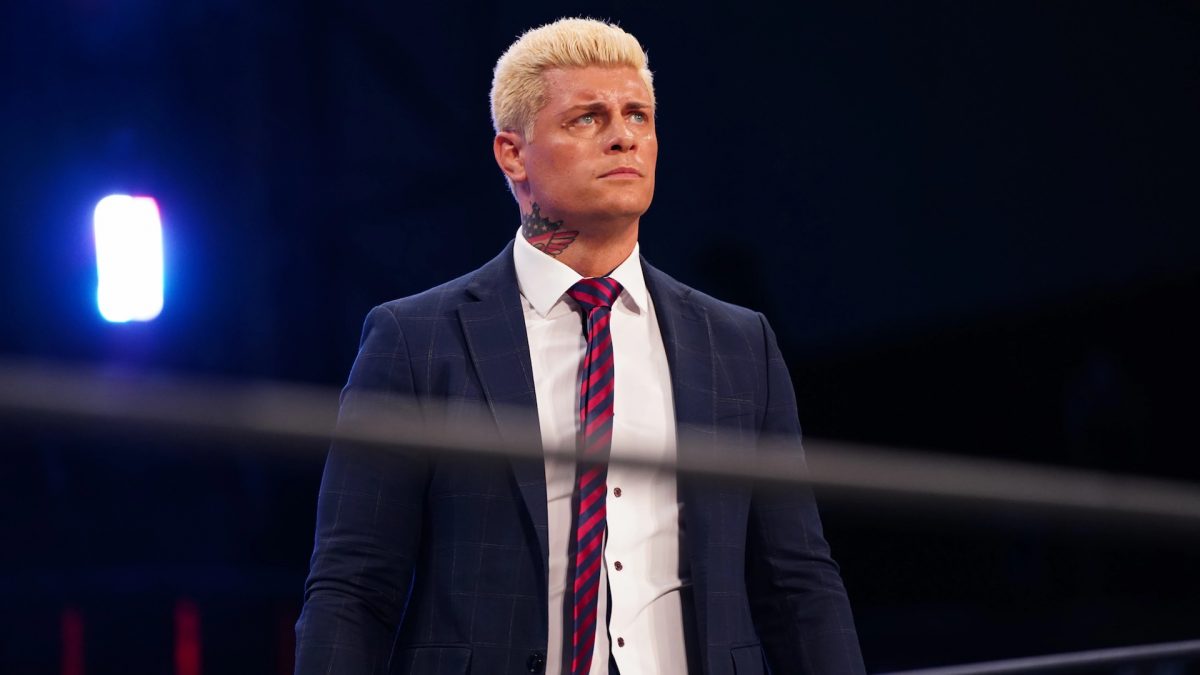 After Black beat him in a dominating fashion, Rhodes was interviewed in the ring by Tony Schiavone and began thanking the fans for everything and talking about giving opportunities to others. He then got down and took off his boot and placed it in the ring, signaling that he was retiring. But after he placed his first boot down, Malakai Black appeared from behind and nailed him in the back with a crutch that Cody used to help stand himself up after the match.

After the show went off the air, Cody took off his other boot and left it in the ring, then went backstage, waving to the fans.

POST #AEWDynamite – @CodyRhodes removes his other boot and departs the @AEW ring. pic.twitter.com/MJvGbb5ZXd

It was a strange segment and though signs point to it being a work, it’s unclear at this time.

What’s clear is that Cody will now go off to shoot season two of TBS’s Go-Big Show. Last year, he was away for about a month shooting season one. Before leaving, he was memorably squashed and destroyed after the match by Brodie Lee.