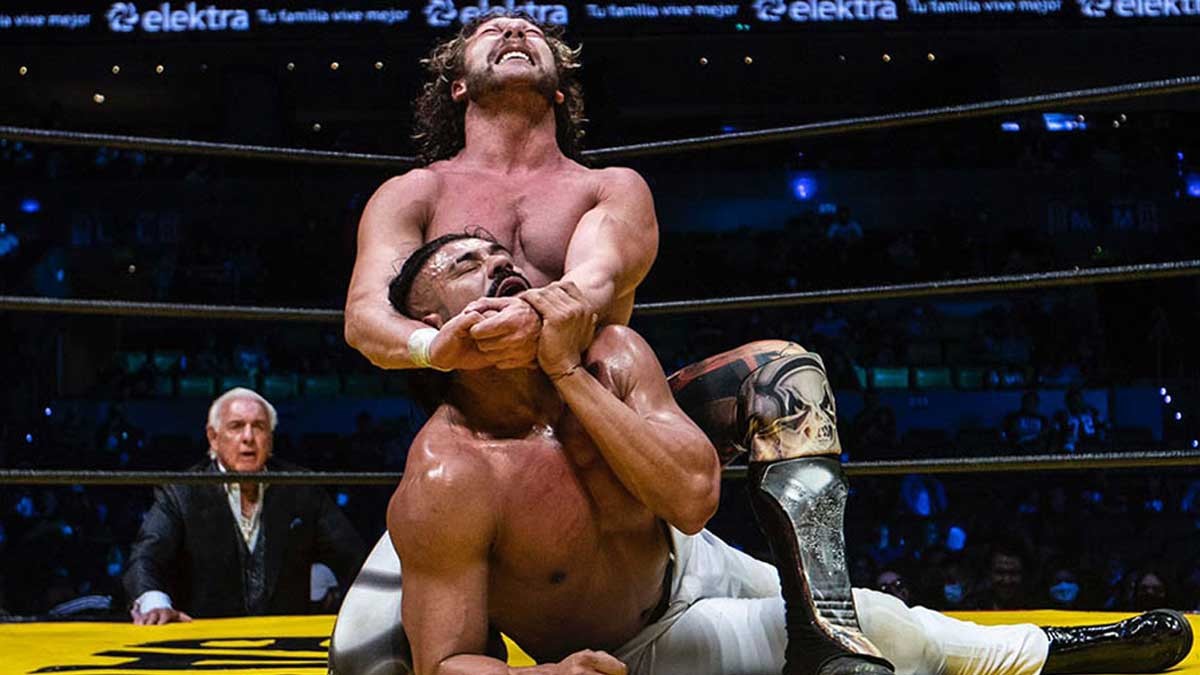 This past Saturday’s Lucha Libre AAA Triplemania XXIX event featured an AAA Mega Championship match between Andrade and Kenny Omega, which was won by Omega. AEW officials had contacted AAA prior to the event requesting for Omega to retain his title due to them not wanting Omega to lose multiple high profile title matches within the span of two days.

Dave Meltzer reported in a recent episode of the Wrestling Observer Radio that Omega had requested for the decision to be reverted back to the original plans of Andrade winning the Mega title after traveling to Mexico City and being informed that Ric Flair would be appearing at the event.

Meltzer reported that Omega also came up with the idea for Flair to be involved in the match and its finish that would have led to Andrade winning title.

AEW’s Tony Khan reportedly was willing to change his mind after Omega’s proposal but AAA co-owner Dorian Roldan made the final call for Omega to retain his title. AAA officials reportedly are currently considering plans for the next Mega title feud and match to be between Omega and Psycho Clown.