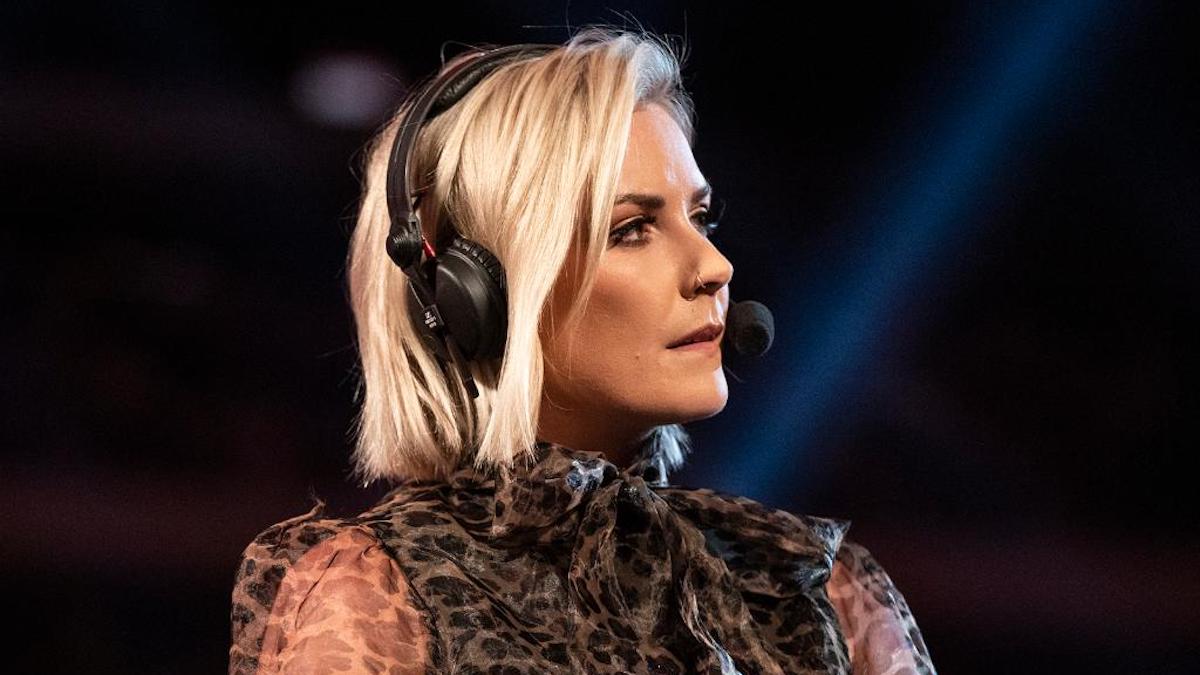 A recent episode of the WrestlingInc Daily podcast had Renee Paquette, former Renee Young in WWE, as the guest. Some of the topics discussed included the current status of her WWE non-compete clause, remaining involved with wrestling, and her interest in possibly joining AEW in the near future.

On the topic of the current status of her WWE non-compete clause, Paquette stated:

“My non-compete with WWE is nearly up … I still have a good standing relationship with WWE. There’s no ill-will or bad blood or anything like that.”

On the topic of her remaining involved with wrestling, Paquette stated:

On the topic of her interest in possibly joining AEW in the near future, Paquette stated:

“Looking at AEW, I think there are endless opportunities of other things I could be doing over there, if that was to be something that came up down the line. I’ve honestly not put much thought into it.”

Here is the partial card for Night 2 of NJPW’s Super Junior Tag League 2021 tournament, which takes place this Sunday at the Korakuen Hall in Tokyo, Japan. Night 2 airs live on New Japan World starting at 5:30AM EST.

Major League Wrestling announced that they have moved their November 6th MLW Fusion television tapings from its originally scheduled location of Cicero Stadium in Cicero, Illinois to its new location of 2300 Arena in Philadelphia, Pennsylvania. No official reason was given for the change in venue but the company is currently accepting refunds for those who purchased tickets for the tapings in Cicero.

A GoFundMe fundrasier was recently launched to help financially support the family of the late Bobby Eaton for his funeral costs. Wrestling-based clothing company COLLARxELBOW is currently selling a special Bobby Eaton Memorial t-shirt with all proceeds going directly to Eaton’s family.

Dave Meltzer reported in this week’s Wrestling Observer Newsletter that Jay White, David Finlay, and Juice Robinson are currently not expected to be competing in this year’s G1 Climax tournament for New Japan Pro Wrestling. Meltzer reported that the reason is due to both scheduling issues with NJPW’s Strong television tapings for the months of September and October in the United States and quarantine-related travel issues for the coronavirus pandemic in Japan. All three are among the talents currently advertised to be appearing at the upcoming tapings for Strong in the U.S.

This past Wednesday’s episode of Ring of Honor’s Women’s Division Wednesday featured a surprise appearance by former TNA/Impact Wrestling President Dixie Carter. At the start of the show, Carter gave a message wishing good luck to all competing in ROH’s Women’s World Championship tournament.

ROH recently added four new matches to the card of their Glory By Honor 2021 events on August 20-21 in Philadelphia, Pennsylvania: