Andrade vs. Pac No Longer Happening at All Out Due to “Travel Issues” 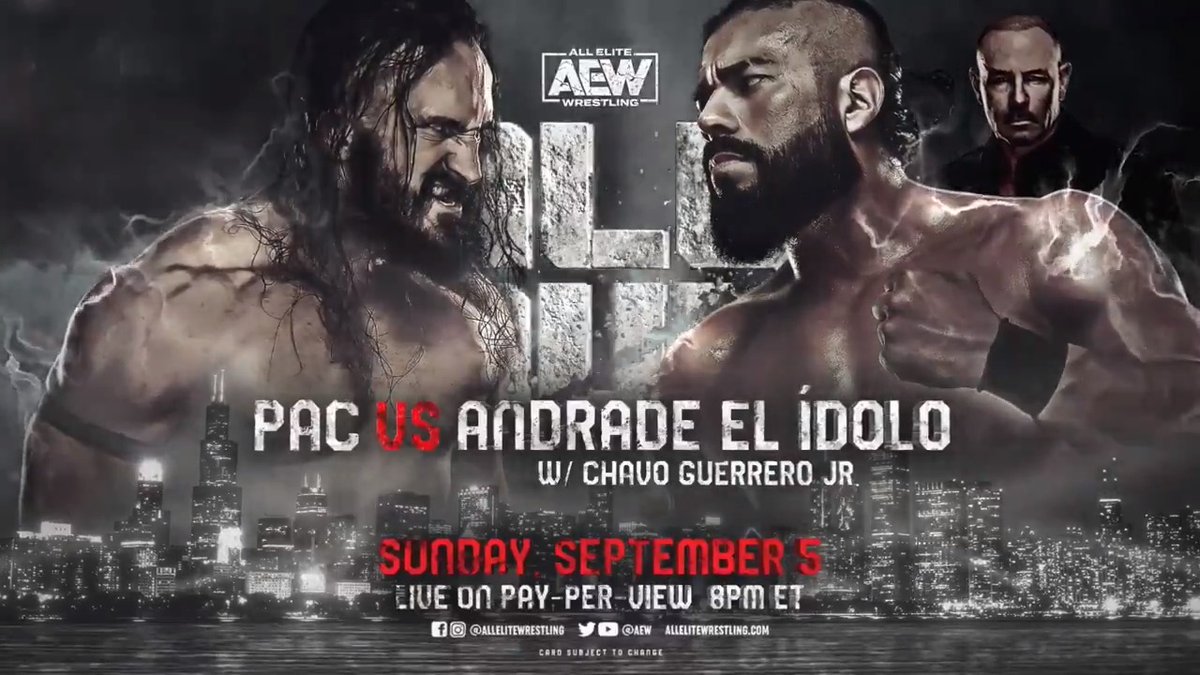 Tony Khan tweeted tonight that the scheduled Andrade El Idolo vs. Pac match at Sunday’s All Out PPV will no longer be taking place due to “travel issues.”

Thank you to you fans supporting #AEWDynamite LIVE next on TNT! The Women’s Casino Battle Royale, which was booked on the Buy In, will now be featured on the ALL OUT ppv card. Due to travel issues, the @BASTARDPAC vs. @AndradeElIdolo bout is postponed until a future #AEWRampage

Presumably, it’s an issue with Pac, who lives in the United Kingdom, being able to travel to the US. He has missed at least a couple of Dynamite episodes recently due to travel issues.

Andrade tweeted about the news:

I just wasted my time! It’s like in boxing, when they don’t make weight, the fighter has to be fined a sum of money Or is he just not ready to face me and he wants more time! @AEW #AEWAllOut #TranquilaRaza 👊🏼👊🏼👊🏼💀 https://t.co/InjjLjhRjU

Khan said that the women’s Casino Battle Royale, which was scheduled for the Buy In pre-show, will now take place on the main PPV card. A new Buy In match was announced tonight on Dynamite: Orange Cassidy, Chuck Taylor, Wheeler Yuta & Jurassic Express vs. Matt Hardy, Private Party & TH2