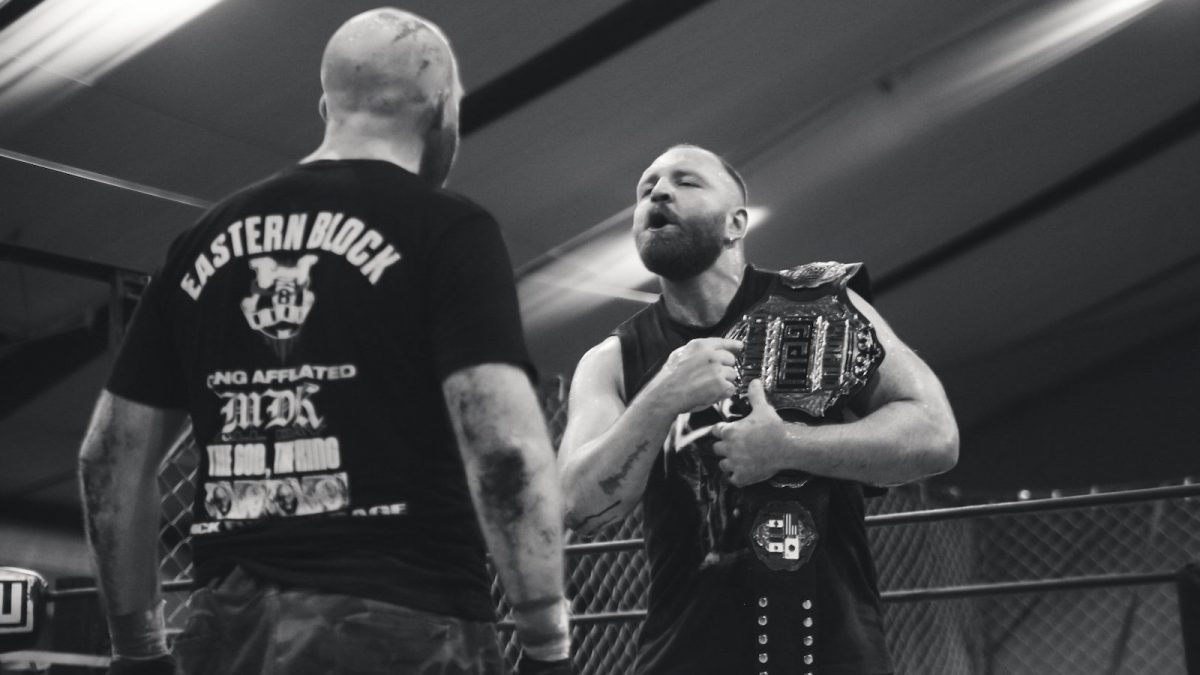 Matt Cardona issued an open challenge, then introduced Frank the Clown as his opponent and hit him with a belt shot and quickly beat him. G-Raver and a group of “druids” then came out to the ring, but Cardona took them all out except for one… The one remaining masked druid then suddenly nailed Cardona with a Paradigm Shift, then took off his hood to reveal himself as Jon Moxley.

Moxley then set up a few light tubes in the ring and hit Cardona with another Paradigm Shift onto them and pinned Cardona to become the new GCW Champion. This ended Cardona’s championship reign at 42 days. He defeated Nick Gage on July 24.

After the match, Nick Gage came out to the ring to confront and challenge Moxley. They got in each other’s face, and will wrestle for the title in a death match at a GCW show on October 9 in Atlantic City, NJ.