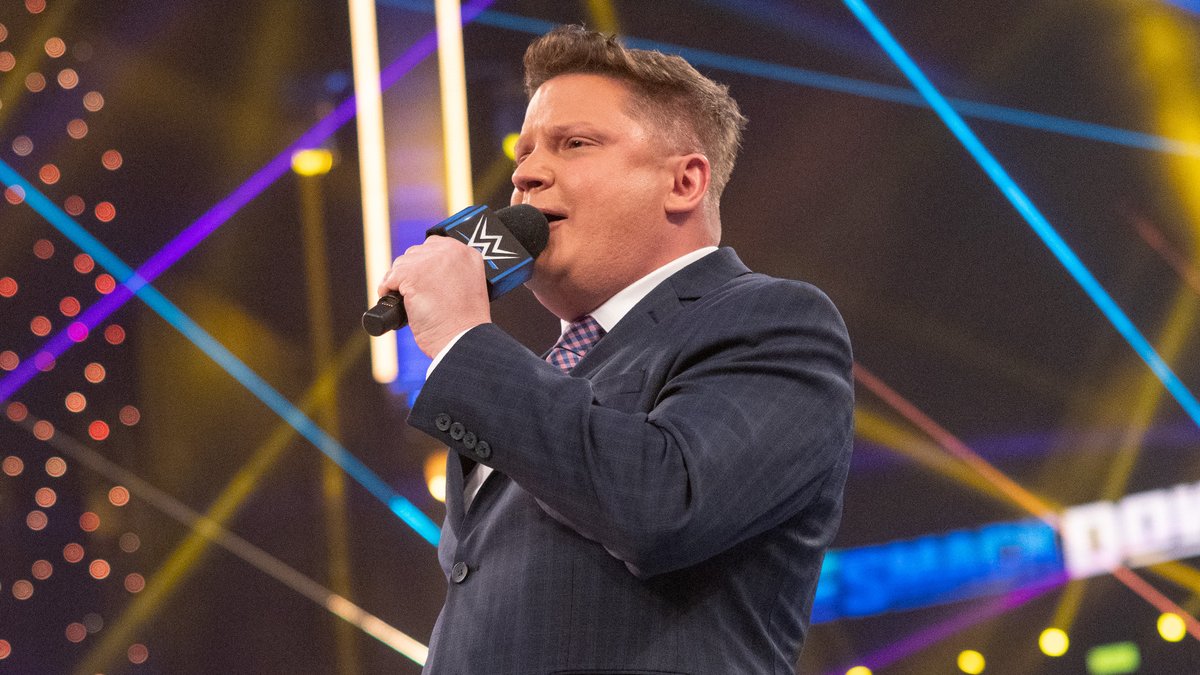 Hamilton recently removed references to WWE from his social media accounts and when checking into why, PWInsider confirmed that he had been released.

The exact reason for his release isn’t confirmed, but this weekend, Hamilton had a meltdown on Instagram, threatening to get WWE’s lawyers to sue rapper Westside Gunn because Gunn sampled Hamilton’s voice on one of his songs.

In the post, Hamilton wrote, “Well @westsidegunn @buffalokidsgallery let’s hope that since you STOLE my voice for your incoherent kindergarten fables that you saved up enough delivering for Door Dash….because….You….are….🤬’d. You’ll be paying me for years….apologize and I’ll think about not collecting every dime for the rest of your life….or I can just get WWE lawyers….that’s ok too. Settle with my lawyer. And don’t EVER use my voice again….so wrong.”

In followup comments, Hamilton continued to threaten the rapper.

“Tick….tock…..the longer this goes, the longer I have in court….you ready to settle or do you wanna dance with WWE lawyers? It’s a slam dunk. Price goes up by the day….” he posted, then followed up with “It was 20k, but at noon eastern it’s $30k and we go to court.”

And he went on and on, responding to commenters when they made fun of Hamilton on his post: 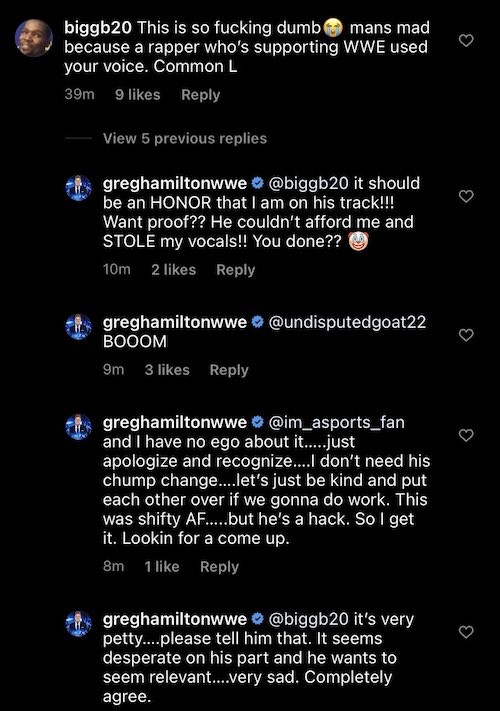 The embarrassing display blew up over the weekend on rap websites and Twitter.

The song in question is “Undertaker vs. Goldberg” from 2019.

Hamilton confirmed his release on Instagram, posting the following message and calling it a “mutual respect departure”:

First and foremost, don’t let the internet or social media gas you up; this was a mutual respect departure from a great company. Nothing but respect from both sides. It’s business. We all know our worth.

Also understand that what you see on social media is exactly that. It’s not real life. Especially for your favorite Superstars. They are human beings with real lives, and INCREDIBLE human beings. The hate, the bullying….that is read and internalized by real human beings….not characters. That needs to be said for my friends.

And as I get older, my mother is in her 70’s; my sister Jessi who has cerebral palsy…those are my priorities. Not chasing fame, not being on television. 52 weeks a year became too much. Without our mental health, we have nothing.

But man…..what a ride….there are truly no fans like the #WWEuniverse. Wow. 6 continents over 6 years; embracing your love and passion has truly changed me as a person. I am forever grateful. ❤️

And for one last time….