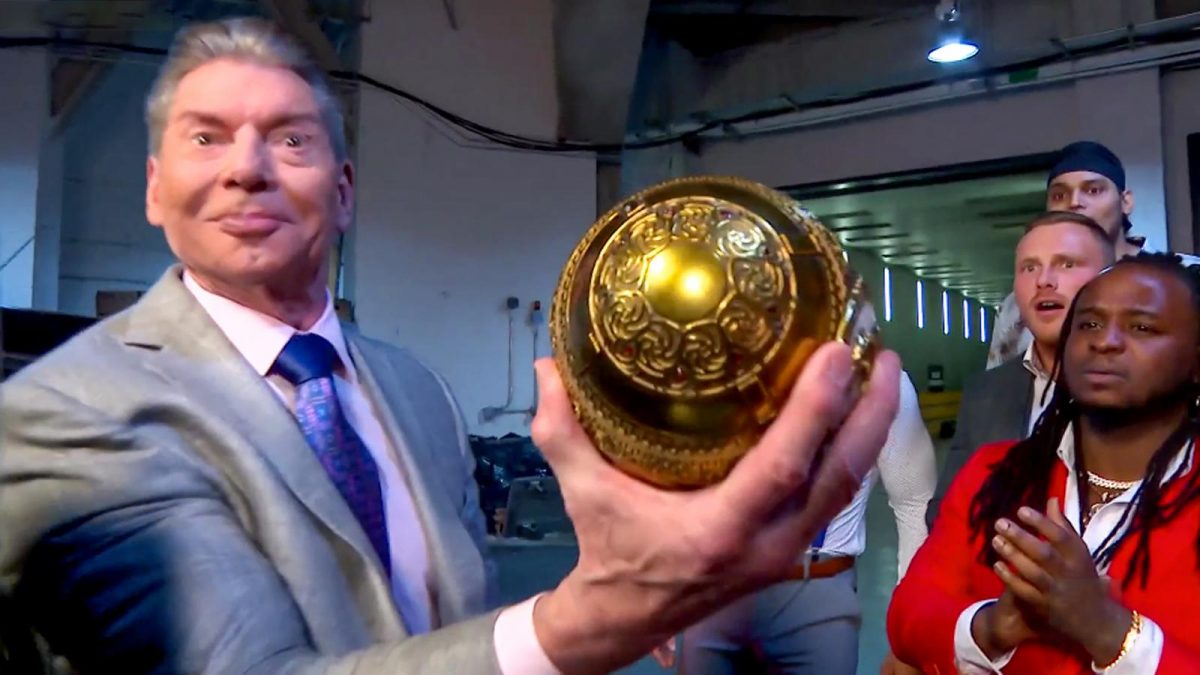 As noted before, WWE’s Survivor Series 2021 event featured a storyline involving Vince McMahon’s missing golden egg. During the following night’s episode of RAW on November 22nd, it was revealed that Austin Theory had stolen McMahon’s egg in order to take selfies with it.

Fightful Select reported that their sources within WWE stated that Theory being given a title match for the WWE Championship was not the original plan for the ending of McMahon’s missing “Cleopatra’s Egg” storyline. Those same sources also stated that the original idea for the storyline was “much worse with the stakes much lower.” One of the creative ideas pitched included some sort of integration with the 24/7 Championship.

It was reported that the business teams associated with Dwayne “The Rock” Johnson and Netflix’s Red Notice film did not give their approval to the original plans that were pitched to them.

McMahon’s involvement in the storyline reportedly was something that was added to give more importance to the storyline as a way to appease the officials associated with the film.

It was reported that WWE’s marketing deal with Netflix for the film was worth around seven figures.