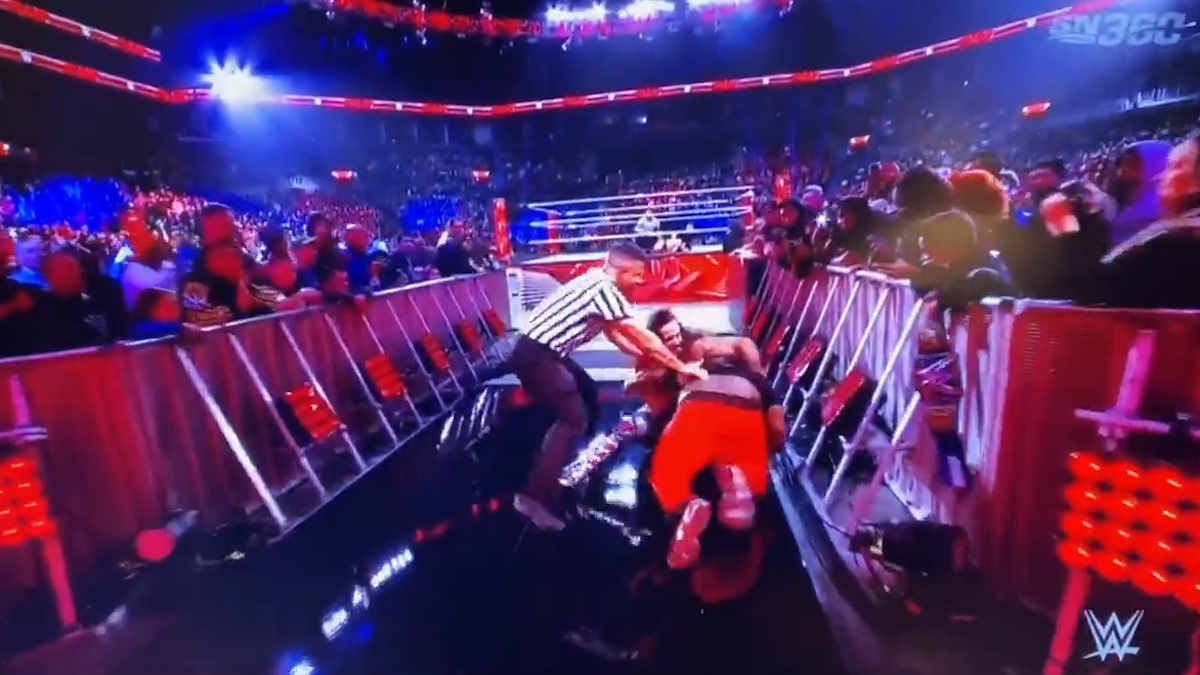 Monday’s episode of WWE RAW featured a real life attack incident by a fan to Seth Rollins. The incident took place after a promo and brawl segment between Rollins and Finn Balor. Rollins was attacked by a fan while he was walking down the entrance ramp to head backstage.

In an interview with ESPN, a New York Police Department spokesperson stated that the identity of the attacker was a 24-year old man named Elisah Spencer. Spencer is currently charged with attempted assault and attempted violation of arts and cultural affairs (disrupting a live sporting event).

The NYPD spokesperson also stated that Rollins had refused medical attention after the incident and the blood that was seen on his mouth was not caused by the fan attack and instead was caused by his brawl segment with Balor.

TMZ reported that Spencer is currently scheduled to appear in court for a hearing over this incident next month.

WWE announced that they have recently signed a multi-year extension deal with Special Olympics.

STAMFORD, Conn., November 22, 2021 – Special Olympics and WWE (NYSE: WWE) today announced a multi-year extension of their global partnership to help create inclusion through sports. WWE will continue to support Special Olympics Unified Sports, which brings together people with and without intellectual disabilities on the same team. It was inspired by a simple principle: training together and playing together is a quick path to friendship and understanding.

WWE Superstars will continue to engage with Special Olympics athletes all around the globe through Unified Sports. Over the past few years, WWE Superstars have participated in Unified soccer in Italy, Unified flag football in Arizona, Unified bocce in Las Vegas, Unified soccer in UAE along with several other events, panels, and leadership conferences. Superstars have also reached out to Special Olympics athletes to encourage them in training and to congratulate them for achievements.

“WWE has been an incredible Global partner to our movement over the past 5 years and we are so excited to announce that we will continue our collective impact for years to come both domestically and around the world,” said Special Olympics CEO Mary Davis. Davis added “When we think of how our partners have stepped up during this difficult time, WWE comes to mind. Not only are they supporting us financially, but they continue to help us find innovative ways to reach our athletes for example, through the launch of our online fitness series School of Strength, and talent engagement for our first-ever Gaming for Inclusion event. WWE also supported countless virtual engagements with Superstars that lifted up our athletes’ spirts while in-person activities were cancelled.”

“WWE’s bond with Special Olympics has become one of the most fulfilling partnerships in our company’s history,” said WWE Chief Brand Officer Stephanie McMahon. “The determination of Special Olympics athletes to consistently persevere in life is truly an inspiration, and we look forward to supporting their mission for years to come.”

The multi-year extension also includes support as a Gold Partner for the 2022 Special Olympics USA Games in Orlando, FL where the state-of-the-art WWE Performance Center is located and where many of the Superstars call home. The sport of Powerlifting will also be presented by WWE at the 2022 USA Games.

This past Friday’s episode of WWE Friday Night SmackDown drew a final viewership of 2,064,000 on FOX, according to ShowBuzz Daily. This was up compared to the initial overnight number of 1,988,000 viewers on the network.