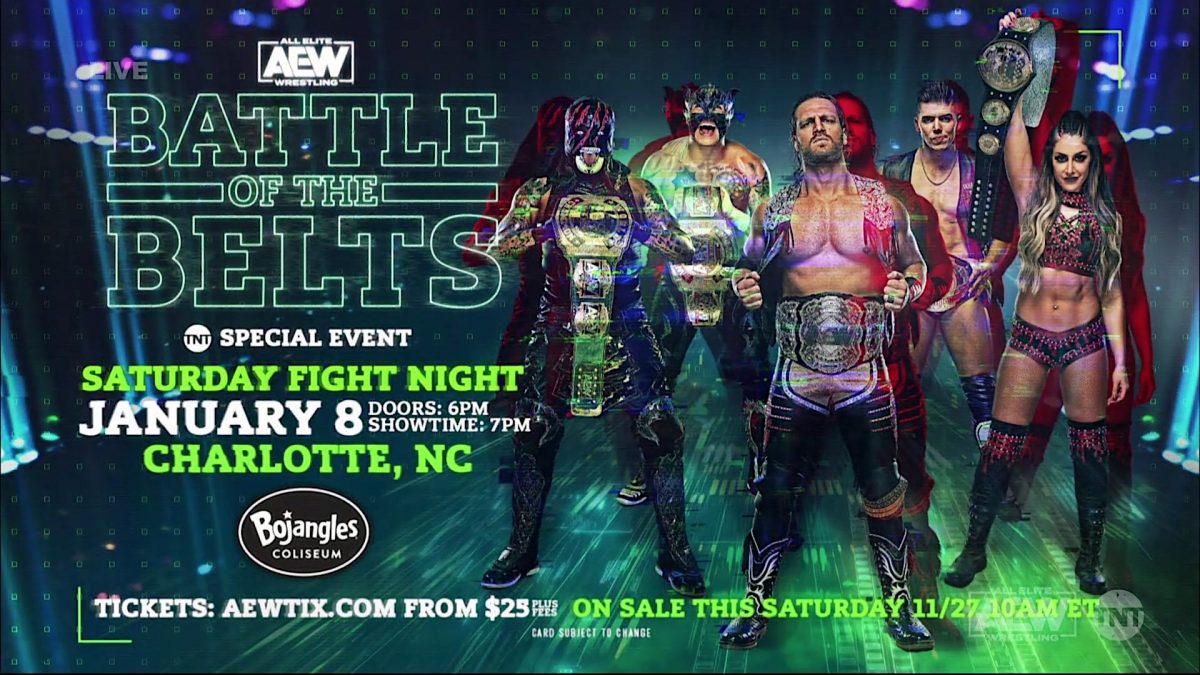 A recent episode of the Culture State podcast had AEW CEO Tony Khan as the guest. One of the topics discussed included Khan confirming that AEW’s upcoming Battle of the Belts special on TNT on January 8th will be one hour in length.

“It’s a one hour show. It’s a one hour event, so I can’t put every belt on the line. It’s a great chance on a Saturday night to expand the reach of AEW by giving the fans great championship matches on a Saturday night, which is a night people love watching wrestling, especially for a big event. There is going to be big championship matches. I’m very excited about it.”

This Week’s Episode of AEW Rampage to Air This Saturday

This week’s episode of AEW Rampage reportedly will not be taking place this Friday, according to PWInsider.

Mike Johnson reported that due to TNT’s annual marathon of A Christmas Story, this week’s episode will not be airing during its normal time slot of Friday at 10PM EST. Instead this week’s episode reportedly has been delayed by one day and will air this Saturday on TNT starting at 9PM EST.

A recent episode of the Essentially Sports podcast had Matt Hardy as the guest. One of the topics discussed included Hardy’s current plans for the future of his wrestling career.

“Whenever I finish my in-ring career, which obviously, I have a lot less years left than I do behind me, but I would definitely see myself being a producer or someone involved in the creative process. At the end of the day, pro wrestling is my passion. I want to wrestle in the ring as long as I can, as long as my body will physically let me. Once that is said and done, I can still be involved and contribute by being a producer and you’re still able to live out your passion to some degree.”