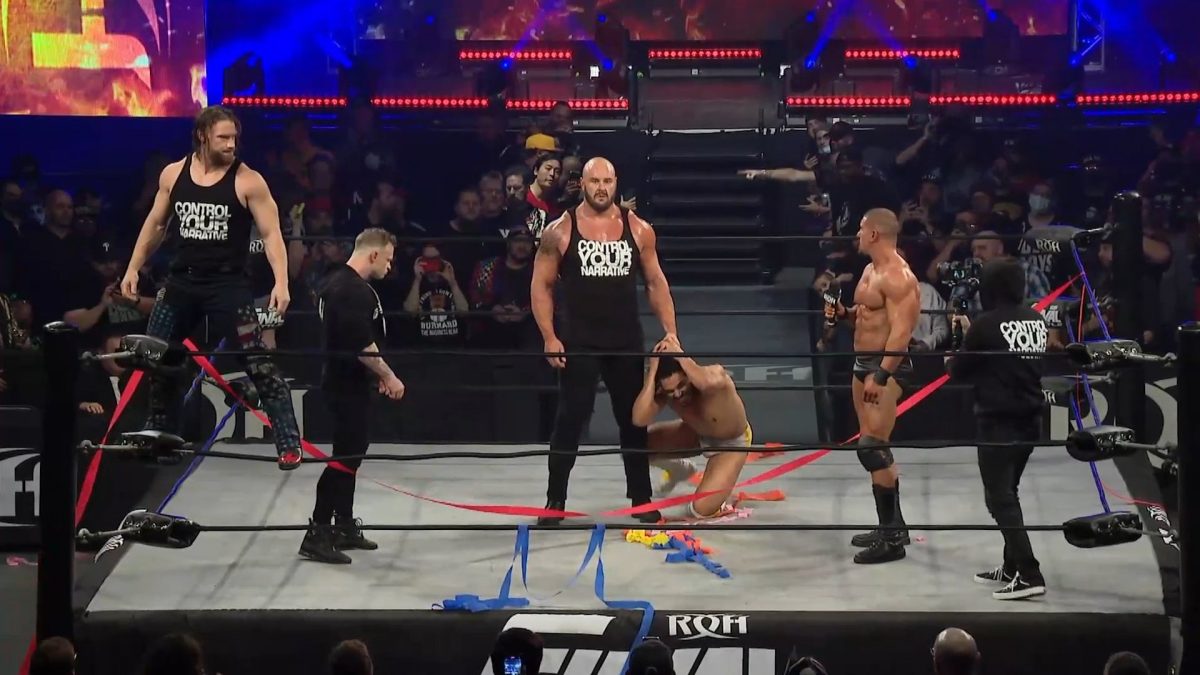 After an eight man tag team match, where VLNCE UNLTD defeated EC3 & The Foundation, EC3 began to cut a promo in the ring as his partners stood next to him.

EC3 said “free the Titan” and out came Strowman, along with former NXT wrestler Wesley Blake and a third unknown wrestler. The commentators called Strowman both by his real name, Adam Scherr, and “the Titan.”

Strowman, Blake and the other wrestler took out EC3’s partners as EC3 stood by, then EC3 said, “This is not an invasion. This is an awakening.”

Strowman destroyed Eli Isom, one of EC3’s partners in the match, then carried him on his shoulder down the ramp.

Strowman was released by WWE in June. Final Battle was ROH’s last show before the company goes on hiatus, but they’re expected to return in spring of 2022. It remains to be seen if Strowman will wrestle for the promotion once it returns.

ROH World Tag Team Champions The Briscoes defeated The OGK (Matt Taven & Mike Bennett) to retain their titles, then cut a promo after the match, challenging anyone who wants a piece of them.

The lights went out and when they came back on, FTR were standing on the apron. After a staredown, FTR charged at the Birscoes and the two teams started to brawl until officials and “security” broke them up.

The Briscoes were reportedly backstage at Dynamite last month, so it’s possible that we could eventually see them in AEW.