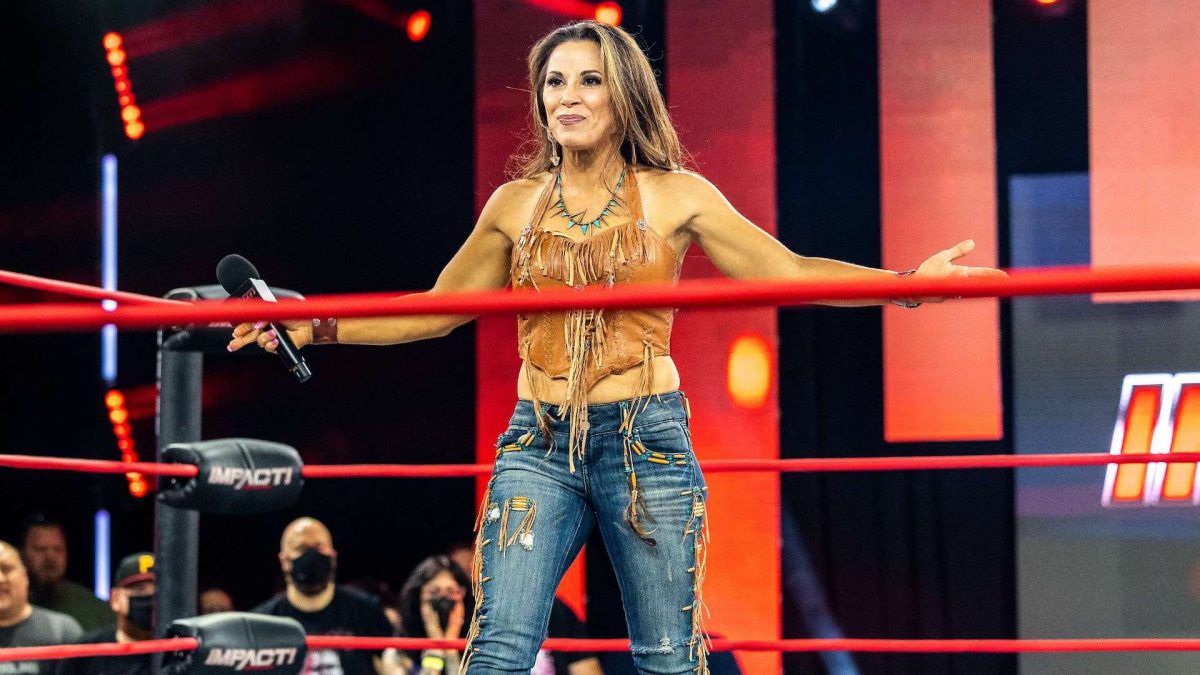 A recent episode of The Ariel Helwani Show podcast had Mickie James as the guest. One of the topics discussed included James’ thoughts on her upcoming appearance for WWE for this year’s Women’s Royal Rumble match.

“It was a few weeks ago. Scott [D’Amore] called me first, just to kind of see where I was at and if I was interested. Immediately, I was excited. Historically, this has never happened before, for WWE to do this or to have anyone to participate in the Rumble, especially to acknowledge the championship. It’s cool and shows a different amount of respect. I feel really great about it. In my mind, the last thing people bring up or talk about was on the other end of the spectrum with them. It’s cool to not have that be the thing or the last thing. I’m so excited, honestly.

I feel like Johnny [John Laurinaitis] reached out to Scott, to first talk to him professionally. It’s never been done before by them. Definitely, they talked first to see if this was something (they could do). IMPACT worked together with WWE in the past for when Flair went in the Hall of Fame and Christian Cage. It wasn’t unforeseen that it could possibly happen, I think that’s why Scott first reached out to me to see what my interest was and obviously we were all able to make this happen somehow. I think it was going to be a surprise, we talked about having it a surprise, but the announcement…the response back has blown my mind. It’s incredible, different, and kind of historic and to be the person to do it is really cool.”

James also gave her thoughts on her reaction when she learned of WWE’s plans for her for this year’s Women’s Royal Rumble match.

“I was shocked, very shocked. I know it’s not ever been done, especially for the women. All things considered, everyone from that camp, we’ve talked and there has been apologies. I still maintain a good relationship with everyone in that sense. Professionally, I think it’s something to be able to do and hopefully open the door for future possibilities of that. My knee jerk reaction was shock because it’s not unheard of and, especially for me, it was like, ‘Oh, really.’ It’s weird. It’s a weird place to be sitting.”

James also stated that the original plans for her appearance was for it to be kept as a surprise until it was time for her to come out during the match.

“Not until Friday. I was headed to IMPACT, I was driving around looking for a guitar when it aired on SmackDown. We had talked about it being a surprise, but I think Johnny and the camp wanted to get it out there because they were doing the announcement and the reveal that night and they wanted to put it as part of that. It worked out. I was a little apprehensive because I knew Deonna and I were going to be the main event at Hard to Kill and IMPACT hadn’t announced it because internally, it was a conversation of ‘look at this thing we’re doing, it’s great,’ it’s more powerful that it was just going to be the main event. That was my only immediately reservation, ‘I don’t want it to step on anything going into the Deonna match.’ It actually worked out better because I think a lot of people thought I was going to lose. More people thought I wasn’t going to keep the championship because I was going into the Rumble.”

On the topic of WWE referencing Impact Wrestling and her as their current Knockouts Champion, James stated:

“Amazing.It shows a level of respect and an amazing amount of gratitude. After all this, it’s something that is never done and has never been done before in that sense. It was a cool move on their part and it’s cool to represent IMPACT and open this door, or bust out the ceiling, it’s a cool set of shoes to be standing in now because if you would have asked me a year ago, I would have thought, ‘oh my God, what is happening with my life.'”

James also stated that she is currently hopefully that she will be allowed by WWE to wear her Impact Knockouts Championship belt at their Royal Rumble 2022 event.

“I hope so. I intend on it. It kind of goes with me everywhere. It is my identity right now. It’s important because I stepped away from WWE and have gone back to this Hardcore Country character and it’s something who I was never able to do, for whatever reason. I think she had moments in there, but it was never Hardcore Country Mickie James in that sense. It’s cool to bring that to WWE. It’s who I am and I am the champ.”