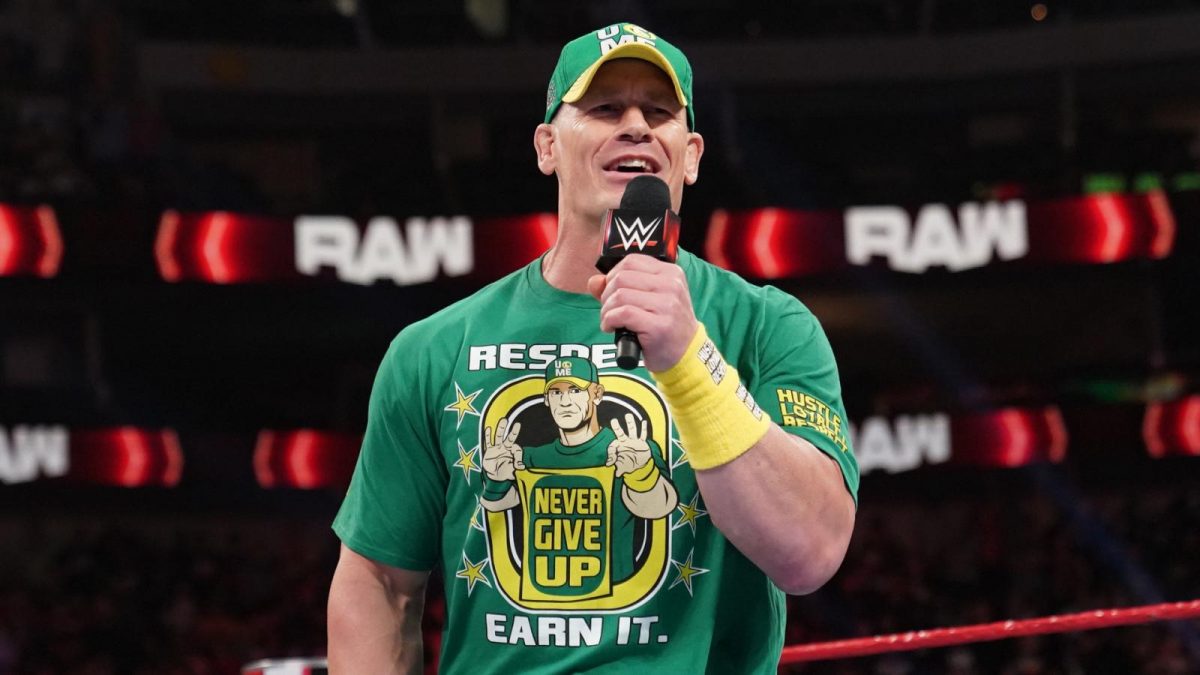 A recent episode of the Pardon My Take podcast had John Cena as the guest. One of the topics discussed included if Cena has watched AEW and his thoughts about AEW being competition for WWE.

“I haven’t watched AEW. Do I think competition is good? I think competition is great. There is internal competition in WWE with performers wanting to be champion or performers wanting to be headliners. Whenever there is more buzz around the industry, it’s good for the industry. It forces all of us to be at our best because if you’re not, your segment is not good or your performance is not good, you may not have a future with the company and repeated bad segments from the group means the company isn’t going to be good, which means the competition must succeed. Competition brings out the best in us. For all time, going out there as a performer, I wanted to to the best I could possibly do and set the tone for wanting to be the best show between Raw and SmackDown and certainly have eyes on the segments I was on. I was fueled by a sense of internal competition. Not knowing what it’s like now to be in a market with a lot of different options, there are a lot of places to watch sports entertainment. That would only, for me, fuel me even more to be the best I can be.”

A trademark for “As Close As It Gets” was filed by WWE on January 6th for wrestling and entertainment-related purposes.

A trademark for “New Age Outlaws” was filed by Billy Gunn on January 7th for wrestling and merchandise-related purposes.

WrestleCon recently announced that New Japan Pro Wrestling will be holding a new NJPW Strong themed event on April 1st in Dallas, Texas as part of this year’s WrestleCon set of indie events and festivities in the city.

Terminus recently announced that they have pulled Alex Coughlin off the card of their debut event on January 16th in Atlanta, Georgia due to Coughlin recently suffering an injury. The company also announced that Mike Bennett will be Coughlin’s replacement for his scheduled match against Moose at the event.

Terminus also recently announced on Twitter the full list of official rules for matches held in their promotion.

Impact Wrestling recently announced that Jay White and Guerillas of Destiny (Tama Tonga & Tanga Loa) will be making appearances for the company at their next set of Impact! television tapings on January 21-22 in Pembroke Pines, Florida.

Consejo Mundial de Lucha Libre recently announced that they have suspended running events in Mexico for the foreseeable future due to COVID-19 pandemic related issues in the country.

The National Wrestling Alliance recently announced a new match for the card of their Powerrr Trip event on February 12th in Oak Grove, Kentucky:

Game Changer Wrestling recently announced a new match for the card of the The WRLD on GCW event on January 23rd in New York City, New York: