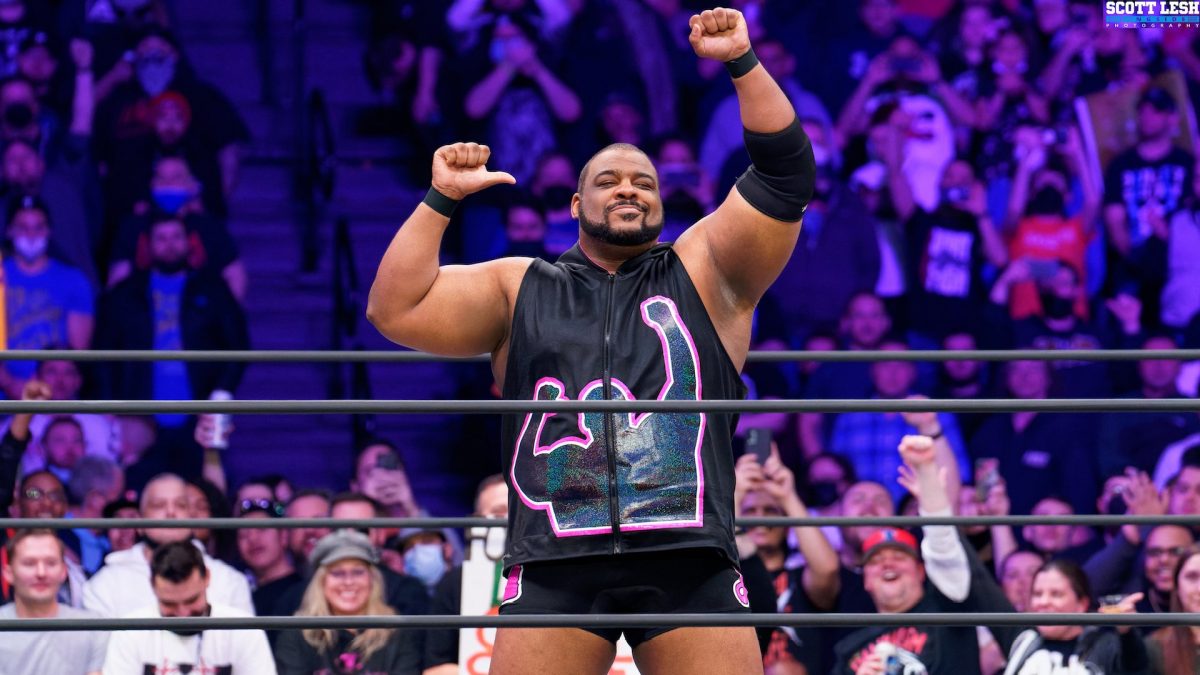 This past Wednesday’s episode of AEW Dynamite featured the official AEW debut of Keith Lee.

Lee recently reflected on Twitter about his AEW debut and thanked the fans for their support and positive reception towards him.

We got a lot of work to do still. But I more than appreciate the warm welcome back.

The person with the sign that had the same silhouette that’s on the front of my hoodie…. thank you. Touched my soul.

And with sad family times hopefully behind me….let’s grind. #ForwardMarch

Larry D Comments on His Release from Impact Wrestling

As noted before, Impact Wrestling talent Larry D recently requested and was granted his release from the company.

Fightful held a recent interview with Larry D and one of the topics discussed included his thoughts about his decision to leave Impact.

“The thing is, IMPACT! Wrestling has grown so much. There’s so much talent that comes through there and you see the NXT crew, and you see AEW and NWA and everything. It’s easy to get lost in the mix. Where we were at creatively, I feel, from the tag team party to fitting where I’m at and in the process, I’m just told to get in the best shape I can and be prepared. That’s what I do and I’m just waiting and I’m watching the growth of IMPACT! Wrestling and the competitor in me is like, ‘Man, I absolutely love everything about IMPACT! Wrestling.’ I can’t say, ‘Aw, man. Those son-of-a-guns ruined my wrestling career. Because I think for the first time ever, like, we hear on the indies a lot, ‘Oh, it’s just business.’ I think finally for the first time in twenty years, [I understand it.] It’s just business. Which also, in turn, is the same way with me. It’s just business. I want to see myself do better. I feel that for twenty years that I’ve busted and given everything that I have to get where I’m at. The competitor in me has to step up and say, ‘Hey, I know I can play on the field.’ I know by asking my release that puts the ball in my court to do what I need to do to go where I want to go.”

Terminus announced that Josh Alexander and Invictus Khash will be making an appearance for the company at their Terminus II event on February 24th in Atlanta, Georgia.

Major League Wrestling announced that Killer Kross, former Karrion Kross in WWE, will be making his return to the company at their SuperFight 2022 event on February 26th in Charlotte, North Carolina.

Game Changer Wrestling announced that they will be holding an event called Planet Death on March 31st in Dallas, Texas. It was also announced that this upcoming event will be part of their The Collective 2022 series of indies events that weekend in the city.

GCW recently announced a new match for the card of their Believe Me event on February 19th in Atlantic City, New Jersey:

PROGRESS Wrestling recently announced a new match for the card of their Chapter 129 event on February 20th in London, England:

Beyond Wrestling recently announced a new match for the card of their Munky Business event on March 13th in Somerville, Massachusetts:

Tokyo Joshi Pro Wrestling announced a new match for the card of their Grand Princess ’22 event on March 19th in Tokyo, Japan: