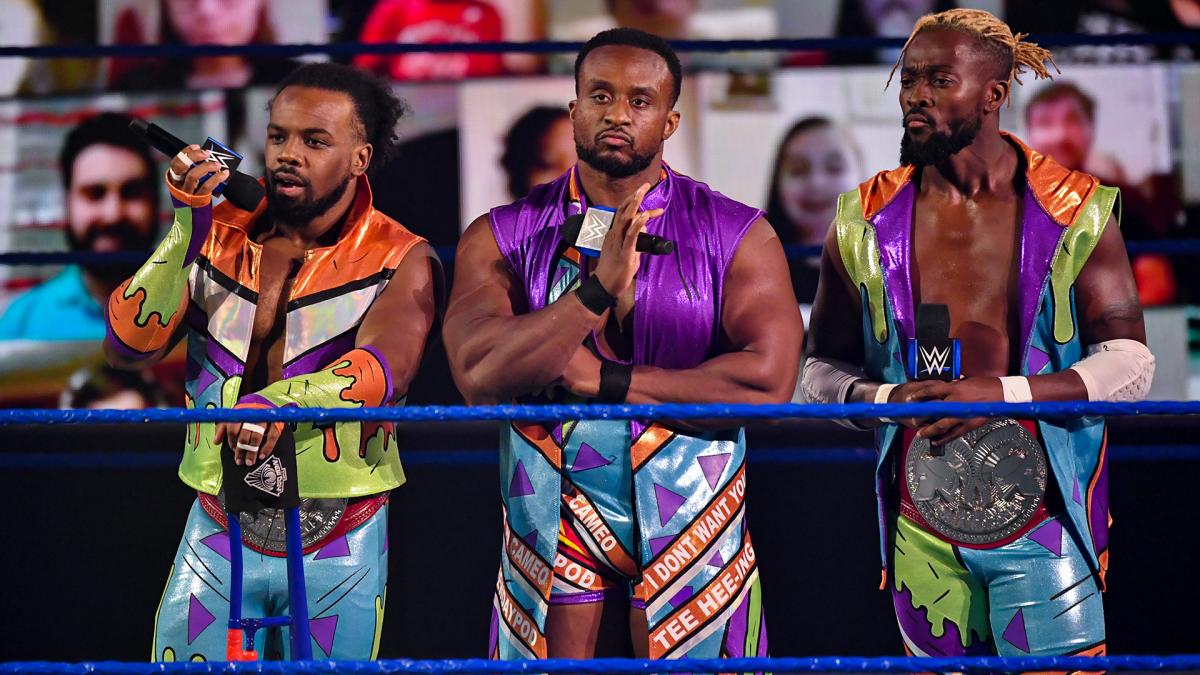 More on WWE Reuniting The New Day for SmackDown Brand

WWE recently moved Big E over from their RAW brand to their SmackDown brand and reunited The New Day as a three man group with Kofi Kingston and King Woods.

Fightful Select reported that their sources stated that Vince McMahon was the person responsible for reuniting the group due to he “missed the magic that they created together.” It was reported that McMahon was also adamant about Big E and Kingston not being referred to as New Day on WWE television and instead to be simply stated as Big E and Kofi Kingston. This message reportedly was not followed initially since the duo was still being listed as New Day both internally and on WWE’s YouTube channel until very recently.

In regards to McMahon’s original decision to split Big E away from New Day, their sources stated that this was due to McMahon feeling that a top babyface should be on his own in most situations.

WrestleMania Backlash 2022 Event Announced for This May

Sports venue Dunkin Doughnuts Center recently announced on Twitter that WWE will be holding this year’s WrestleMania Backlash event on May 8th at their venue in Providence, Rhode Island.

It was also announced that tickets for this upcoming event will officially go on sale starting on February 16th for the pre-sale and February 18th for the general public.

Be the first in the know for the pre sale code: https://t.co/55x68brxPB pic.twitter.com/RqeCAZ52w0

As noted before, Kurt Angle stated in a recent episode of his The Kurt Angle Show podcast that WWE recently dropped their plans for his short-term return to the company.

Fightful Select reported that their sources stated that WWE officials had originally planned for Angle to be involved in the current RK-Bro vs. Alpha Academy feud. One creative plan pitched included the Academic Challenge series being called “Three Is Challenge” to play off Angle’s wrestling days.