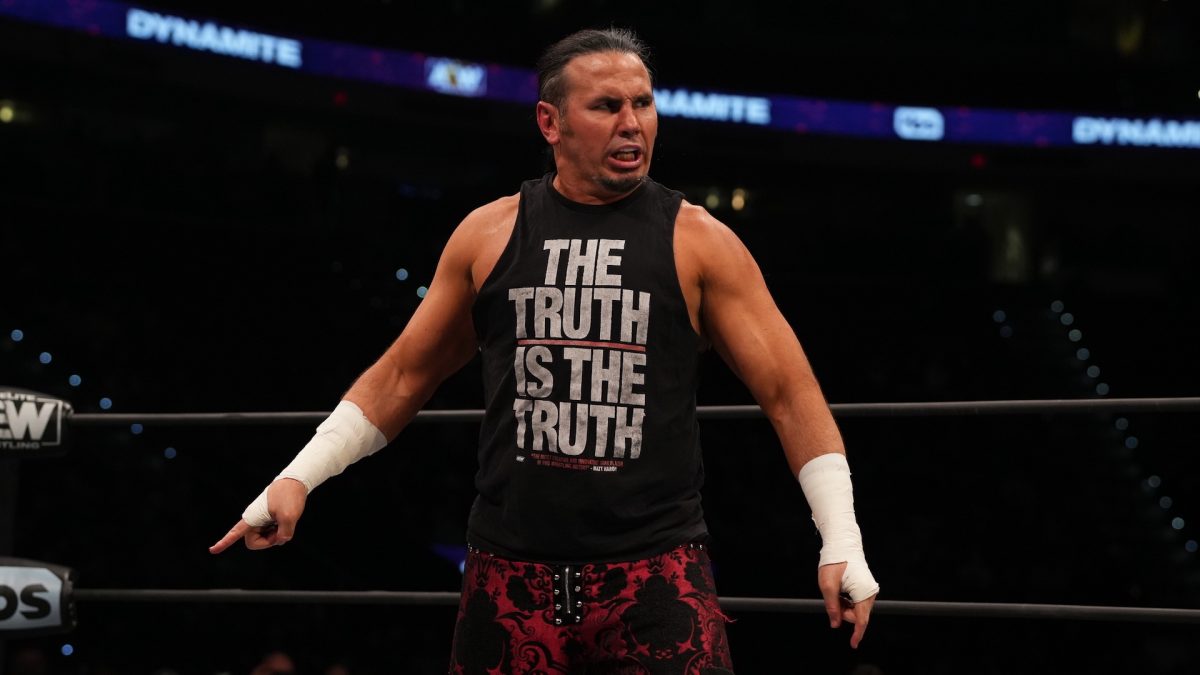 Matt Hardy has signed an AEW contract extension, he announced today on his Twitch stream.

Matt said that he signed at the same time as his brother Jeff yesterday at Dynamite, and their contracts actually match.

“It was wild, man,” Matt said. “[Jeff] got here late that day, started looking over our contracts. I’m very happy too. I’ve extended my contract with AEW. I’m gonna be there a little while longer. They matched myself and Jeff’s contracts up, which was very cool. And Jeff was like, ‘Whoa, this is so cool,’ and kinda skimmed through it like, ‘And we can still do outside appearances?’ And I said, ‘Yeah, Papa Khan wants you to get all the money. Papa Khan wants you to be healthy and happy.'”

“Jeff was like a kid on the first day of school, he was so nervous,” Matt continued. “But it was very cool, and he really did seem to enjoy it. He did have a huge smile, like he was just smiling… with happiness.”

The terms of the contracts aren’t known. Matt made his AEW debut on the March 18, 2020 Dynamite, almost two years ago.