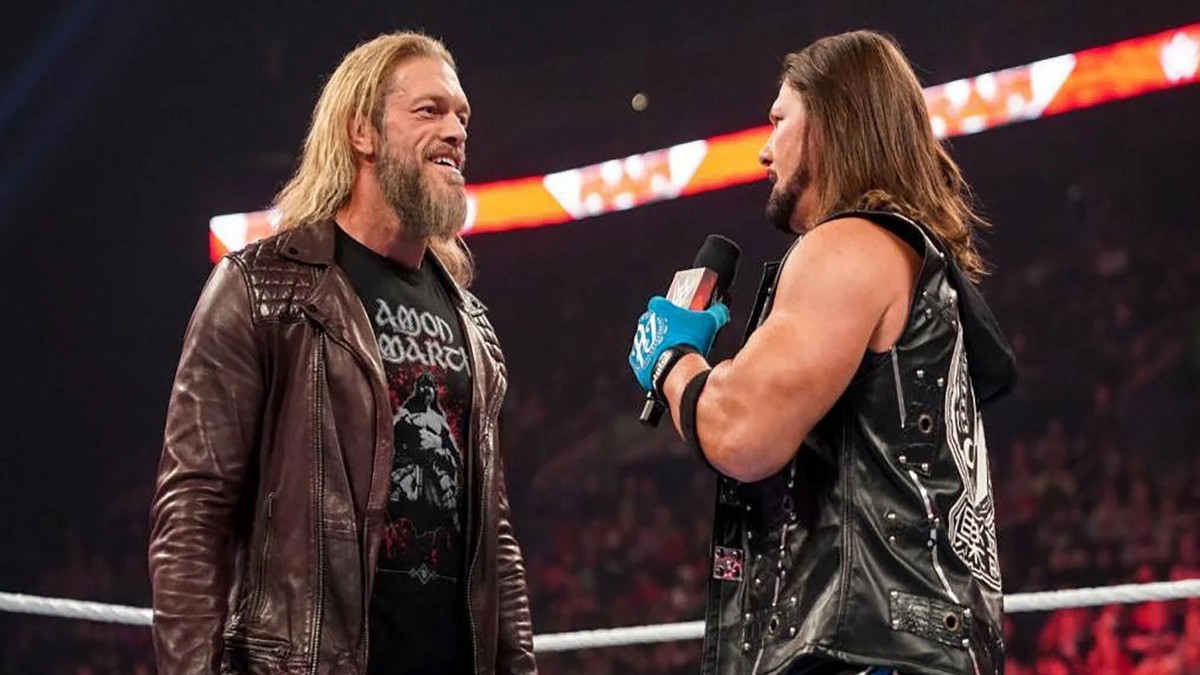 WWE reportedly recently made a change to the cards of their upcoming two-night WrestleMania 38 event on April 2-3 in Dallas, Texas, according to the Wrestling Observer.

It was reported that WWE recently updated their official website revealing that the planned AJ Styles vs. Edge match is now scheduled to take place on Night 1 of WrestleMania 38 on April 2nd. This match had been originally announced for the card of Night 2.

NXT UK talent Flash Morgan Webster is currently rumored to be leaving WWE within the near future, according to Fightful Select.

A recent episode of the True Geordie podcast had The Undertaker as the guest. One of the topics discussed included Undertaker’s thoughts on his issues with today’s era of WWE performers and WWE’s current product lacking a “level of grit.”

On the topic of the changes in the wrestling environment since his days and his issues with today’s era of WWE performers, Undertaker stated:

“Things have changed. I can’t just say that it’s changed in wrestling. In all sports, it’s a different generation. Call it evolution if you want. One, I don’t think the guys are leading the same lifestyles that guys in the past did. One, they can’t, because everything they do, there is somebody, somewhere [pulling out a cell phone]. I feel bad for them because they can’t go and blow off steam somewhere after they work because they are constantly under some type of surveillance, where I didn’t have to worry about that because there wasn’t cell phones and all that. When I came up, the locker room was a lot different. It was pretty crusty. You drove everywhere, you didn’t fly very often. There were a few guys that have knives in their bags, guns in their bags, it was a different group of men, not saying one is better and one is worse, but they had a different way of settling things.

If there was a disagreement, they go in the shower and that’s where everything got handled. You discussed it and come to an agreement or you threw down. Just like what happened to (Bruiser) Brody in Puerto Rico. He got stabbed and he died over a disagreement. That was common fair, not to that degree, but there was a lot of that that happened back in the day, late 80s and before. Those guys didn’t put up with any kind of crap and weren’t afraid to call somebody out. Today’s athlete is just that, they are athletes. They’ve been trained to do this. I’m sure there are some, but I don’t think they have the same bad habits that a lot of us had.”

On the topic of WWE’s current product lacking a “level of grit,” Undertaker stated:

“I feel like there is a level of grit that is missing from today’s product. I don’t know that it’s anybodies fault. We all aged out. That new group has come up. When you watch Brock wrestle, you’re interested because you know; he has this background as an amateur wrestler, professional wrestler, mixed martial artist. Brock doesn’t do a bunch of crazy moves. He manhandles your ass. You get in there, get thrown around, and get smashed. Roman (Reigns) has a little bit of that to him. When he wants to, Randy (Orton) has a bit of that to him. A lot of the younger talent…it’s the evolution that comic book era, the super hero era, that’s their motivation and inspiration. They didn’t have to come up and bust heads in bars and figure out how they’re going to eat. Good or bad, it’s what it is.”