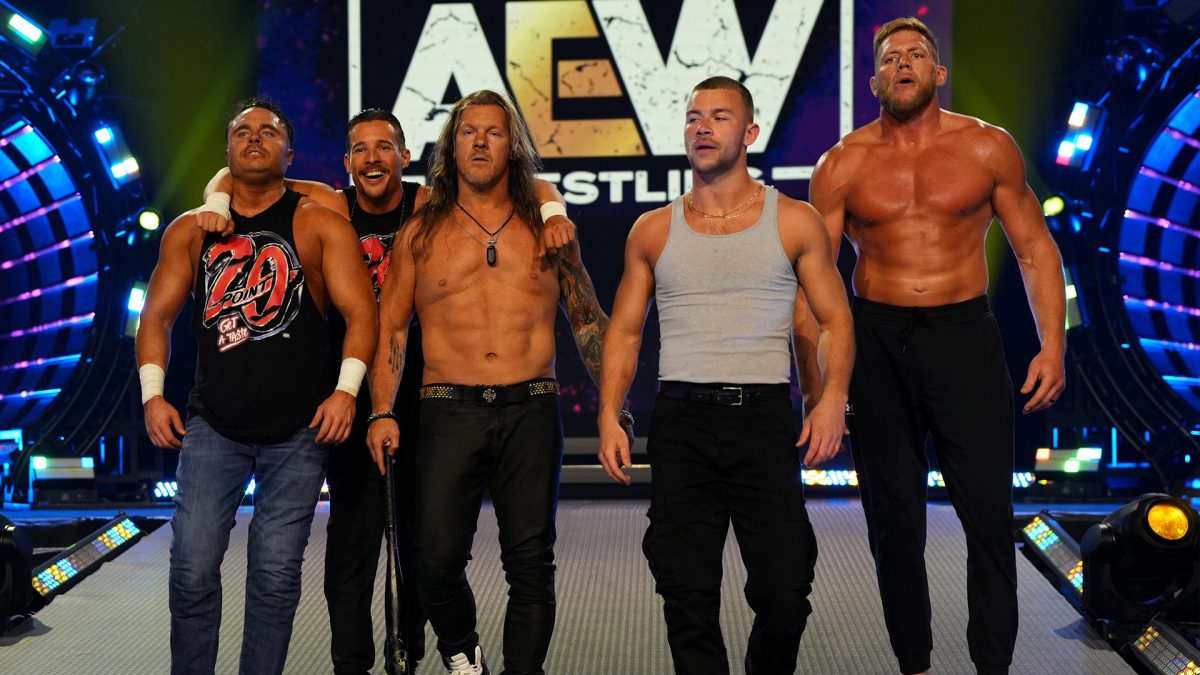 Dave Meltzer reported in this week’s Wrestling Observer Newsletter that AEW officials at one point had considered the idea of Garcia joining the Blackpool Combat Club group. This reportedly would have been as a follow up to a reference made by Bryan Danielson from an earlier Dynamite show teasing him forming a new group with Jon Moxley, Lee Moriarty, Wheeler Yuta, and Garcia.

Meltzer reported that the reason why this idea was dropped was due to Jericho had personally selected and pushed the idea of having Garcia join his new group instead.

A recent episode of the Wrestling Perspective podcast had FTR’s Dax Harwood and Cash Wheeler as the guest. One of the topics discussed included Harwood revealing that it was their idea to have a singles match against each other as a qualifier for the Owen Hart Foundation Men’s tournament.

Harwood – “This was our idea. We had to fight for it, but that was completely our idea. We always wanted to have a match, but we didn’t want to just have a match just to have a match. There had to be a reason. This is a perfect reason to do it. The Hart family means a lot to both of us, personally and professionally. Being able to show respect to Owen Hart and his whole family, what better way to do it than allowing the two biggest Hart family fans in the world to compete?”

Wheeler – “In time, there was no way for Owen to get the tribute he deserves. Now we have the platform for that. We wrestled one time and when we did, I never felt the electricity when we locked up and when we started working, just how easy it was. We want to be the best and I think Dax is the best wrestler in the world. For me to get better, I want to wrestle him. I don’t want to do a ton of singles stuff, but I want to do something that matters to me and this is one that we, for years, ‘how can we make it make sense? How can we have a singles match against each other? Just a straight-up, back-and-forth wrestling match in our vision?’ There was no way to make it make sense before because we don’t want to tease a break up, do a break up, no interest in that, I’ll retire before we ever entertain that idea. Print it. Tattoo it. I don’t care. We’re never going to do a break up angle. When we heard about the Owen, we were like, ‘We have to go to Tony with the idea of a singles match.’ He didn’t like it, but he said, ‘I have to see if I can make it make sense.’ We just stayed on him about it. ‘Can we? Can we?’ Finally, he was like, ‘I got a way where I can make it work. We can do it. You’ll do it in Philly.’ He liked the idea, we just had to make sure, ‘please let us, please let us, it means a lot to us,’ and he finally gave us the nod and here we are.”

Hangman Page Comments on His Three Favorite Matches in AEW

A recent episode of the Insight with Chris Van Vliet podcast had Hangman Adam Page as the guest. One of the topics discussed included Page’s thoughts on the matches he is the most proud of in AEW.

“Maybe 60 minutes with Bryan. Just for the fact that I wrestled for 60 minutes because I thought I thought that I might die. Yeah, I thought I could actually perish. I survived it. So I’m proud of that. But I guess for a very different reason. I guess the one I’m probably the most proud of is the match with Kenny against The Young Bucks. Yeah. proudest of that.”

On the topic of his AEW World Championship match against Kenny Omega at AEW Full Gear 2021, Page stated that he also considers that match to be among his most proud matches in the company.

“That’s there as well. Yeah, those are probably the three.”