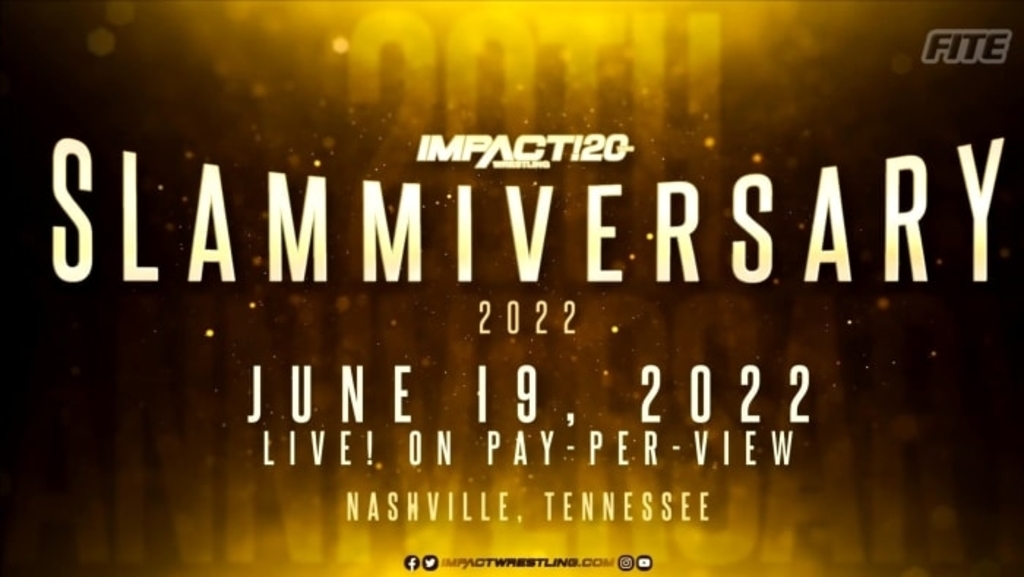 During Saturday’s Rebellion 2022 event, Impact Wrestling announced that this year’s Slammiversary event will be taking place on June 19th in Nashville, Tennessee.

The venue for this upcoming event was not revealed as part of Impact’s announcement.

It was also announced that tickets for this upcoming event will officially go on sale starting on April 29th.

Fightful Select reported that their sources stated that JONAH’s current contract with Impact Wrestling is a per appearance type deal.

Impact officials reportedly recently offered Maria Kanellis a short term extension on her current deal with the company but it is currently not known if she has signed a new deal. Kanellis’ contract with Impact is currently set to expire after this weekend.

In regards to Honor No More, it was reported that their sources stated that as of earlier this month, several members of the group had yet to sign full-time contracts with the company.

“Speedball” Mike Bailey Comments on His Signing with Impact Wrestling

A recent episode of Fightful’s The Spottlight podcast had “Speedball” Mike Bailey as the guest. One of the topics discussed included Bailey’s thoughts on his recent signing with Impact Wrestling.

“I feel like it’s a very fair relationship. I don’t think there’s any sort of force behind them. They could put me in any position and I would still stand out in the same way I am doing right now. I’m extremely grateful for the opportunities I’m given, but I can’t imagine where they could possibly put me, who they could possibly have me wrestle that it wouldn’t be a notable performance. Because, again, the IMPACT roster is so stacked and there’s so much happening right now. I am extremely confident in my ability to deliver consistently exciting performances. I think it’s a mutually beneficial relationship. I feel like it’s only fair and I will only keep giving it my all.”