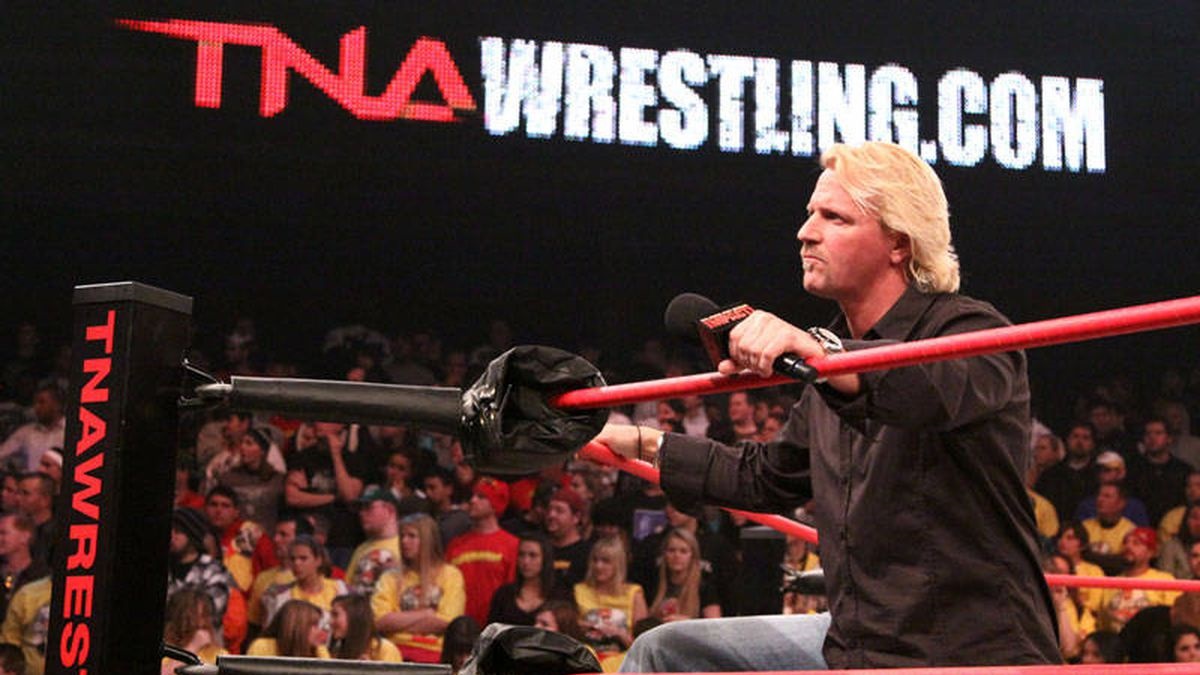 A recent episode of the K100 w/ Konnan & Disco podcast had Jeff Jarrett as the guest. One of the topics discussed included Jarrett revealing that TNA Wrestling, now known as Impact Wrestling, made around $24 million per year from their television contract with Spike TV during their time on the network.

“I saw Nielsen sold for like $7 billion or something like that. I’m wondering what the devil is in the details and all that but, there’s a couple different follows online but when you — here’s what… and you guys don’t have a reference for this but when I see [Jarrett’s younger family member] watch a three minute video and then maybe a seven minute video and then all this, that’s a view. That’s a view, so if you see Jeff Hardy diving off a table did 2.3 million views in 36 hours, that’s all monetizing so they can make money off that. It’s not rights fees, it’s YouTube money. WWE makes eight figures off YouTube every year. When you drill that down — TNA made $24 million a year [on] Spike, domestically. WWE, off YouTube, YouTube! They’re making tens of millions of dollars.”

A recent episode of the K100 w/ Konnan & Disco podcast had co-host Konnan discuss the reasons why Lucha Libre AAA decided to hold three TripleMania events this year instead of the traditional single event. Konnan is the current head booker of AAA.

“Konnan: Bro, let me tell you how important branding is. So we noticed in Mexico that the Triplemanía name had like a certain cachet to it and every year, we would have it once a year and you could drive up prices and everybody wanted to be there because it was an event, right? So just on a whim, we said, ‘Let’s do — let’s go to a city’ like, let’s say Nashville and call it Nashville’s WrestleMania, okay? And we went to Monterrey which you [Jeff Jarrett] know very well and we went to Monterrey and bro, we drew 16,000 people there and the next year, we drew 16,000 people there and we’re going back again so we said this year, f*ck it, let’s just do three Triplemanías. So we’re gonna do one in Monterrey, one in Tijuana and one in Mexico City and they are already selling good because they already know that the Triplemanía brand, you know…”

A recent episode of the Wrestling with Freddie podcast had Matt Cardona as the guest. One of the topics discussed included Cardona revealing that his original deal with Game Changer Wrestling was for only three events.

“When I signed up to this GCW thing — when I did that Nick Gage match, it was going to be it was a three appearance deal, I was gonna come in, lay him out, have the match, and then lose the title. That was the plan. But we had so much buzz like that night when I beat Nick Gage for the title. We were competing against the Olympics and UFC. We were trending number one over both those things, pretty crazy for an independent wrestling show, you know? So I became a member of the roster doing I don’t do every single show, but I do a lot of the shows.”

Cardona also gave his thoughts about competing at GCW’s The WRLD on GCW 2022 event at the Hammerstein Ballroom in New York City this past January.

“I would have never imagined when was that match in July, that in January, we’d be selling out the Hammerstein Ballroom which is incredible with no matches announced. I don’t want to take 100% of the credit. I do want some of it, but it’s the whole roster and it’s the diehard fans that support that roster. Then, of course, we have to deliver. Hammerstein Ballroom sold out. Man, like, you’re talking about art, like I was planning this, this entrance, I was planning like, who I would have run in, I was planning every little detail, and it just worked perfectly. It was like, I don’t want to say my favorite match I’ve ever had, but it has to be in the top three. Even now just thinking about it, I have goosebumps, and like just sometimes I don’t know if I necessarily believe in fate, right? But I remember like, my mom, I wanted her to come because I knew how special this would be. She doesn’t watch wrestling, right? She knows GCW she knows that deathmatch [with Nick Gage]. She saw the pictures, the video, She was scarred for life. So she made me promise there would be no blood. I’m like, ‘Mom, listen, this is not a deathmatch thing. Me and Joey, we’re gonna tell a story in there. There’s not gonna be any blood.’ Of course, I break my nose like five minutes in and I’m just like oozing out of my nose. Joey Janela hits me with a steel chair, now there’s blood dripping from the back of my head. I’m like, ‘Oh, shit. She’s gonna be pissed.”