Various: Kaleb Departs from Impact, Jim Ross on Issues with Dark Side of the Ring Series, Indies 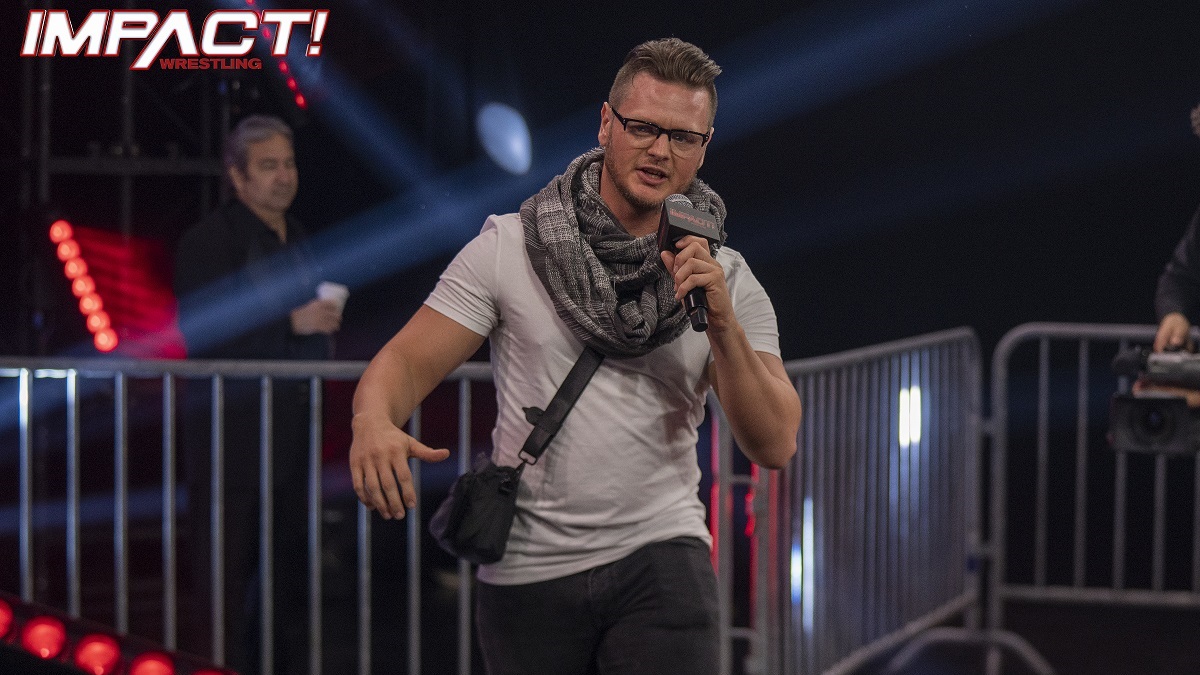 Kaleb with a K Departs from Impact Wrestling

Impact Wrestling talent Kaleb with a K announced on Twitter that he has recently left the company due to his contract had expired and is currently a free agent.

I’ve spent the last 2 years with @IMPACTWRESTLING. They gave me an opportunity while the whole world was shut down & it turned into some of the most fun I’ve ever had. I hate how it ended but life is full of peaks and valleys. Thank you to everyone there especially all the KOs pic.twitter.com/Swf7qyqD0l

Prior to his departure, Kaleb had been with Impact since September 2020 and was his second stint in the company following his first stint from April of 2016 to March of 2019.

A recent episode of the Grilling JR podcast had co-host Jim Ross discuss a variety of topics. One of the topics discussed included his thoughts about his issues with VICE TV’s Dark Side of the Ring series and if he’s interested in continuing being interviewed for the series.

“It’s mixed. I have some problems with some Dark Side editing. I thought I was misrepresented a time or two in the edit.

But I mean, I admire those guys’ entrepreneurial spirit and I think it’s a good purpose, but I think sometimes they bite into the apple of the dirt. They narrowcast a little bit too much for me, but I’m still going to watch their shows.

I’m not sure I’ll be on any more of them simply because I had such unfortunate negative afterthoughts of it, but you know, you never know. Those guys are good guys and they mean well, but I think the edit was a little bit callous and not well thought out quite frankly. So I hope they continue to do those shows, and if they do, I’ll continue to watch and we’ll see. They should get better at what they do.”

Major League Wrestling recently announced hat they are expanding their current working partnership with IWA Puerto Rico. The company also announced that this new expanded partnership will feature more talent exchanges, the retirement of the old MLW Caribbean Championship belt, and the debut of a new MLW Caribbean Championship belt as early as next month.

MLW also recently announced that Taya Valkyrie will be making her return to the company at their upcoming Kings of Colosseum 2022 event on May 13th in Philadelphia, Pennsylvania.

2K Games recently announced that they are currently holding a 25% off sale for WWE 2K22 from now to April 22nd. This sale includes both the standard and nWo 4-Life editions of the game.

Maria Kanellis recently announced on Twitter that she is launching a new project called Women’s Wrestling Army. No other details regarding the nature of this new project was given although the official website hints at it possibly being a new wrestling promotion.

Former WWE talent Lince Dorado stated on Twitter that he recently requested for Mexican-based promotion The Crash to either change his currently scheduled match or remove him from their upcoming event on May 13th in Tijuana, Mexico. While Dorado did not reveal the specific reason, he is currently scheduled to compete in a tag team match with Destiny against Marty Scurll & Travis Banks at the event. Scrull and Banks were among those accused of sexual harassment and abuse in the wrestling industry as part of the SpeakingOut movement in June of 2020.

The Wrap reported that a new documentary film based on Andy Kaufman is currently in production by Tremolo Productions and Elara Pictures. Besides his well known comedic and acting career, Kaufman was also known for his time in wrestling from the 1970s to 1980s and his memorable feud against Jerry “The King” Lawler.

National Wrestling Alliance announcer Joe Gail recently announced that he will be leaving his news reporter job with News 4/FOX San Antonio after the end of this week and will be working with the NWA on a full-time basis going forward.

The NWA recently announced a new match for the card of their Powerrr Trip 2 event on April 30th in Oak Grove, Kentucky:

New Japan Pro Wrestling recently announced a new match for the card of their NJPW Strong themed Collision in Philadelphia 2022 event on May 15th in Philadelphia, Pennsylvania:

Tokyo Joshi Pro Wrestling announced a new match for the card of their Yes! Wonderland 2022 event on May 3rd in Tokyo, Japan: