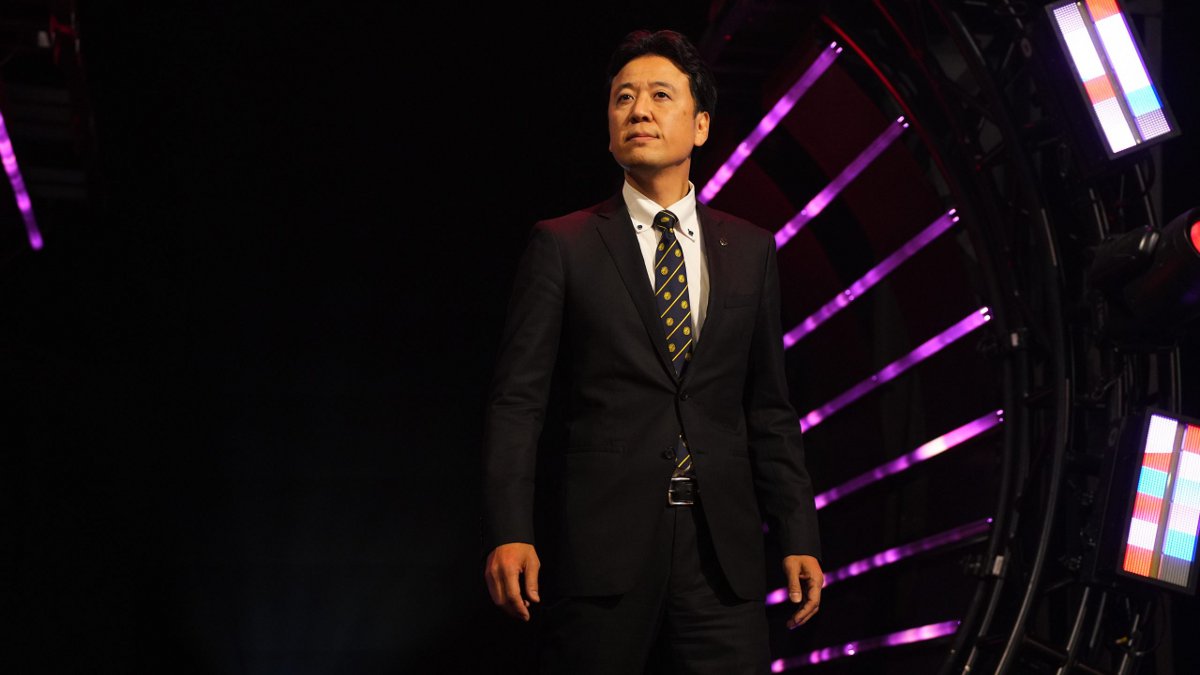 As noted before, AEW recently announced that they will be holding a co-promoted event with New Japan Pro Wrestling called Forbidden Door on June 26th in Chicago, Illinois.

Sports Illustrated held a recent interview with NJPW President Takami Ohbari and one of the topics discussed included his thoughts on a potential Forbidden Door follow-up event taking place in Japan in the future.

“Traveling between Japan and the U.S. is no longer a significant problem. If Japanese fans are invested in this event and the demand is there, then there will absolutely be the impetus for us to take the next step of holding an event in Japan.

NJPW and AEW will open the ‘Forbidden Door’ together this June, but what lies on the other side is something we will all have to wait to find out. One guarantee: I always say that NJPW’s wrestlers carry the pride and the fight of wild lions. Whomever they fight against, or whomever they even team with, they will carry a fighting spirit that is unmatched and unbeatable.”

AEW Announces Next Set of AEW Dark Tapings for This Weekend

AEW recently announced that they will be holding a new set of tapings for their AEW Dark series on May 1st at the Universal Studios in Orlando, Florida.

PWTorch’s Zack Heydorn reported that his sources stated that AEW officials originally planned for these upcoming tapings to take place on April 30th but made the decision to reschedule the tapings for the following day instead. The reason for this decision was not given.

Women’s Wrestling Army recently announced that Taya Valkyrie, Willow Nightingale, Janai Kai, and Holidead will be making an appearance for the company at their debut event on May 1st in Providence, Rhode Island. It was also announced that Lenny Leonard and Alyssa Marino will be the official commentary team for their upcoming event.

Game Changer Wrestling recently announced that they will be holding an event on June 3rd in Evansville, Indiana.

PWInsider’s Mike Johnson reported that Homicide, Ian Riccaboni, Cary Silkin, and Bobby Cruise were seen backstage during Wednesday’s AEW Dynamite show in Philadelphia, Pennsylvania. Cruise reportedly was invited to be the ring announcer for the ROH Telvision Championship match that was taped for this Friday’s episode of AEW Rampage.

MLW announced anew match for the card of their Kings of Colosseum on May 13th in Philadelphia, Pennsylvania:

West Coast Pro Wrestling recently announced a new match for the card of their West Coast 93 Till Infinity event on June 10th in San Francisco, California.

The National Wrestling Alliance recently announced a new match for the card of their Powerrr Trip 2 event on April 30th in Oak Grove, Kentucky: