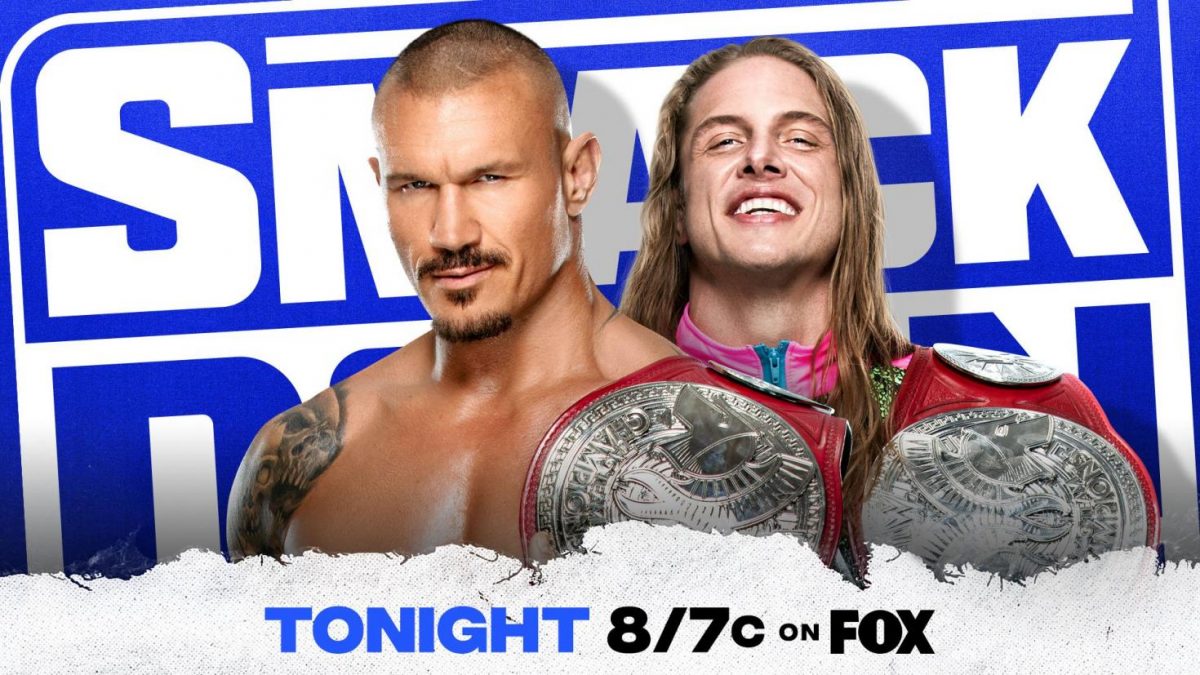 Results by Jerome Wilen of Wrestleview.com and Richard Trionfo of PWInsider.com

Out come the Raw Tag Team Champions RK-Bro. Samantha Irvin introduces RK-Bro as they hit the ring as the pyro goes off. RK-Bro pose as they are cheered by the crowd.

The Usos and RK-Bro face off in the ring. The Usos tell RK-Bro they are now behind enemy lines. The Usos demand answer from RK-Bro on the challenge to unify the Raw and SmackDown Tag Team Titles. Orton talks trash and then goes into how he has set records for 20 years in WWE. Orton accepts the challenge, then tosses the mic at The Usos and stares them down. Both teams raise the titles in the air as they face off. Michael Cole then says that WWE officials will need to make the match official to unify the Raw Tag Team and SmackDown Tag Team Titles.

RK-Bro walk up on Adam Pearce backstage. They tell Pierce that they both want the unification match. However, Pearce says as of last Friday, the “higher-ups” were still deciding if they want to do the match, and that he hopes there will be a decision tonight. Riddle says he wants Jimmy Uso. Pearce then books Riddle vs. Jimmy Uso for tonight.

The match concluded with Naomi ducking a move and then hitting the springboard kick to the face on Ripley. Naomi then followed-up a the Full Nelson Bomb. She then went for the three count, but only got a close two. Ripley rolled through for the Riptide but Naomi countered, but then Ripley was able to connect with it on Naomi for the win.

Backstage Kayla Braxton stops The Usos backstage for comments on what they saw with RK-Bro and Adam Pearce. The Usos ignore her and keep walking. They then enter the locker room suite of the Unified Universal Champions Roman Reigns.

Megan Morant is backstage with Happy Corbin. She asked Corbin about Moss. Corbin says calling Moss his associate puts them on the same level. Corbin said Moss was funny at first but then he started bringing down his career. Corbin blamed the end of his undefeated streak on Moss. Corbin said that since he dropped some dead weight he is happier than ever. Corbin said that Moss is trying to make a name for himself. He then went on to say that he can not wait to see Moss fall flat on his face and then become the laughing stock of Friday Night SmackDown. Corbin then laughed to end the backstage interview segment. 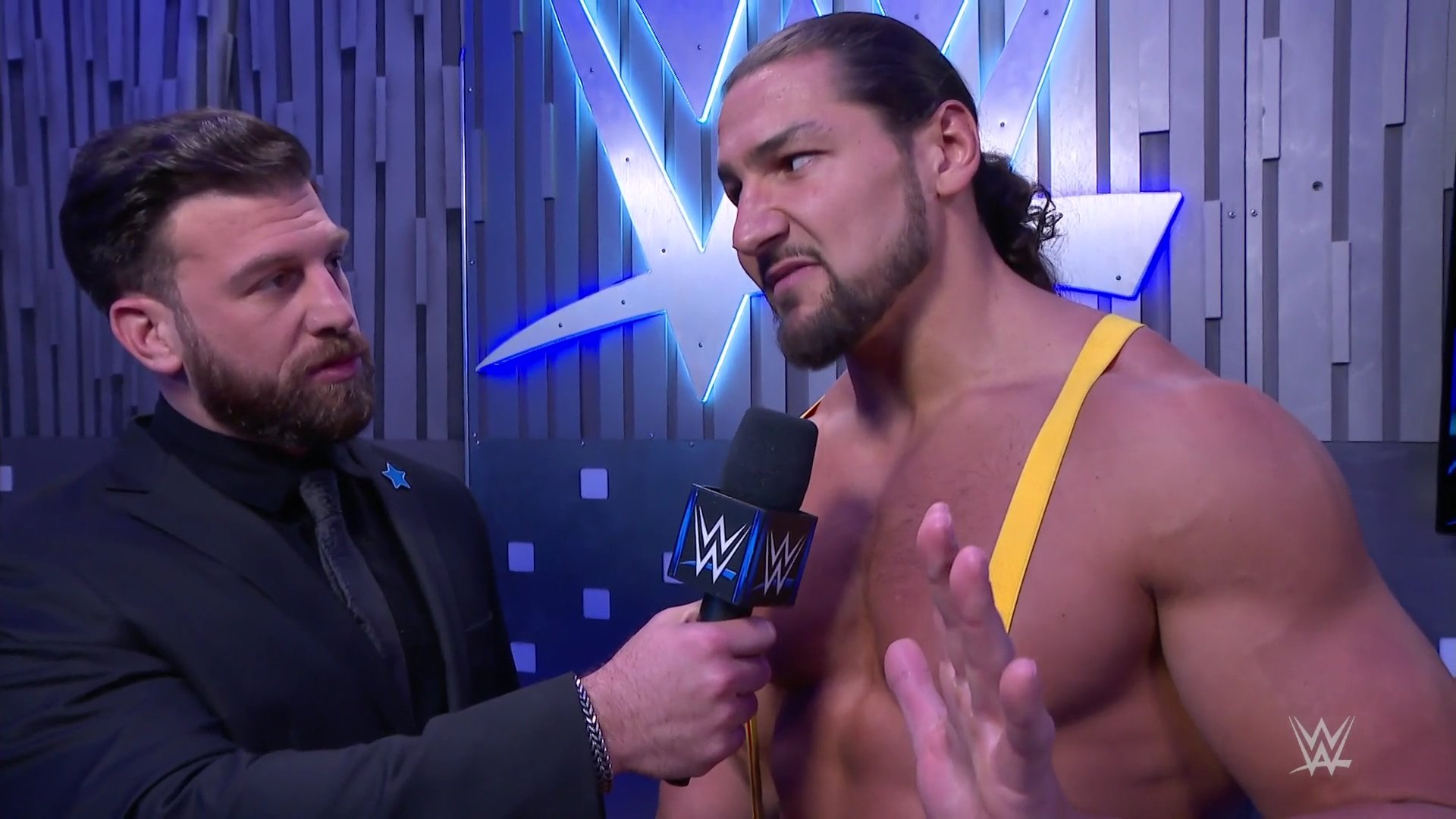 Drew Gulak is then backstage with a mic. Cole said that Gulak is trying out as a member of the SmackDown broadcast team. Gulak asks Moss about the comments that were made by Corbin. Moss said that he feels sorry for Corbin because of his personality. He then said Corbin did bring him to SmackDown, and then gave him a nice pair of suspenders, and also teach him some jokes, which is why the jokes are terrible. Moss then goes on to say he is happy to be moving on from Corbin. Gulak asks about tonight’s match with Humberto. Moss says if Los Lotharios thinks they will make him a laughing stock, they can put their Kiss Cam right here as he points to his butt.

Moss defeated Humberto with The Punchline, his modified neckbreaker.

Post-Match: Angel checks on Humberto in the ring and then yells at him for losing to a joke like Moss.

We go to a backstage segment with Charlotte Flair confronting Adam Pearce. She asks Pearce who accepted Ronda Rousey’s request for the “I Quit” match at WrestleMania Backlash. Drew Gulak then interrupts the segment. Flair is then upset at Gulak and said to him that he can get a performance review, but only after he interviews her in the middle of the ring.

After a commercial break, it was announced that the Winners Take All Tag Team Title Match is set for WrestleMania Backlash on May 8.

Back in the ring, Drew Gulak has a mic, and introduces Charlotte Flair. Gulak opens the ropes for her. Flair tells Gulak to just hold the mic. Gulak asks Flair if she is concerned about Ronda Rousey at WrestleMania Backlash. Flair said that she did not refuse the match, but only that she is trying to protect Rousey. At the end of the interview, Flair mentioned the WrestleMania 38 match. Gulak said he watched it, and that it looked like Rousey made Flair tap out. Flair told Gulak his comment is ridiculous. After the interview ended, Flair attacked Gulak from behind with a chop block. She then locked a Figure Four on Gulak. Referees rush down to as Flair then broke the hold. She then posed and raised the title in the air.

Backstage, clips of Gunther destroying people were shown and Gunther said, “You will obey.”

At the conclusion of the match, Sami attempts to jump the barrier, but Drew brings him back in. Sami avoided the Claymore and went through the crowd. The referee counted Sami out.

Winner by Count Out: Drew McIntyre

Post Match: Drew rushed through the crowd as Sami ran away and disappeared into the crowd.

Backstage, Kayla Braxton is with Intercontinental Champion Ricochet. He said he sees Jinder Mahal as another tree trunk of a man that is ready to be chopped down. Ricochet said at the end of the interview that IC title is not going anywhere tonight, and walks off.

Remainder of results by Richard Trionfo of PWInsider.com

Butch says it is the New Day. Sheamus says there is no trouble in this paradise. Holland says they lost Butch and they freak out.

After commercials, The New Day are signing merchandise and they are talking about Butch and Butch attacks Kofi and Woods. Holland and Sheamus show up top stop Butch and then officials show up and there is a lot of yelling.

We continue the look into Lacey Evans. Lacey says after her mom took her and ran, her father found them in Texas. He wanted to teach them the values he learned but it did not work well for them. He says they would be punished if the chores were not done properly. If the meals were not prepared properly he would throw the dishes at them. Eventually due to his father’s mental health issues and addiction, he was a wanted man for what he did.

Lacey mentions they went from town to town in tents. Child Protective Services were involved with her family but they did not help. She learned to keep fighting and hold her head up. Her ability to find the positives in the middle of so many negatives made her who she is today. I am comfortable at rock bottom and there is nothing that anyone in the locker room can hurt her. That doesn’t make any better than them.

Shayna Baszler and Natalya watch MONITOR in the locker room. Natalya talks about how this is a land of misfit toys. Now this new girl is putting her stuff all over the locker room.

Raquel Rodriguez introduces herself and Natalya changes her tune and shakes Raquel’s hand. 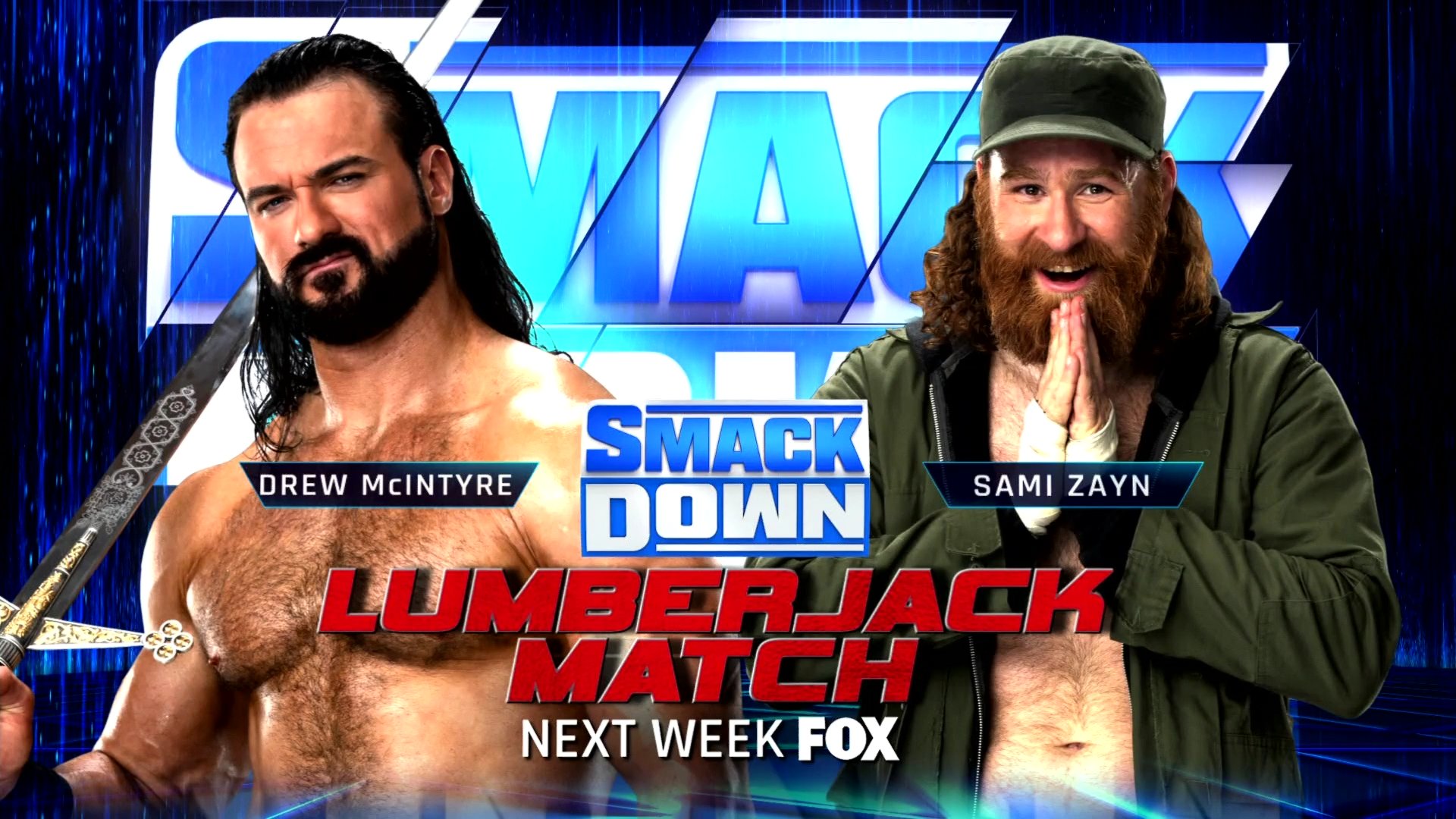 Jimmy with a Samoan drop for a near fall. Randy and Jey have some words on the floor and Jimmy with a baseball slide to Orton. Riddle with a jumping knee and Jey trips Riddle on the turnbuckles while Orton is talking to the referee. Jimmy with a super kick and he goes up top while Orton sends Jey off the announce table with a back drop driver. Jimmy misses a frog splash and rolls through. Riddle with an RKO for the three count.