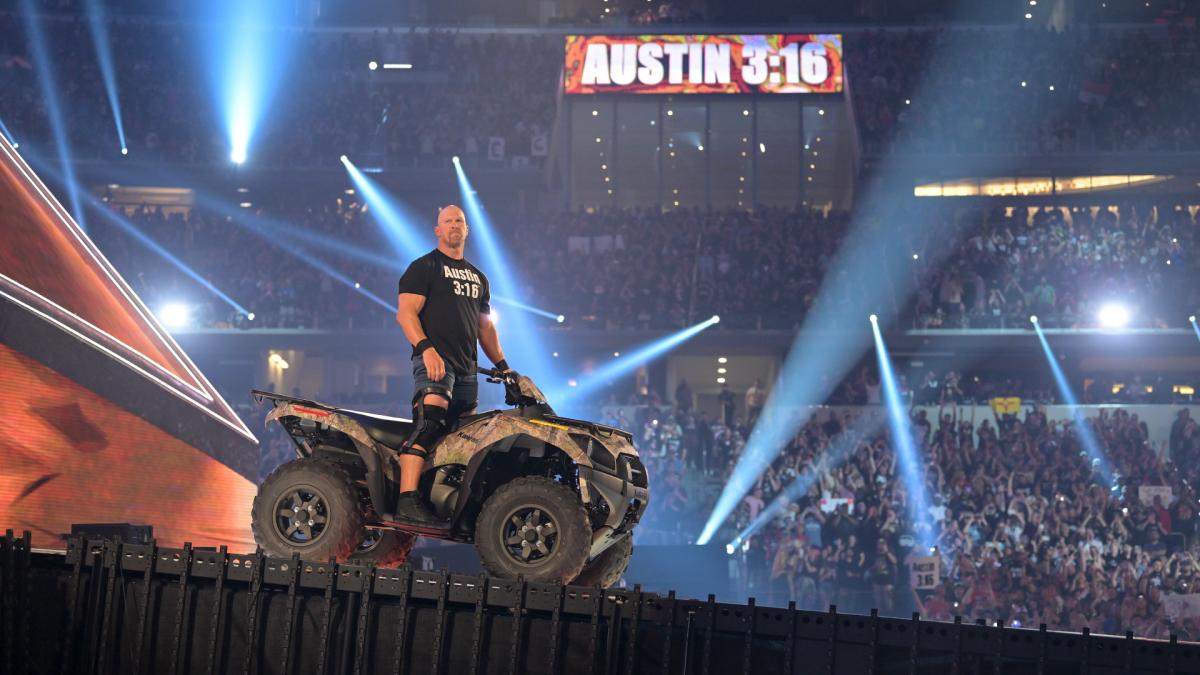 WWE held a recent interview with Stone Cold Steve Austin. One of the topics discussed included his thoughts on his match against Kevin Owens at WrestleMania 38 and finishing his in-ring career in Dallas.

On the topic of his match against Kevin Owens, Austin stated:

“I came here looking for anything. This is where I started and I was lucky enough to finish here. KO is outstanding, but he ran his mouth a little too much and it finally caught up with him. It was an honor to be here on such a stacked card with so many great matches.”

On the topic of his feelings about the moment of finishing his in-ring career in the Dallas area, Austin stated:

“You just love the crowd, you love the crowd, the guys and gals before me had so many great matches. It’s really hard to follow that, but you live and die by that crowd. This crowd is so faithful, so loyal, so rambunctious, they’re behind everything you do. I give a shout out to the WWE superstars that worked before me and will work tomorrow night, but I give the biggest shout out to the crowd because I never expected to headline a WrestleMania at this day and time. It’s all about the WWE Universe.”

In regards to the dropped New Day vs. Ridge Holland & Sheamus match for Night 1, Johnson reported that Ken Doane and Petey Williams would have been the match producers for it.

WWE reportedly originally had plans for Drew McIntyre to have a special entrance at WrestleMania 38, according to F4WOnline.com.

It was reported that WWE officials originally had planned for McIntyre to make his entrance accompanied by a group of “kilted warriors” for his match against Happy Corbin at the event. One of the actors contacted to play as a kilted warrior stated on Twitter that WWE had scrapped the plans due to them not having enough time to finalize McIntyre’s special entrance.

Another actor contacted for the role revealed on Instagram a backstage photo of what the kilted warriors would have looked for McIntyre’s scrapped special entrance.