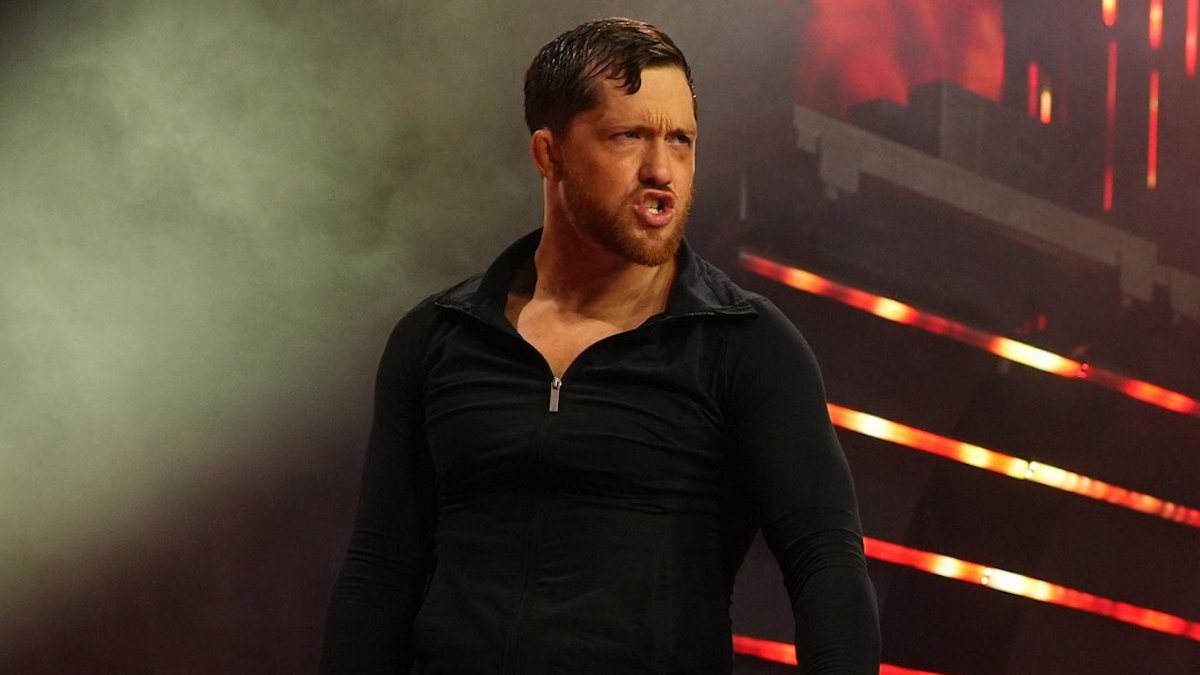 A recent episode of the Toddcast podcast had Kyle O’Reilly as the guest. One of the topics discussed included O’Reilly revealing the length of his current contract with AEW and his current AEW career goals.

“For me, in five years, I’ll still be with AEW. I signed a five-year deal with them.

Hopefully, by then, champion of the company or several time tag champion, just having fun and never losing that love I have for the business. It’s so easy to get kind of jaded and bitter and beat up in this line of work because sometimes it’s such a grind. You’re traveling all the time, you’re beat up, you’re sore, you’re not always getting used. I want to be happy with what I’ve accomplished and satisfied. Hopefully, having kick ass matches because that’s what it’s about for me. Getting in the ring. That’s where Kyle O’Reilly is best suited, between those ropes, just trying to have good matches with guys.”

AEW reportedly is currently working on plans for a Mixed Tag Team match to be featured at their upcoming Double or Nothing 2022 event this weekend, according to the Wrestling Observer Radio.

Dave Meltzer reported that his sources stated that a recent internal list for the card of AEW’s upcoming Double or Nothing 2022 event includes tentative plans for a Mixed Tag Team match to take place at the event. This match listed Sammy Guevara and Tay Conti facing off against Paige VanZant and either Scorpio Sky or Ethan Page as her tag team partner.

“The plan for sure was a mixed tag. I know people who presume that still is the idea.

I was outright told over the weekend that it was ‘listed’. Until it’s announced it’s not announced, they could do it a different way. But, I was actually outright told that that match is tentatively scheduled for the pay-per-view and that is probably where they would do it.”

A recent episode of the Casual Conversations with The Wrestling Classic podcast had Thunder Rosa as the guest. One of the topics discussed included Rosa’s thoughts on the significance of the gear she will be wearing at AEW’s upcoming Double or Nothing 2022 even this Sunday in Las Vegas, Nevada.

“Well, this Double or Nothing gear, it’s related to Day of the Dead. The face paint was given to me by one of my friends in the Bay Area. He thought it would be a great idea for us to attract more Latino customers to his company so they painted my face. That was the only place that I used it and then I went to Japan and I got a concussion. I wasn’t getting over oh, I was coming out every night like I was nobody. Then, my husband said, ‘Why don’t you just start using face paint. You are a luchadora, right? You don’t use a mask, might as well do something.’ So I started using that. I started using half-face paint and it got over really, really well. But the whole thing, it came out when — my uncle, I had a show in Los Angeles, my stomping grounds when I started wrestling, my uncle asked me who Thunder Rosa is, right? I give him a generic answer. then he said, he gave me the whole explanation that when he was seven years old, my grandfather and him in Tijuana, Mexico to watch wrestling. He was on his lap, my grandfather would happen to get a heart attack and die watching professional wrestling. So pretty much to sum it up. He says, ‘You know the meaning of Day of the Dead, right? You remember people that passed away in a positive way, or in a happy way for your whole life, even though you went to college or whatever, you were destined to be a professional wrestler, and you were destined to represent those who didn’t make it.’

Add to that, the reason my name is Thunder Rosa is that I worked in a place called Thunder Road. I used to work with kids from 13 to 18 years old who had mental and drug addiction problems. Some of them never made it. I shared the most beautiful stories with them, their goals, and their dreams. Some of them got murdered by the police, some of them committed suicide, and some of them are in prison. So I continue to represent all those kids, again, lost souls, right?

Then, this show coming up, Double or Nothing, this is one of the most elaborate things I’ve done for my gear. Time, effort, money. Like you were saying, I will be representing the Lost souls of a lot of the disappeared women in Mexico in the last couple of months. I think in the last two years, over 750 women have disappeared from the border, the Border towns in Mexico, these are women that have gone to work, try to find a job to support their families, their daughters, their mothers, cousins, you name it, and they have disappeared completely. Nobody knows where they are, they haven’t found their bodies. So I will be representing every single one of them in Las Vegas.”