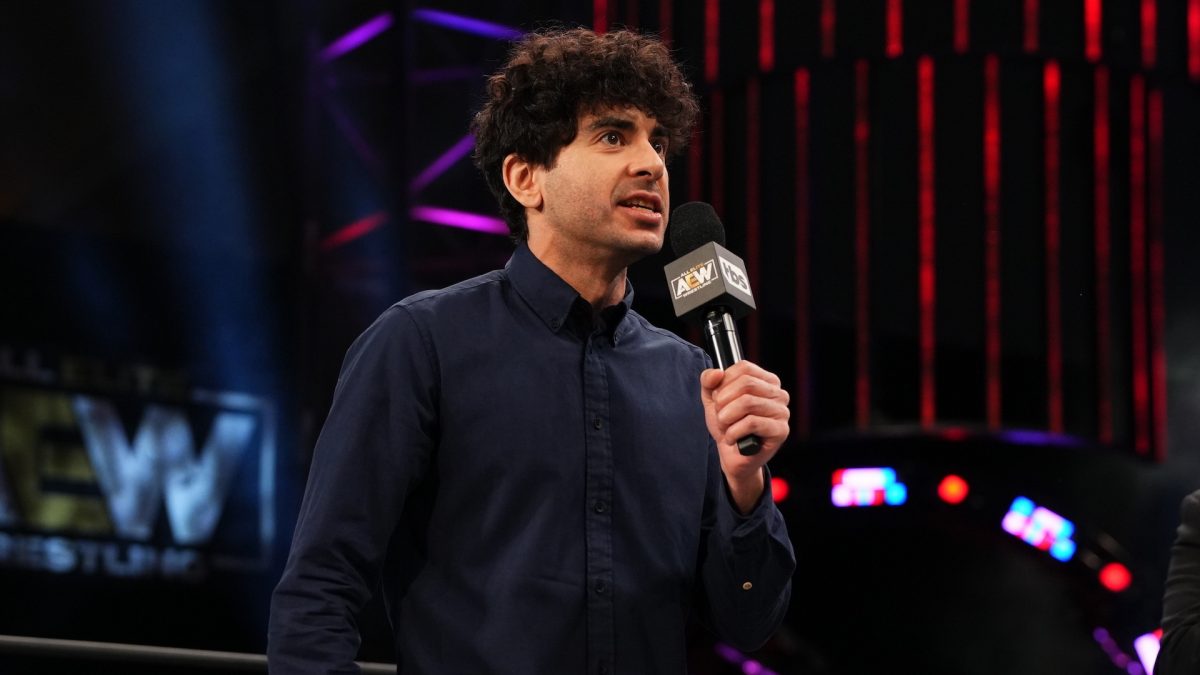 “We’re at The Forum (in Los Angeles) next week [June 1] and I’m really honored and it’s a great privilege for us because a lot of the top executives from Warner Brothers/Discovery are going to be at The Forum. We have a sold out show, a ton of fans coming. We’ve opened up more seats. It’s one of our biggest crowds in one of the biggest sports markets in the world and some of the greatest wrestling fans. It means a lot personally for me to be in The Forum to begin with, but I can’t tell you what it means that a lot of top executives from Warner Brothers Discovery are not only coming to the show, but they’re throwing a great event for us afterward in The Forum. Just to have their presence to begin with, it means so much they would come to the show, but also a lot of the top executives in the Warner Brothers Discovery family are going to have an event with us with a lot of people in AEW. We’re going to hang out and that means the world to us, getting to know each other better. They’ve been so supportive and great coming in. It means so much to us to be working with the largest producer of content now after this great merger and running such an efficient ship. To be a part of it, putting up numbers, working hard, showing up every week.”

This upcoming Friday’s episode of AEW Rampage reportedly is currently scheduled to air starting at 6:30PM EST. This show will be airing once again at an earlier start time due to TNT’s current commitments with the NHL 2022 Playoffs.

Johnson reported that AEW’s Double or Nothing 2022 Countdown special is currently scheduled to air starting at 11:30PM EST or after the conclusion of that night’s NHL coverage on the network.

AEW and events distributor Joe Hand Promotions recently announced that they are partnering again for the airing of this Sunday’s AEW Double or Nothing 2022 event at select theaters across the United States.

AEW recently announced that they will be holding a Karaoke Night event as part of this Friday’s AEW Double or Nothing Fan Fest festivities in Las Vegas, Nevada. It was also announced that all profits generated from this event will go towards the Las Vegas Rescue Mission charity.

Bleacher Report recently announced that they will be airing AEW’s upcoming Double or Nothing 2022 event live on their B/R App, the official Bleacher Report website, and connected devices.