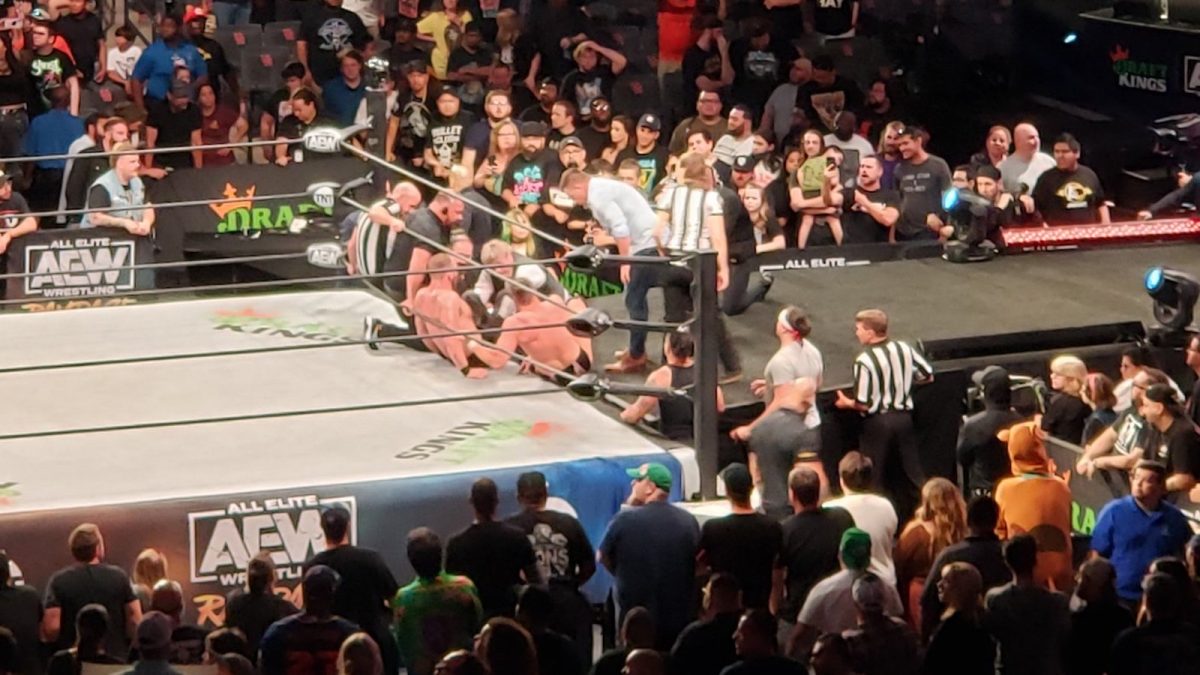 Bryan Danielson may have been injured in a freak incident during tonight’s AEW Rampage tapings after Dynamite when his leg got stuck between the ring and the elevated entrance ramp.

During the brawl, Danielson’s leg somehow got stuck and it apparently took about 10 minutes for him to be freed according to fans in attendance.

In a fan video, Danielson can be seen grimacing while people try to get him out.

Once he was finally freed, he was able to walk off on his own, but was limping. Officials tried to help him to the back, but he shoved them off, then jokingly flipped off Jon Moxley before hobbling to the back, which may be a good sign that it hopefully isn’t anything serious.

Update: Bryan Alvarez said on Wrestling Observer Radio that he was “strongly given the impression that it was all a work from start to finish.”

“I think he just came up with a wacky idea and thought it would be funny,” Alvarez said. “I was told by someone there that they actually laughed about it.”

PWInsider also reported that Danielson was “OK” backstage, so whether it’s a work or not, it would appear that he’s not seriously injured.

Scary moment at the taping of #AEWRampage as Bryan Danielson’s leg got stuck between the ring and the ramp and was trapped for over 10 minutes after the show ended #AEW pic.twitter.com/zRpGwibQ0i

So uh… in the closing melee, Bryan’s leg got caught between the end of the ramp and the ring. It took a bunch of dudes a long time to get him out and he was hobbling to the back. #AEWRampage pic.twitter.com/kkTBaVHQtu