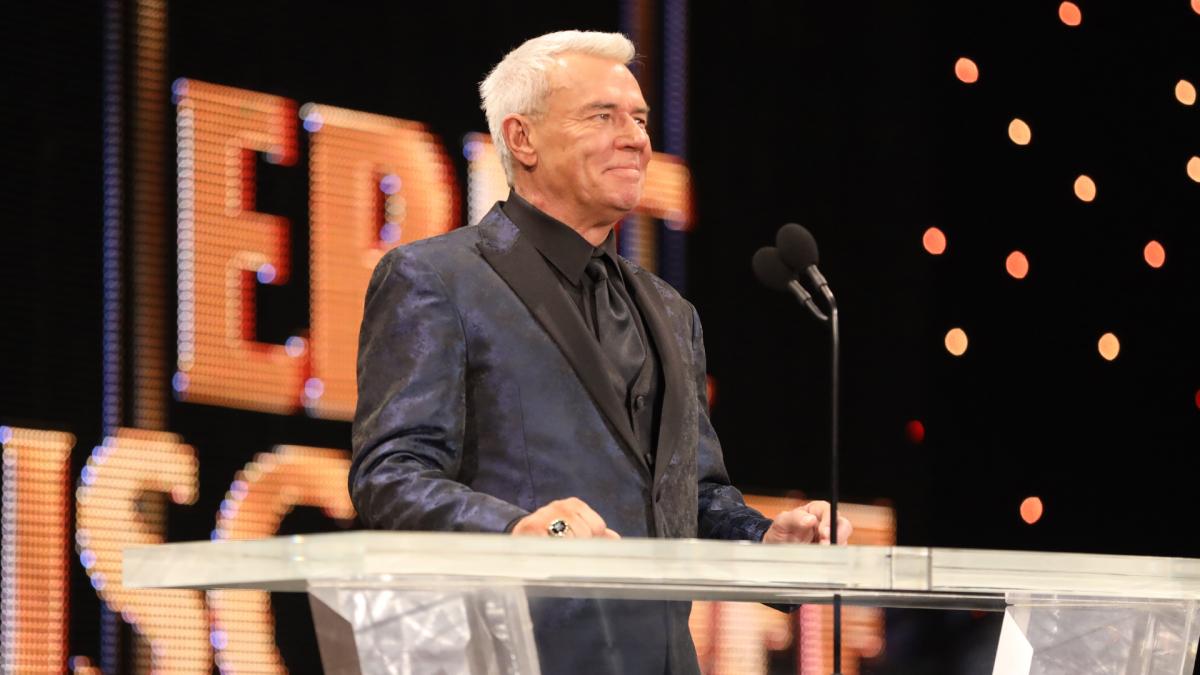 A recent episode of the Strictly Business with Eric Bischoff podcast featured host Bischoff offering a new round of criticisms towards AEW, this time claiming that the company is not growing their viewership due to them not catering towards casual fans for their shows. Bischoff also criticized CM Punk over Punk’s past claims that casual wrestling fans no longer exist the way Bischoff believes they do for television.

“How do you define the casual fan? I don’t know if there’s one definition and everybody will have their own definition. I’ve always considered casual fans within the context of research as people who drop in once or twice a month and always have. They still like it, if there’s nothing going on if they have some time and they don’t have anything else they’re really interested in doing at that moment.

They might almost habitually check out wrestling. They probably don’t go to live events or go to one or two pay-per-views a year, but they still have an affinity for the product and will tune in occasionally. That’s a casual fan to me but I’m sure for other people they might have a different definition of that.

The casual fan is still out there. If you build it, honest to god as corny as it sounds, if you build it, your audience will show up. They will, that lapsed fan is another term I’ve heard in a lot of research that I did. ‘I used to watch wrestling but I don’t watch that sh** anymore.’ Sometimes it’s just life, your job, your kids, whatever. If anybody’s going to try to convince me that you can’t find that audience again, they shouldn’t be in the wrestling business.

All due respect to CM Punk, CM Punk never spent five minutes in the television business. He knows a lot about what’s going on in the wrestling ring, he knows a lot about building a character, more than I ever will in terms of executing it. But to make the casual statement that ‘I think the lapsed fan is gone and I don’t think they’re ever going to come back,’ what the f*ck are you doing in the television business then dude? It makes no sense to me, I don’t believe it’s true.

I heard the same thing going back to pre-Nitro. All I heard was ‘Wrestling’s dead, I know it used to be really really popular but if you look at the ratings it’s going down and down every week and it’s not as popular as it used to be, it’s a dying format.’ I heard executives in Turner trying to convince me of that and it wasn’t true and I wouldn’t allow it to be true and I wouldn’t allow them to say it out loud if I had any control over it. They’re out there, it’s your job as producers and entertainers to get them talking about you again.”

CM Punk responded on Twitter to a fan who criticized similar claims made by Bischoff in a separate episode of the 83 Weeks with Eric Bischoff podcast. This fan stated that WCW would have had a much better chance of staying in business had they not alienated their hardcore fans when things were getting really bad for the company.

“Wrestling twitter needs to stop amplifying all the old head bad faith bad take carny dipshits. They had their moment in the sun. Let them die in the dark with their ego podcasts. Quote me.”

Wrestling twitter needs to stop amplifying all the old head bad faith bad take carny dipshits. They had their moment in the sun. Let them die in the dark with their ego podcasts. Quote me. pic.twitter.com/ryMcGSW10u

Following Punk’s tweet, Bischoff responded back to Punk in a string of Tweets, which included him mocking Punk’s failed MMA career and not being worried about burning bridges with AEW.

Ok: “So, I’m not Hogan or Savage. Daniel Bryan and Adam Cole, they’re not The Outsiders, I see the parallels, but this is totally different. I’ll go ahead and say it and people can quote me and they’ll be p*ssed off about it, but to me, this is bigger."

How’s that working out? https://t.co/PPK9wALmoJ

I have no problem burning bridges. I know how to swim. https://t.co/ZfI3Nm5rRT