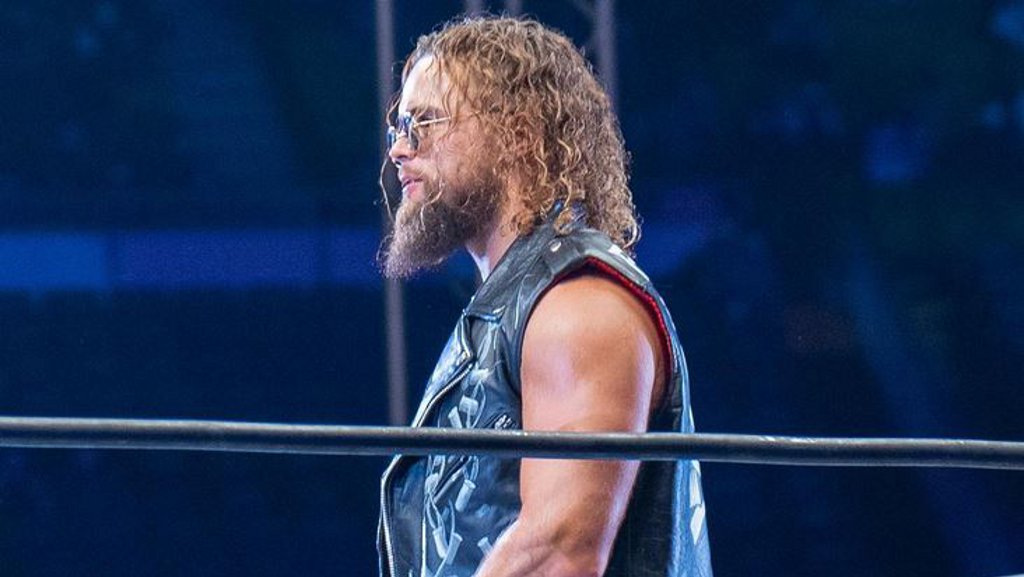 Sports Illustrated held a recent interview with Juice Robinson. One of the topics discussed included Robinson confirming that he recently signed a new contract with New Japan Pro Wrestling to remain in the company for the foreseeable future.

“If I was going to stay with New Japan, I needed to do it my way. That’s what you’re going to see. That’s what you’re going to hear. I now have the license to do this the way I want. I’m keeping the details private, but I’m here where I am supposed to be. I don’t want to work somewhere else. I was about to, and I was ready to, but I didn’t want to. New Japan is where I belong.”

“What we do works best when it’s real, and there’s been a relationship between me and Jay since we were in the New Japan dojo. Jay can be the leader of Bullet Club. I’m fine with that. But remember, Michael Jordan doesn’t win six titles without Scottie Pippen. Bullet Club has been talked about a hell of a lot more since I joined. So I’ll be the No. 2. I’ll be Pippen. They were a legendary one-two punch. Think of what me and Jay can do in tags, and I’m excited about the eight-man tags we can have with The Good Brothers. Bullet Club just got a whole lot better.”

In a separate interview with NJPW’s English website, Robinson also gave his thoughts about fooling people online into thinking he was leaving NJPW to go work elsewhere for his career.

“Not that I owe anyone any explanation, but I was never going to retire. That was just me lying to a bunch of gullible idiots. People believe that if they read something on the internet it has to be true. So all I had to say is make sure it landed on the internet, and everybody believed it, hook line and sinker.”

NJPW also announced that this week’s special Friday date is due to recent schedule changes made for their NJPW Strong series affecting last week and this week’s shows.

A trademark for “Rip Fowley” was filed by WWE on May 4th for wrestling and entertainment-related purposes.

A trademark for “The Wizard” was filed by Chris Jericho on May 5th for wrestling and entertainment-related purposes.

A trademark for “The Watch” was also filed by Jericho on May 6th for similar purposes.

A trademark for “Adam Bombcast” was filed by former wrestler Bryan Clark for wrestling and entertainment-related purposes.

Circle 6 Wrestling recently announced that Zachary Wentz, former Nash Carter in WWE, will be making an appearance for the company at their co-promoted event with No Peace Underground called Deliver Us on May 21st in Orlando, Florida.

Terminus recently announced that they will be holding an event called Modern Age Grappling on May 22nd in Hampton, Georgia.

AEW talent Orange Cassidy recently announced that himself and AEW talents Chuck Taylor and Kris Statlander will be making an appearance on the upcoming second season of Netflix’s Floor Is Lava reality competition series.

A court hearing for Tammy Stych reportedly is currently scheduled to take place today in the Circuit Court of Volusia County, Florida, according to PWInsider. Mike Johnson reported that the court will officially decide whether or not to approve a motion filed by the State of Florida requesting for her to be sent back to jail due to the State viewing her as a serious risk to the public’s safety. Sytch is currently facing the possibility of up to 30 years in prison if convicted of felony DUI manslaughter from her fatal car accident incident this past March.

Major League Wrestling recently announced a new match for the card of their Kings of Colosseum 2022 event on May 13th in Philadelphia, Pennsylvania:

GLEAT recently announced three new matches for the card of their G PROWRESTLING Ver. 24 event on May 18th in Tokyo, Japan:

The National Wrestling Alliance recently announced two new matches for the card of their Alwayz Ready event on June 11th in Knoxville, Tennessee:

Impact also announced three new matches for the card of their Citrus Brawl themed Impact! tapings on May 13-14 in Kissimmee, Florida: