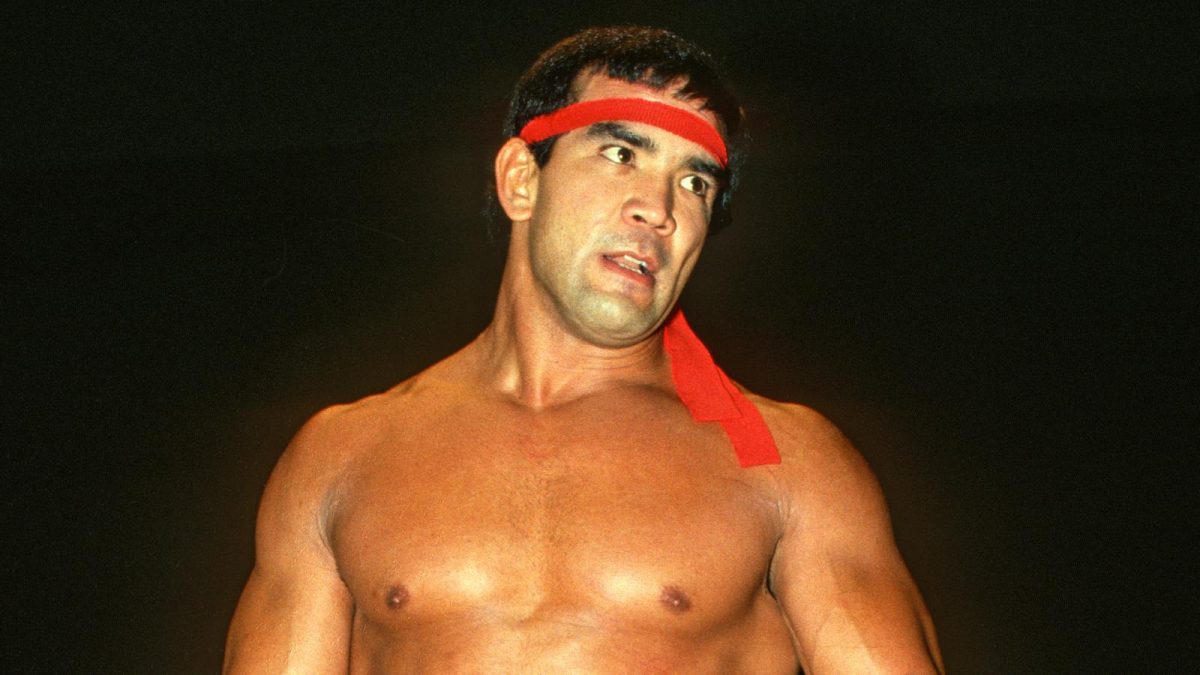 As noted before, Ric Flair recently announced that he will be competing at an upcoming event called Ric Flair’s Last Match on July 31st in Nashville, Tennessee. Flair’s retirement match is currently rumored to be Flair & FTR vs. The Rock ‘n’ Roll Express & a mystery partner.

Highspots Superstore held a recent fan signing event with Ricky “The Dragon” Steamboat as the guest. One of the topics discussed included Steamboat revealing that he recently turned down an offer to be the mystery competitor for Flair’s Six-Man Tag Team retirement match.

“Well, I was approached and given it really some serious thought. A lot of respect to the guy in the ring. You know, both of us are night and day when it comes to stuff out of the ring. Flair wouldn’t be Flair without it. I thought about it for a week and just recently just declined on it. I know when I wrestled Jericho at WrestleMania 25, then we had the return match at Backlash in a singles, but at 69, and I know it’s a six-man tag and I could get a little this and that in, but with all due respect to our fans, I want them to remember me that last time I was in there with Jericho when they chanted, ‘You still got it.’ I don’t want to scar that phrase. Even that night with Jericho, you know, I was working for the WWE. I was one of the trainers at the school and was pretty active in the ring, so I had a lot of confidence in myself. But knowing Ricky now and not being in the ring for a number of years, I don’t want to tarnish the memory that the fans have of me. It’d be a good payday, sure, but I don’t want them thinking, ‘Maybe he should have stayed retired.’ You know, and I could get out there and maybe pull it off and say, ‘Well, you know, for a guy who’s 69 years old, he sure did pretty good,’ but that’s the double-edged sword right? So, you know, The Dragon does have a lot of pride in his work and the way the fans remember me in the ring, and I want that lasting impression. I know my physical capabilities right now. I would love to be able to go out there and perform like I did with Jericho. I was 56 or 57 years old, but I think I want my fans to remember me as that guy and not have a chance of disappointing. That’s how much I love my fans.”

It was also announced that proceeds generated from this upcoming event will be going to Otani to help financially assist his medical costs following his spinal-related injury this past April.

Starrcast recently announced that they will be holding a panel called “The Roast of Ric Flair” on July 29th as part of their upcoming Starrcast V convention on July 29-31 in Nashville, Tennessee.

Starrcast also recently announced that they will be holding a Four Horsemen reunion panel on July 30th as part of their upcoming Starrcast V convention in Nashville. It was announced that this reunion will be featuring Ric Flair, Arn Anderson, Tully Blanchard, Lex Luger, JJ Dillon, and Barry Windham.

Tokyo Sports reported that All Japan Pro Wrestling talent Suwama is currently working on plans to launch a new all-women’s promotion in Japan this September. It was reported that the tentative name of this new promotion is “Evolution” and it will be associated with AJPW. (English translation via PostWrestling.com)

CBS recently released a trailer for their upcoming new television drama series called East New York featuring AEW talent Miro among the cast. Miro will be playing the character of Nikolai Dushkin on the series.

Terminus recently announced two new matches for the card of their Modern Age Grappling on May 22nd in Hampton, Georgia:

Game Changer Wrestling recently announced a new match for the card of their Downward Spiral event on May 28th in Las Vegas, Nevada: