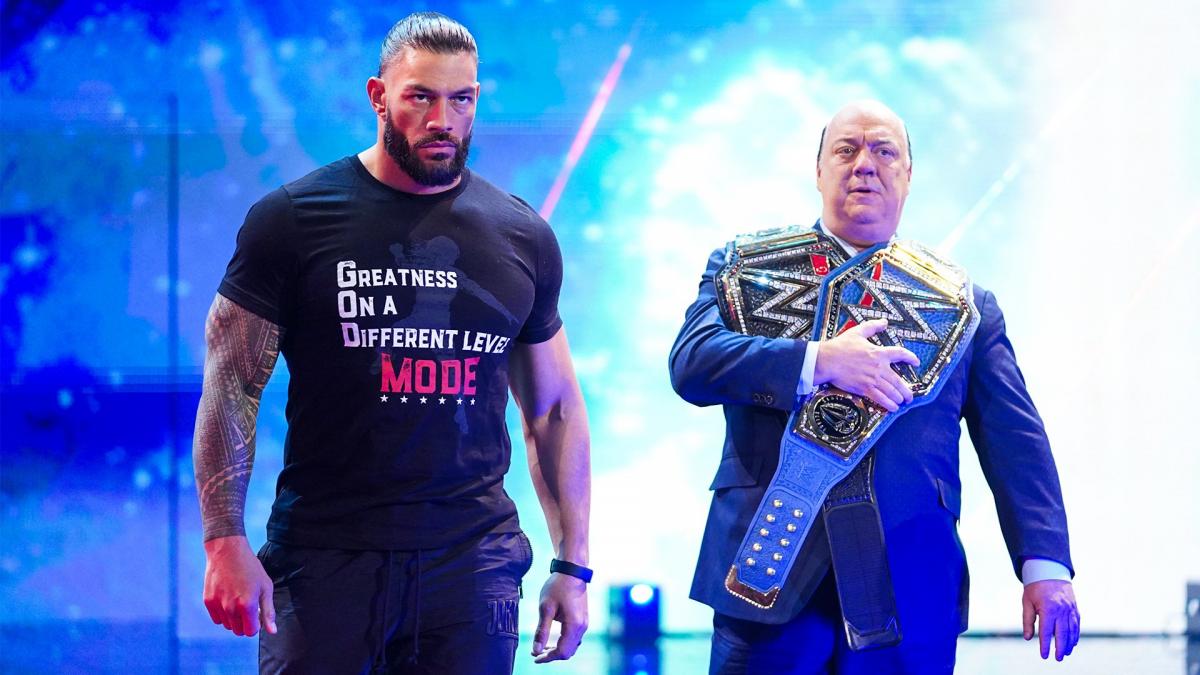 A recent episode of the Wrestling Inside the Ropes podcast had Paul Heyman as the guest. One of the topics discussed included his thoughts about a potential future Cody Rhodes vs. Roman Reigns’ match and feud in WWE.

“Absolutely [Cody Rhodes is box office and I’d like to see him in the ring with Roman Reigns]. Cody Rhodes is not only someone with an extensive legacy, my God, he’s son of The American Dream Dusty Rhodes but he has carved out his own niche. He’s achieved his own accomplishments and when he couldn’t gain enough traction in WWE to become a legend, to become a first-ballot Hall of Famer, to become a WWE or Universal or Unified Heavyweight Champion, he went out on his own. He ‘blazed his own trail.’ He created something, co-created, helped create something that completely changed the complexion of the industry and now he comes back to claim what he feels is his moment and the only way he’s gonna be able to live that moment is to step into the ring with ‘The Tribal Chief’ Roman Reigns. It’s a story that writes itself and Cody Rhodes is a magnificent talent who whether he is — and he is the son of Dusty Rhodes — but whether he is or isn’t the son of Dusty Rhodes, on his own just as ‘Joe Blow’ — not as big a name as ‘Cody Rhodes’, but still, he could take the name ‘Joe Blow’ and he could become huge box office. He’s that talented.”

Heyman also gave his thoughts about the similarities between Rhodes’ involvement in the launch of AEW and what he did with ECW during the 1990s.

“There is [similarities in what Cody did with helping create AEW and what I did with ECW]. I was dissatisfied with the landscape in the industry and I decided to change it myself and that’s what Cody Rhodes did. He was dissatisfied with the landscape of the sports-entertainment industry and he went out on his own and along with others, he changed it himself and he changed it along with the various people that collaborated to create a new landscape in the industry so yes, there are parallels.”

Adam’s Apple held a recent interview with John Cena. One of the topics discussed included Cena’s thoughts on his interest in a potential return to WWE and the upcoming 20th anniversary of his WWE debut.

“Oh, soon. I know in WWE, I turn 20 pretty soon so that’s a pretty big thing. From a pretty storied class of folks Batista, Randy Orton, Brock, we kind of all turn 20 this year, so I’m aware that that’s coming around the corner, and who knows, but it’s one of those hard truths to bear. There’s a lot of cool stuff going on, and I don’t want to say no to any opportunities that are on my doorstep. So I don’t know when I’ll be back. But hopefully, it’s soon. I’ve been gone for too long.”

Cena also gave his thoughts about his transition from a wrestling career to an acting career.

“Just be okay with failing. This ‘transition’ has taken 15 years now. So from ‘The Marine’ until now and there’s a lot of failure in there you guys have watched. Don’t be afraid to fail, and it’s okay to have a great support system around you, and certainly the WWE audience, I’ve said on multiple occasions and I’ll keep saying it, they made me into the man I am today.”

Military News held a recent interview with Damian Priest. One of the topics discussed included his thoughts on Edge asking him to join his new Judgement Day group.

“It’s funny, since my time in NXT, Edge and I have had conversations about getting together and doing some business together. We have a lot of similarities and I have been very open about how many people and idols I look up to and Edge is clearly one of them. Everything has to do with timing. I kept pushing through. Every time we speak I would say, hey by the way, if you ever want to do stuff…. I text him all the time for advice or call him and he is very cool for me to throw ideas at him and give me his opinion. Finally, we came to a spot where I did not know what direction I was going to go and he was open to new ideas. He said maybe I’II reform another group or team up with somebody and he said to me, what do you think, do you want to pair up? HE asked ME. That’s how it went down. He came up to me and said ‘would you be interested in this?’ I said, ‘Absolutely, why are you asking me, this is totally what we are doing.”

Priest also gave his thoughts about the valuable career advice he received from The Undertaker.

“There are so many, but like I always think about the little things, the private things, like when Hunter will send me a text, or pull me aside backstage and start talking to me, or Shawn Michaels will call and just talk to me. I am like, I can’t believe these guys have my phone number. These are my heroes, like is this real? Undertaker gave me advice at SummerSlam where he literally sat down at the table I was eating and said, ‘Hey man do you mind if I give you some advice?’ I was like, what, I can’t believe you just asked me that. Yes, please give me all of it. That’s one of those moments where I am like, is there anybody else watching this? He is talking to me. If this is a dream, I don’t want to wake up. In the ring, every moment is a pinch-me moment. The idea that I have theme music going to the ring, that right there, it’s those little things that I am like, I can’t believe this is my life. I am very grateful.”