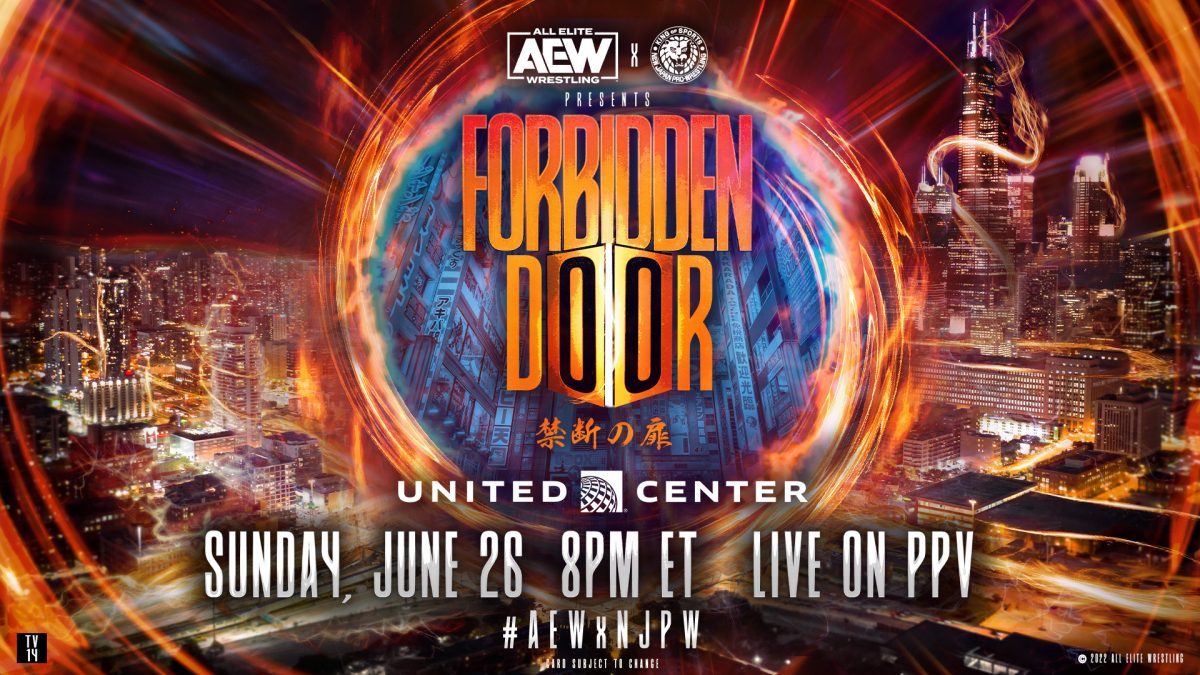 Some of the topics discussed included Khan’s thoughts on the string of injuries that have affected the booking plans for AEW and NJPW’s upcoming event. Khan stated that while it has led to a lot of changes being made, he is lucky that both companies have a lot of great stars available to accommodate the changes.

On the topic of the original plans for the event, Khan stated that NJPW had originally given him a list of their talent who would be available for this event, which included Hiroshi Tanahashi and Will Ospreay. Khan stated that he originally had planned for CM Punk vs. Tanahashi to take place at the event while plans for Orange Cassidy vs. Ospreay had been set in place for some time. Khan also stated that he knew beforehand that Kazuchika Okada and Jay White would also be available and was excited for what NJPW’s plans were for both guys leading into the event.

On the topic of Bryan Danielson, Khan praised him for being a very valuable member of the company both on camera and backstage. In regards to Danielson’s injury situation, Khan stated that Danielson has been feeling better but he did not want to take any chance if Danielson was less than 100% healthy. Khan also stated that this was the reason why he decided against going ahead with the hyped up Danielson vs. Zack Sabre Jr. match for the event.

On the topic of Kyle O’Reilly’s recent injury, Khan stated that O’Reilly’s injury had changed “a lot of the card.”

On the topic of the potential for a Forbidden Door II event in the future, Khan stated:

“Yes, absolutely. I’ve thought a lot about it. We’ve already discussed the possibility of Forbidden Door 2 based on the success, already, that we’ve had from this event selling well over $1 million in tickets and now, because we’ve opened up some seats with the cool stage, I think we can get more fans in. There are a few seats left in Chicago. It’s been so successful of an event that we have to plan to do it again. A sequel is to be expected and it would be great to get some of those wrestlers back, but who knows, next year…you can always have people get injured.”

On the topic of NJPW’s Gedo and Rocky Romero, Khan praised both for being great intermediators and believes they have a good thing going in terms of a working relationship between both companies.

On the topic of if Forbidden Door is partially acting as a potential test by AEW to expand the amount of pay-per-view events they hold each year, Khan stated he does not view the event that way and instead it was simply NJPW having a free date available in their schedule for a co-promoted event. Khan stated that he also currently does not want to oversaturate the amount of pay-per-view events AEW holds annually.

On the topic of the decision to have an Interim AEW World Championship title, Khan stated that his decision was influenced by interim titles being an effective part of boxing and MMA and feels the same could be true for AEW. Khan stated that interim titles helps allow to create the setup for a dream match down the line, which he feels is the case with Jon Moxley vs. Tanahashi for the interim AEW World title and the winner facing off against a future dream match against current AEW World Champion CM Punk.

On the topic of a Wellness Policy for AEW, Khan stated:

“We have a wellness policy, but in the case of drinking, you have to be careful because 99% of the roster drinks responsibly and most people drink responsibly, as you see form advertisements on TV and billboards, that’s the number one thing they ask. We have a wellness policy. As far as testing for alcohol after the shows, I think a lot of people drink after the show is over and I don’t have a policy about that other than we ask people to be safe and responsible. They are totally different things and it’s comparing apples and oranges when you mention the two things like they are the same. That’s why I handled them differently. We have a wellness policy in place and it covers these things, and that’s why we’re here to support somebody when they come to me and they say ‘we have a problem.’ In Jon’s case, he went straight to it, jumped on it, checked himself into rehab because he had a problem. Jon [Moxley] could not be more responsible in what he did and we could not have been more supportive and there for him, I love him so much, having him back and on the pay-per-view, and looking the way he does and having his family healthy and happy. With Jeff [Hardy], it’s totally different. The way it went down is totally different and that’s why the statements and the way we handled the two things are different. In this case, I don’t think there is any comparison.”