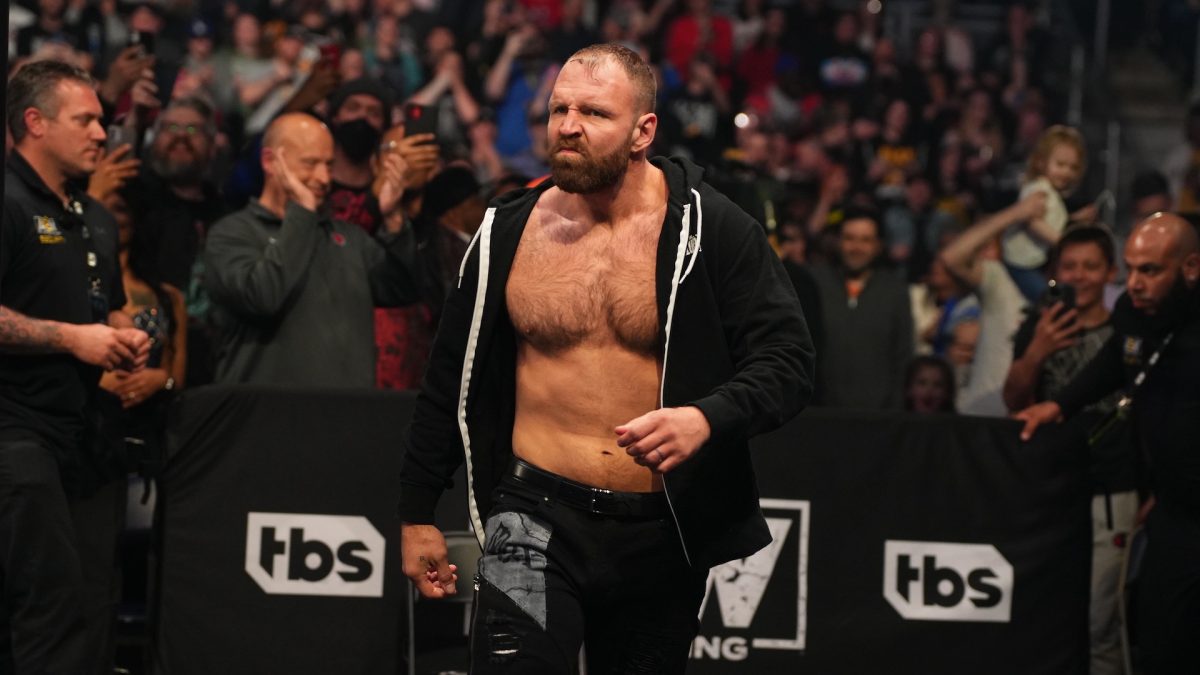 This Sunday’s AEW and New Japan Pro Wrestling’s co-promoted Forbidden Door event features an Interim AEW World Championship match between Jon Moxley and NJPW talent Hiroshi Tanahashi. This match was made following current AEW World Champion CM Punk’s announcement that he would be out of action for some time due to an injury and would be unable to compete at the event.

Dave Meltzer reported in this week’s Wrestling Observer Newsletter that his sources stated that AEW officials had originally planned for Moxley to compete in a Six-Man Tag Team match at their upcoming event. This match would have featured Moxley teaming up with Shota Umino and either Eddie Kingston or Wheeler Yuta against Chris Jericho, Minoru Suzuki, & Sammy Guevara.

Meltzer reported that this was the reason why Umino was included in the match since he would have been teaming up with his storyline on-screen mentor. Meltzer also reported that it is currently not known if it was Kingston or Yuta who had replaced Moxley for this match.

Fightful held a recent interview with Kenny Omega. One of the topics discussed included Omega providing an update on the current development of AEW’s upcoming AEW Fight Forever video game.

“It’s great that people are excited, that makes me happy. It was really challenging because I wasn’t sure what I could do, what I would be able to do. From a creative design standpoint, how I communicate my ideas, are they going to be understood? Is it going to be too off the wall? Are my ideas too broad, too grandiose for the budget? These are things I never knew going into the project. It’s now to the point where we’ve talked about what we can do and what we have the time and budget for. Now, it’s almost time for me to find something else within this project to do because the creative process is almost complete where, we know how the matches will flow, we know some of the systems, we know the action and reaction type stuff. It’s now in a process of being tuned and finely tuned from there. Still, a lot of stuff to implement, but our guys at Yuke’s are working at a blistering pace. It’s incredible the amount they are doing within a 24-hour period. It just seemed like, out of nowhere, a light switch went off and they went into hyper mode. They’re working real fast. Some of the stuff we were worried might be on the cutting room floor is now getting implemented. It was a challenge to attempt to make a brand new wrestling game, from the ground up, during the COVID era. It was very challenging. It got to a point where it seemed bleak and maybe we would never release this thing, but we kind of got past that, and with the go-getters at Yuke’s and the guys on our side and Geta [Hideyuki “Geta” Iwashita] and his old contacts that have hopped on board and helped push us to the finish line we, hopefully, can be on schedule to make sure we get this game out by this year. Hopefully. Fingers crossed.”

Stokely Hathaway Comments on His Current Career in AEW

A recent episode of the Busted Open Radio podcast had Stokely Hathaway as the guest. One of the topics discussed included Hathaway’s thoughts about his current time in AEW since joining the company this past May.

“Honestly, I can’t even put it into words. I’ve had a blast and I feel really bad for Tony Khan sometimes because I feel like I’m taking money because it’s been the most fun that I’ve had in a very long time. I mean, I (need more money), I’m not having a good time at all. It’s a struggle. [laughs]. Seriously, I’ve had a blast. Being able to see people I haven’t seen in years like Orange Cassidy and Chuck Taylor, all those guys. Just walking into the locker room and seeing your friends, people you grew up with, what can I say. I am, I was going to say lucky, but that’s not the word. I’m extremely blessed to be in the position that I’m in.

From day one at Double or Nothing, working with Jade, working with Kiera, Red Velvet, everyone. Just being able to walk in and giving a structure for a promo and them saying, ‘You fill in the gaps.’ That’s fun. We all enjoy it. Shoutout to Sonjay Dutt, he’s the man. He’s one of the best and is the creator behind a lot of the pre-tapes and promos. A lot of the good ideas, that’s Sonjay. I wish I could take credit for them, but that guy, he’s one of the best.”