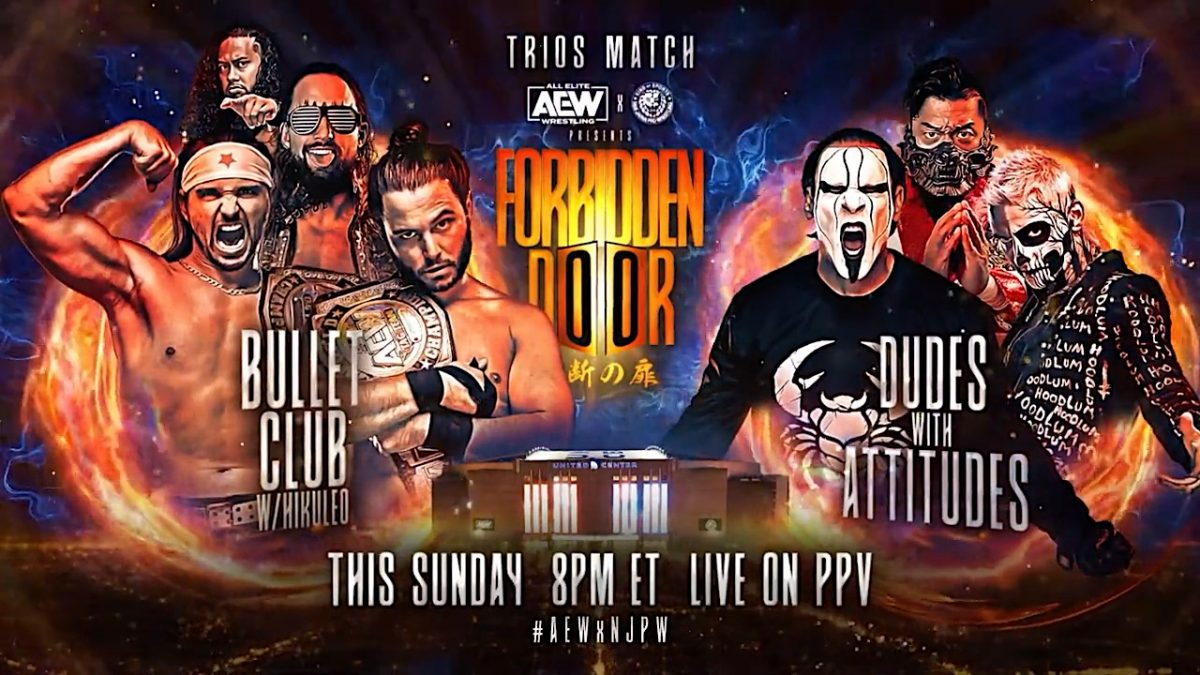 Hiromu Takahashi will no longer be at the AEWxNJPW Forbidden Door PPV because he “has a fever and can’t travel to America,” AEW announced today.

Takahashi was set to be part of an eight man tag team match at the PPV, teaming with Sting, Darby Allin & Shingo Takagi against The Young Bucks, El Phantasmo & Hikuleo. The match will now be a six man instead, with Sting, Allin & Takagi facing The Young Bucks & El Phantasmo. Hikuleo will be in the heels’ corner instead of wrestling.