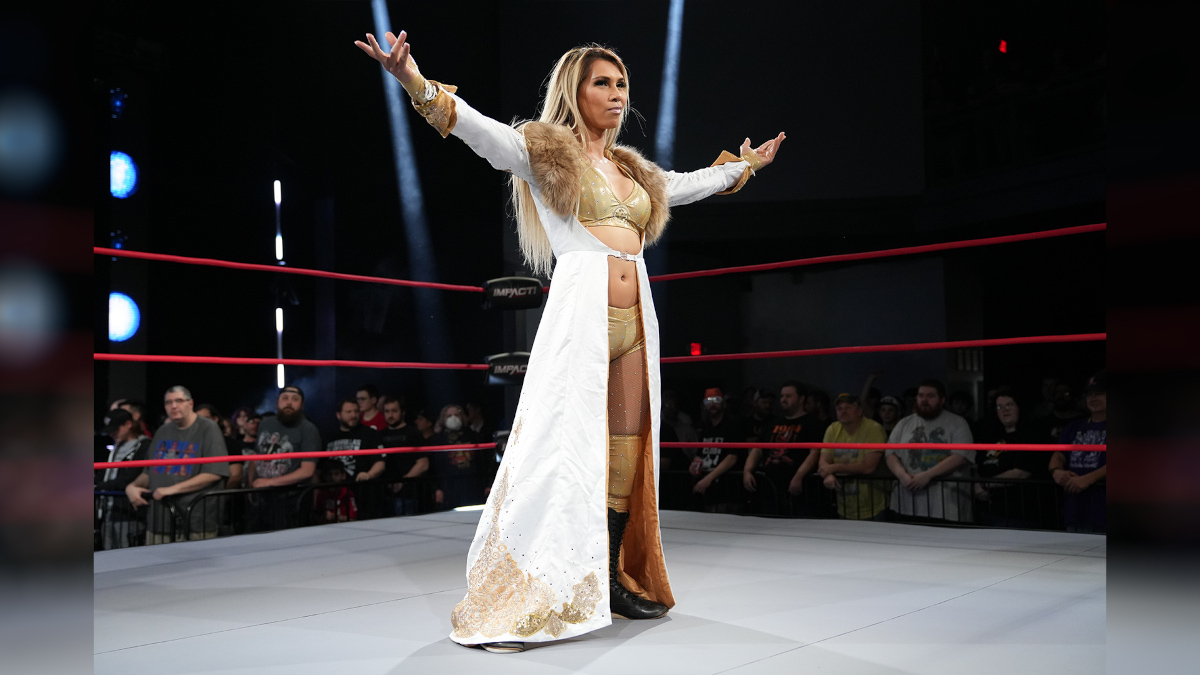 Toronto-based television show Breakfast Television held a recent interview with Impact Wrestling talent Gisele Shaw. One of the topics discussed include Shaw publicly revealing that she is a transgender woman and being proud of who she is.

“The news is that today I’m fully living my life to the fullest, truly authentic, freely, and I am a transgender and I’m very proud.

Following her interview, Impact Wrestling issued an official statement supporting Shaw and her decision to publicly come out as transgender.

IMPACT Wrestling Knockout competitor Gisele Shaw has disclosed she is a transgender woman to the wider public. Shaw, who joined IMPACT’s roster in January of this year, informed IMPACT of her decision several months ago and made the disclosure in a series of interviews today.

IMPACT Wrestling fully supports Gisele, including connecting her with prominent LGBTQ+ resources, including GLAAD and Athlete Ally, and will continue to support her.

IMPACT Wrestling Executive Vice-President Scott D’Amore said: “IMPACT Wrestling has been at the forefront of empowering female performers for over 15 years. Our company believes featuring storylines with women athletes and characters from all different walks of life can not only entertain, but also inspire.

Reigning IMPACT Knockouts World Champion Jordynne Grace expressed her whole-hearted support for Shaw’s decision. She said: “As her friend, I’m excited for Gisele to be able to inspire people with her story. I know that is important to her. I’m biased, but I think the trans community has a great role-model in her.”

Impact Wrestling is currently estimated to have generated around 1,200 to 1,400 traditional cable pay-per-view buys for this past Sunday’s Slammiversary 2022 event, according to the Wrestling Observer Newsletter.

Impact Announces New Set of Events for Chicago This August

Impact Wrestling recently announced that they will be holding two new events this August in Chicago, Illinois.

The first event was announced to be Emergence 2022 and will take place on August 12th at the Cicero Stadium in Chicago, Illinois.

The second event was announced to be Second City Slamm and will take place on August 13th at the same venue.

Join @IMPACTWRESTLING LIVE for #Emergence and #SecondCitySlamm from The Cicero Stadium in Chicago. Don’t miss your favorite Stars and Knockouts LIVE from the Second City!