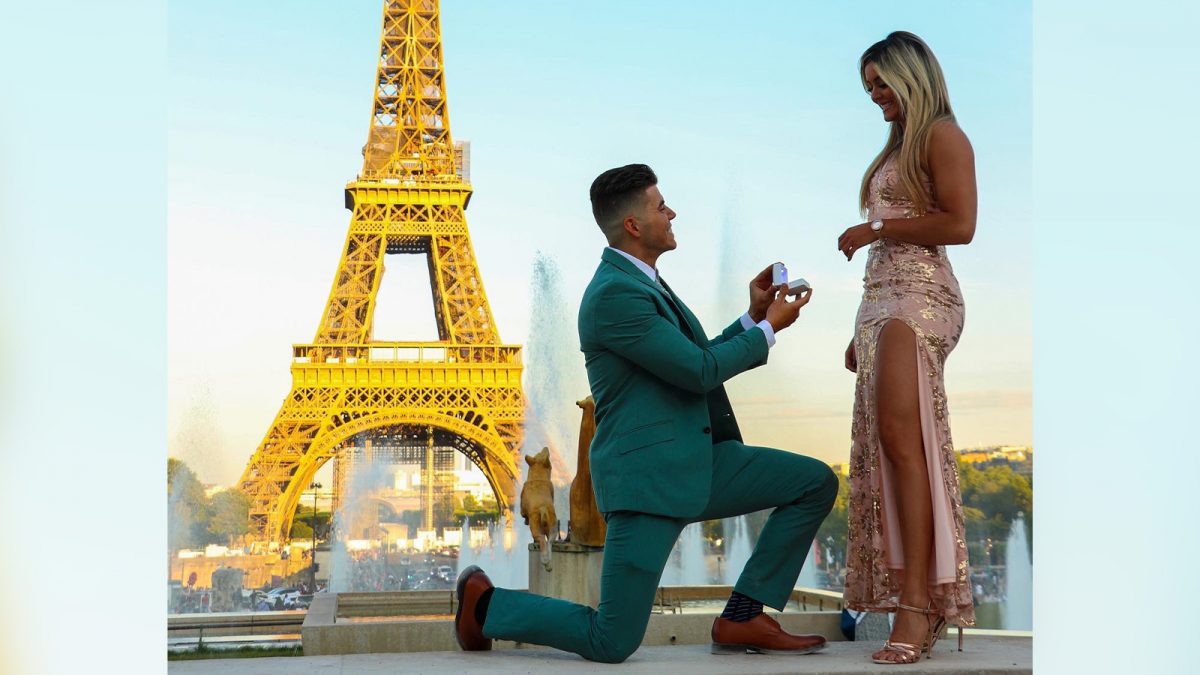 Sammy Guevara and Tay Conti are engaged to be married. Sammy proposed to Tay on Friday in Paris near the Eiffel Tower.

It’s so much better than anything that I ever dreamed of ❤️ pic.twitter.com/W2Q1OHHsJD

You & me forever ♥️ pic.twitter.com/oU7bGWV5Hk

The two have been dating since around December.

TMZ covered the proposal and has a few more photos.