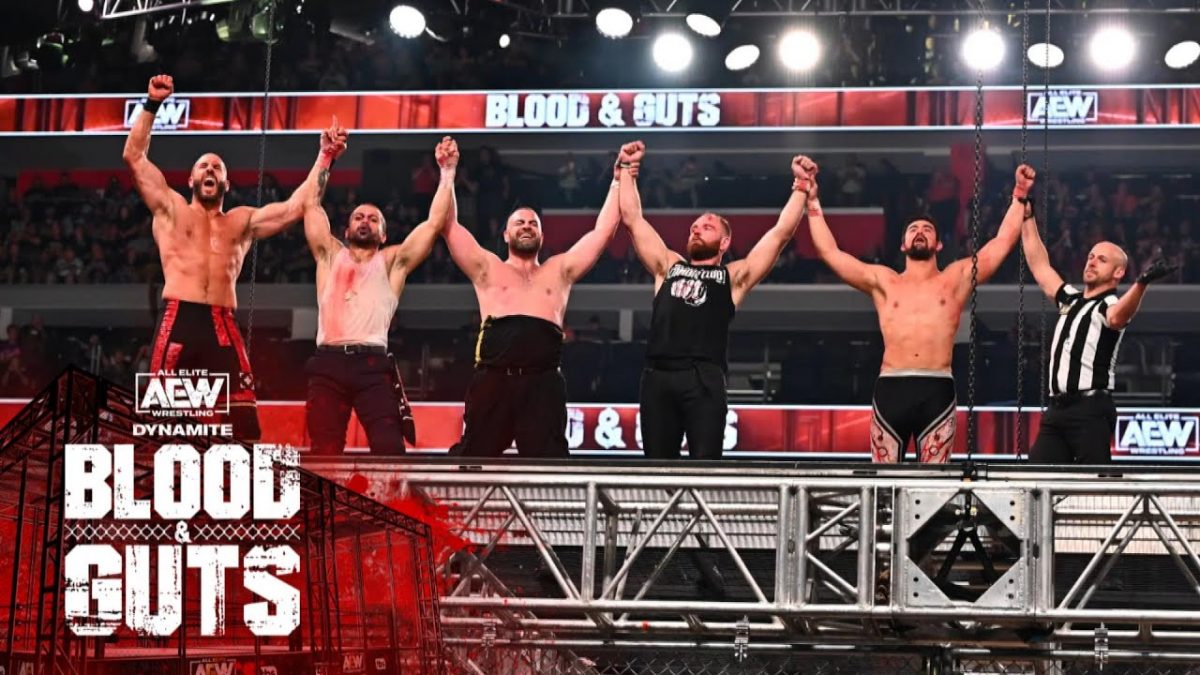 Shortly after he entered, he gave Daniel Garcia an uranage, but his left leg appeared to buckle and he went down in pain.

He never returned to the match and stayed in the corner talking to officials throughout, then was helped to the back after it was over. He didn’t join his five teammates on top of the cage in celebration after the match was over.

SH*T!! Santana appears to have gotten injured on this spot. 😧😧#AEWDynamite #BLOODandGUTS pic.twitter.com/ofehsmqNll

I’m hoping Santana is good, he been laying there for a cool minute. #AEWDynamite #AEWBloodAndGuts pic.twitter.com/IwcZxd2gXE