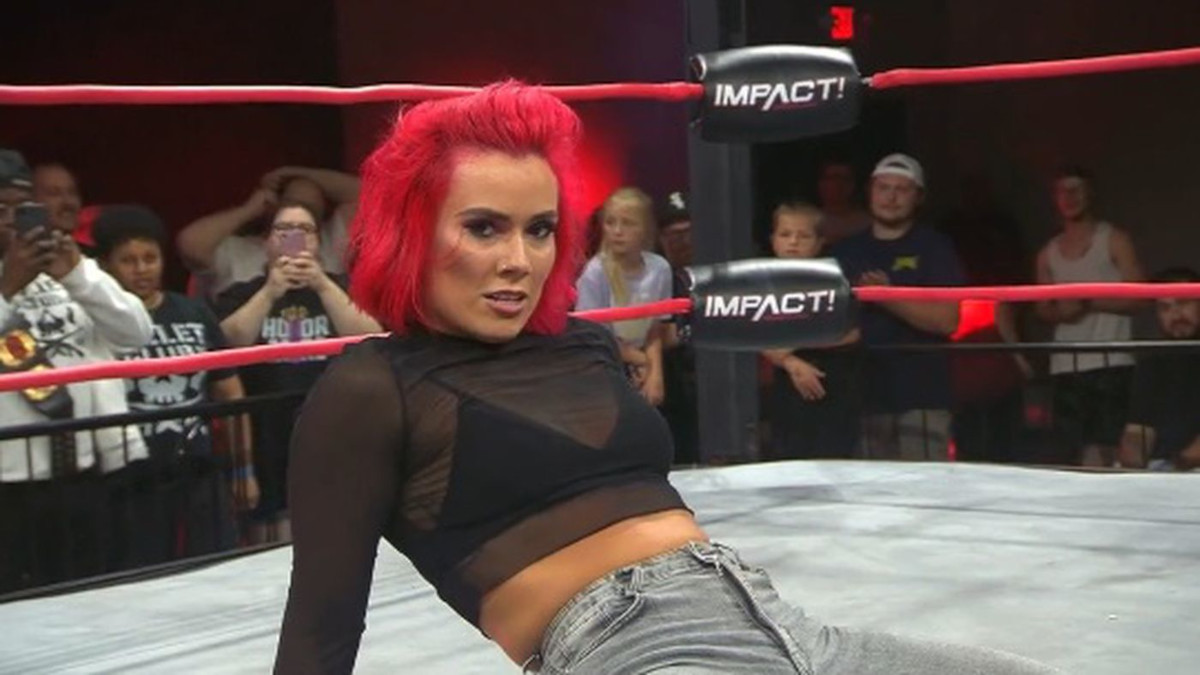 A recent episode of the Battleground Podcast had Killer Kelly as the guest. One of the topics discussed included Kelly revealing that she recently signed a new multi-year contract with Impact Wrestling to remain in the company for the foreseeable future.

“Absolutely no brainer. It’s what I wanted. I was famished for wrestling. I had a little bit of taste of the taste before and it just made me want more and more, and the fact that I was back in Portugal, not able to wrestle, and I basically haven’t since my last IMPACT appearance. I only had like a couple of matches.”

Kelly also gave her thoughts on her current goals for her career in the company.

“I have to go in order, Jordynne Grace and then everybody. But the majority of the Knockouts roster, I haven’t faced yet. I’ve only been a couple of things with Jordynne on the indies but it was always like Fatal 4-Ways, tags, it was a tag when I debuted for The Knockouts Tag Team Championship Tournament. So I haven’t had her one-on-one and I really want to do that and all the others that I never had a chance to step in the ring with. I’m really looking forward to it.

I want all the belts. The first one that I won was the wXw Women’s Championship. I was the first ever champion and then since then, nothing. Nothing at all. Like it’s terrible. Not good at all. So IMPACT, I’m gonna have to pursue all the titles.”

A trademark for “Fight Forever” was filed by GCW on July 21st for wrestling and entertainment-related purposes.

During a recent interview with the Desert Island Graps podcast, Sami Callihan revealed that Jon Moxley and himself managed to recently secure the trademark for “The Switchblades”, which is the name of their tag team on the indies. (Transcript h/t: Fightful.com)

International Wrestling Cartel recently announced that they have pulled John Morrison from their fan meet & greet pre-show for their co-promoted Superstar Showdown III event this Sunday in Pittsburgh, Pennsylvania due to injury-related travel issues.

AEW recently announced that they have donated $100,000 to ocean conservation organization Oceana in collaboration with this year’s Shark Week festivities.

During a recent virtual fan signing event for Captain’s Corner, Jake Hager stated that his next MMA fight for Bellator is currently scheduled to take place this October. Hager also stated that he is hoping to also be able to fight again this December.

As noted before, Alberto El Patron filed a lawsuit against Combate Global this past October claiming that the company still owes him money for his MMA fight in 2019 and has not given up control of his social media accounts despite him no longer working for the company. PWInsider’s Mike Johnson reported that the United States District Court for the Southern District of New York ruled on July 26th that El Patron’s lawsuit against Combate will move forward. Johnson reported that the court also dismissed Combate’s parent company Combate Global Holdco, Inc. from lawsuit and ordered El Patron to filed a second amended lawsuit by August 9th.