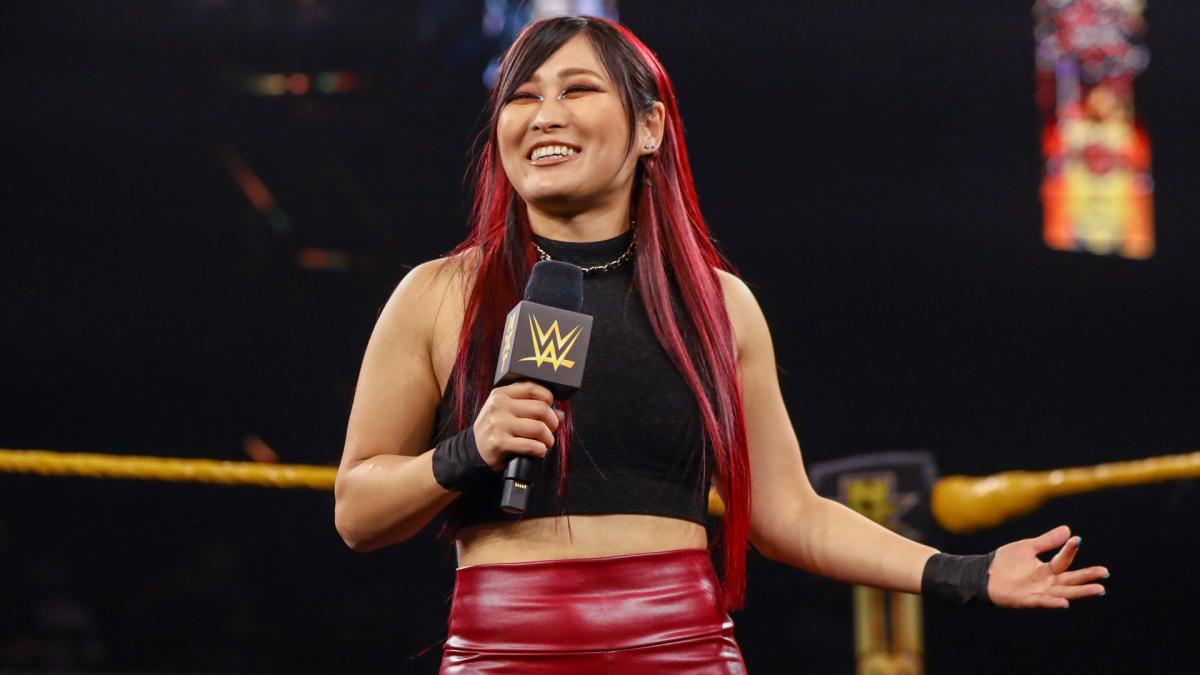 Io Shirai’s contract with WWE reportedly is currently set to expire next month, according to the Wrestling Observer Newsletter.

Dave Meltzer reported in this week’s Wrestling Observer Newsletter that his sources stated that Shirai’s contract is set to expire next month and she has yet to sign a new deal with WWE. These same sources reportedly also stated that Shirai recently told people in Japan that she is currently planning on leaving the company once her contract expires and wants to return to Japan to be close to her family.

Meltzer reported that those within Stardom currently do not have any expectations that Shirai would be returning to the company but it is likely that would be her destination following her departure from WWE.

WWE officials recently held talks regarding several potential ideas and plans for their NXT 2.0 brand, according to the Wrestling Observer Newsletter.

Dave Meltzer reported in this week’s issue that his sources stated that some of the potential plans recently discussed included pairing Ivy Nile and Tatum Paxley as a new tag team for NXT’s Women’s Tag Team division.

Another plan recently discussed reportedly included splitting up the recent pairing of Cora Jade and Roxanne Perez. This plan reportedly would involve Jade turning heel on Perez and them engaging in a feud afterwards.

WWE recently announced that a new episode of their Table for 3 series will be airing today on the WWE Network and NBC’s Peacock.

It was announced that this episode is titled Table for 3: Bone Street Krew and will feature The Undertaker, The Godfather, Rikishi, Henry Godwin, and Mideon.

A monumental lineup of new and original programming is streaming this week exclusively on Peacock in the U.S. and on WWE Network everywhere else!

On Wednesday, WWE’s The Bump is back at 1 p.m. ET featuring WWE Hall of Famer Kurt Angle!

An exciting episode of NXT UK is set to air Thursday as Trent Seven steps back into the ring to answer for his betrayal of long-time Moustache Mountain partner Tyler Bate.

On Friday, close out the week with a special edition of Table For 3: Bone Street Krew featuring WWE Hall of Famers and legends Undertaker, Godfather, Rikishi, Henry Godwin and Mideon.

Finally, find out which WWE Superstars will ascend the ladder and earn a coveted championship opportunity at WWE Money in the Bank Saturday night at 8 p.m. ET. But before the Premium Live Event kicks off, tune in for a special WWE’s The Bump at 4 p.m. ET, followed by the WWE Money in the Bank Kickoff at 7 p.m. ET.

And as always, catch up on all the major events and moments leading up to WWE Money in the Bank with Raw Talk streaming immediately following Raw on Monday night and The SmackDown LowDown available to stream on Saturday.