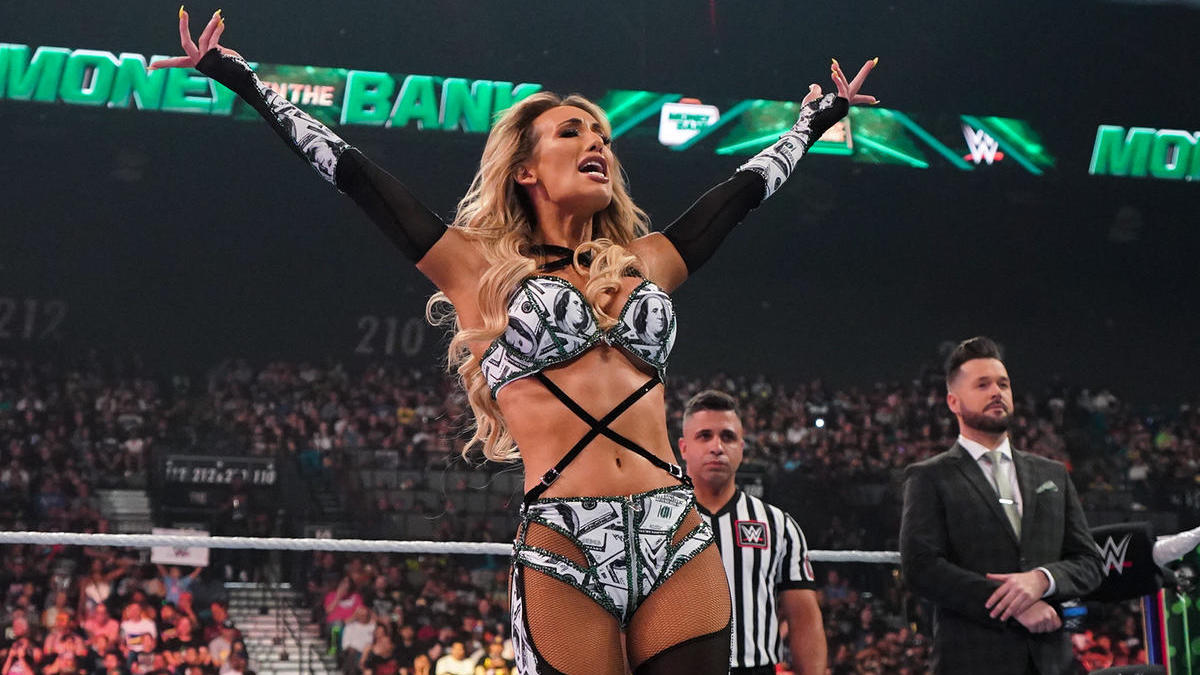 It was reported that Carmella suffered a potential head injury during her match against Bianca Belair and Asuka at WWE’s house show event in North Charleston, South Carolina. The injury occurred following a spot where Belair was performing punches to Asuka on the ropes in the corner and did a flip to escape Carmella who was running in to interrupt her attack. This resulted in Carmella and Belair butting heads leaving Carmella dazed afterwards.

It was also reported that Paxley suffered a potential broken nose injury during her match against Sloane Jacobs at NXT’s house show event in Gainesville, Florida. The injury occurred following a spot where Jacobs kicked Paxley resulting in Paxley hitting her face hard on the ring post causing the match to be quickly called off and Palxey receiving medical attention afterwards.