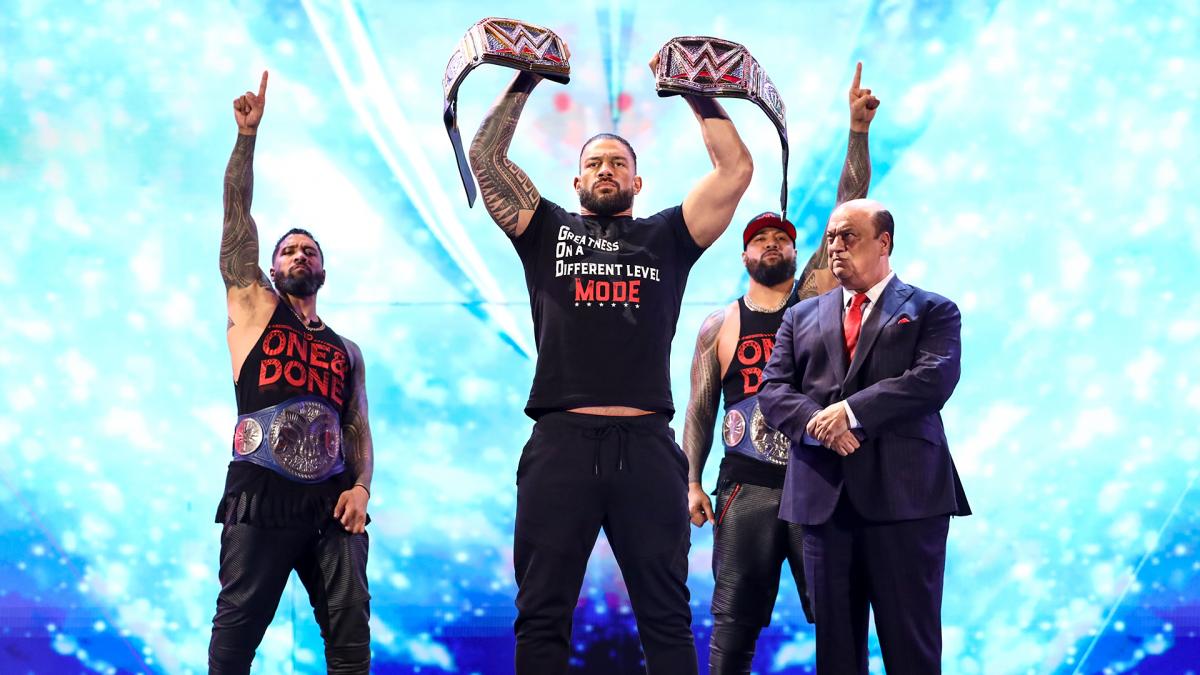 Friday’s episode of WWE Friday Night SmackDown featured the official WWE returns of Karrion Kross and Scarlett Bordeaux. During the main event promo segment between Roman Reigns and Drew McIntyre, Kross’ music played interrupting McIntyre’s promo which resulted in Bordeaux making her surprise appearance. Kross would later make his own surprise appearance in an ambush attack on McIntyre and had a staredowm with Reigns to close out the show.

Fightful Select reported that their sources stated that there was a recent pitch within WWE’s creative team regarding the idea of splitting up the Undisputed WWE Universal Championship. This pitch reportedly originated from USA Network who wants a top title to be featured more often on RAW programming. The reason reportedly is due to USA Network officials have not been happy that Reigns has rarely appeared on their brand’s shows since winning the Undisputed WWE Universal title at WrestleMania 38.

This idea reportedly involves Kross being inserted into the current McIntyre vs. Reigns feud and also be involved in a match for one of Reigns’ titles instead of both as a way to split up the unified WWE and Universal titles currently held by Reigns.

It was also reported that USA Network officials also recently pitched the idea for an Interim World title for their brand but it is currently not known if that was ever seriously considered by WWE.