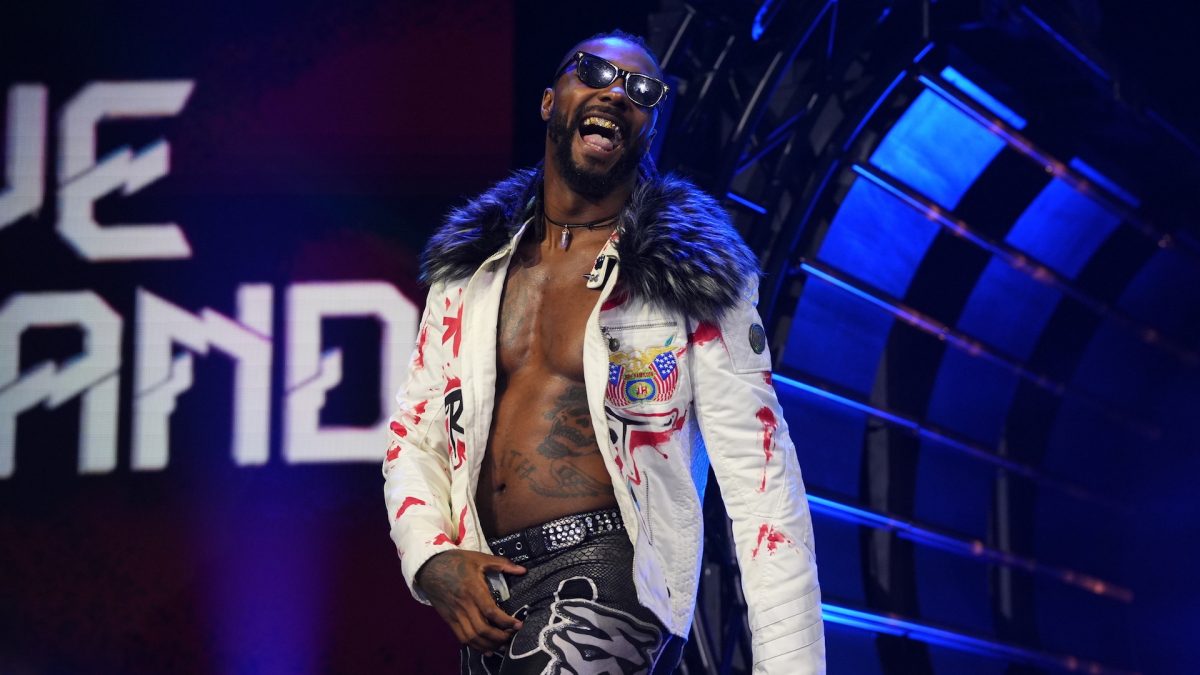 A recent episode of The Sessions with Renee Paquette podcast had Swerve Strickland as the guest. One of the topics discussed included Strickland’s thoughts on the frustrations he had with his career during his time in WWE.

“For that first year, I felt like I was just like a good hand to have and that’s also what built up a lot of that resentment. It’s starting to build a little bit cause I put over the Lio Rushs, I put over the Cameron Grimes’, I put over the Santos Escobars, I put over the Bronson Reeds, the Austin Theorys. I kept putting all these people over.

I would stare holes in him all day at production, I wanted him to feel the heat that I was glaring on him. Finally, when we did have a conversation, I’m like, ‘What is your hesitation putting the ball in my hands?’ He gave me the answers that kind of felt like they were repetitious answers from this person asking him, this person asking him, and the one before.

I knew keeping tapping that egg, it wasn’t going to work.

Then it was just like, okay cool, and that’s where it started really turning around. That’s where my hair color started changing, they put the grills in my mouth and all that other stuff. I really started dabbing into the hip hop field of things.

Then Stephanie McMahon came up and said, ‘You’re like my favorite heel, you’re my favorite heel here’, and then everything just kind of whirlwind and went up from there. That’s when Hit Row started forming.”

Strickland also gave his thoughts about his Hit Row group being broken up and released from the company only a couple of weeks into their main roster run at the time.

“It hit hard because they got rid of Briana right away. That indicated to me and everybody else, like, I don’t think they believe in us as much as they think they should believe in us. For me, the writing was on the walls.”

Strickland also gave his thoughts about how his current time in AEW has made him completely forget about his career in WWE.

“So like right away, I was just like, [my] first three months in AEW made me completely forget about my last three years in WWE. I put all of that focus and energy and that resentment and stuff into building something. Now, it’s like I’m here seven months and I truly believe without a shadow of a doubt I’m the best acquisition of 2022 in any company.

Those big disappointments turned into big successes later on for me.”

A recent episode of the Dynamite Download podcast had Wardlow as the guest. One of the topics discussed included Wardlow’s thoughts on wanting to help bring AEW into the mainstream.

“I truly believe how I can really contribute next level to the company, I truly believe I can be somebody that can get into the mainstream light and bring a whole different audience to our show, to our company. I truly believe that I can get into, you know, Hollywood-type shows, movies and just get a whole new world onto AEW and hopefully some opportunities will come to light there and I truly believe I’m the one to do it and I think it would just extremely benefit obviously me but also the company huge.”

Wardlow also gave his thoughts about his post-match promo on the September 7th episode of AEW Dynamite about his up and down momentum in AEW since winning the TNT Championship.

“I didn’t call out the locker room, I called out the business [Wardlow said about his post-match speech on the 9/7 Dynamite] … You know, the thing is that wasn’t a promo… It’s real, it’s very real. It’s more real than anybody could even fathom. That’s the thing man, the line between who you see on TV and who you see in real life can be very, very blurry at times. That was very real. I see that stuff and I know things. When you go from literally one of the best feuds in professional wrestling in many, many, many, many years, of course anything you do after that is gonna be difficult to follow up with. Do I feel like maybe I dropped the ball a little bit? Maybe. But I feel like I owe it to the fans and I owe it to myself to turn it up and it’s time for me to challenge next-level people. What is next when you think about it? What is next for Wardlow? But really, it comes down to who’s gonna step up. I’ve just called everybody out, I called everybody out. Who’s gonna step up? Who are the next-level guys that are gonna step up? Door’s wide open.”